Opera NEO opened its annual Summer Opera Festival Friday, August 6, with a spirited production of Mozart’s The Marriage of Figaro, the opera that launched this enterprising San Diego company ten years ago. The Marriage of Figaro was Mozart’s first indisputable success on the stage, and perhaps Opera NEO Artistic Director Peter Kozma continues to believe that Mozart’s triumph will also become his company’s triumph. 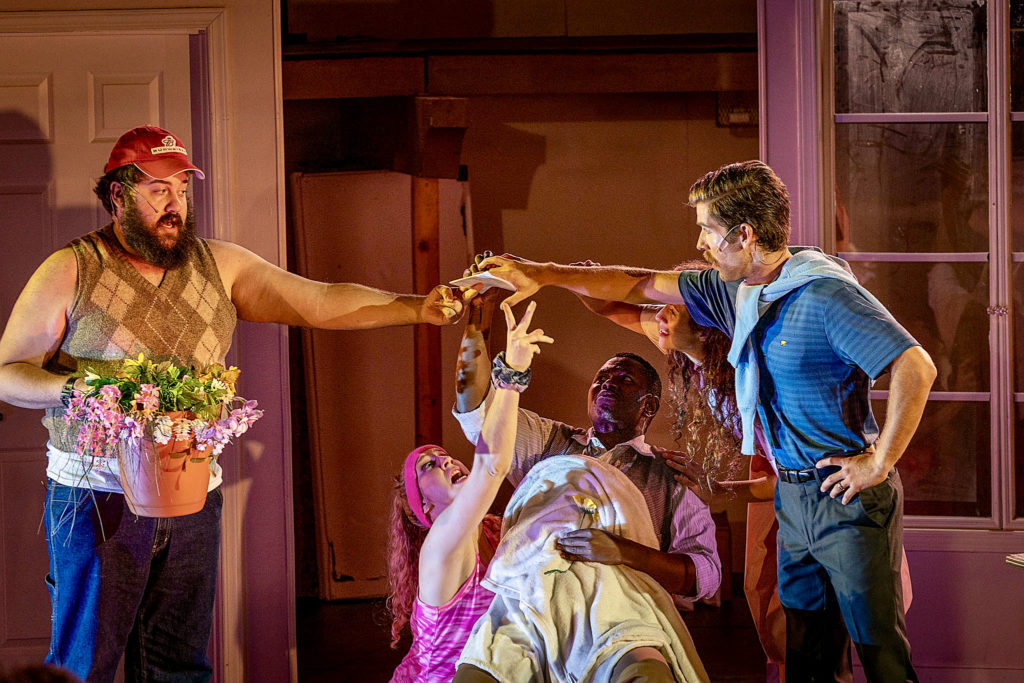 Kozma assembled a particularly strong cast for this production with singers who have proven their calling in previous Opera NEO seasons. In the title role, South African baritone Langelihle Mngxati, who sang Jove in the company’s 2019 production of Francesco Cavalli’s La Calisto, used his bright baritone and athletic body language to give us a marvelously confident Figaro. A winning Pamina in last season’s online account of Mozart’s The Magic Flute, Sara Womble’s clear, supple soprano fused that character’s noble soul into the spirit of Susanna— Figaro’s intended—a servant with abundant wit and patience to deal with devious men who surround her.

Baritone Evan Cooper, who sang comprimario roles in the company’s 2018 Merry Widow and 2017 La Giasone—another Cavalli gem Opera NEO brought to life—filled Mozart’s predatory Count Almaviva with verve and requisite bravado, as well as considerable vocal allure. Soprano Sydney Anderson made an excellent impression with her flashy coloratura as Elettra in Opera NEO’s 2018 production of Mozart’s Idomeneo, and she brought vocal assurance to the Countess, but her demeanor suggested more suburban housewife than minor nobility.

As Doctor Bartolo, hearty baritone Jared Lesa saved the malice from his last Opera NEO role, Don Magnifico in the 2019 La Cenerentola, and aptly vented it as the character who is seeking revenge on poor Figaro. Soprano Natalie Lewis, one of the charming Three Ladies in the 2020 Magic Flute, exchanged exuberant charm for the scheming nature of Marcellina, the woman who attempts to extract a difficult price on Figaro for an unpaid loan she made him. The vibrant tenor Dane Suarez, the exciting title character of the 2018 Idomeneo, excelled as Don Basilio, the other member of this menacing trio. 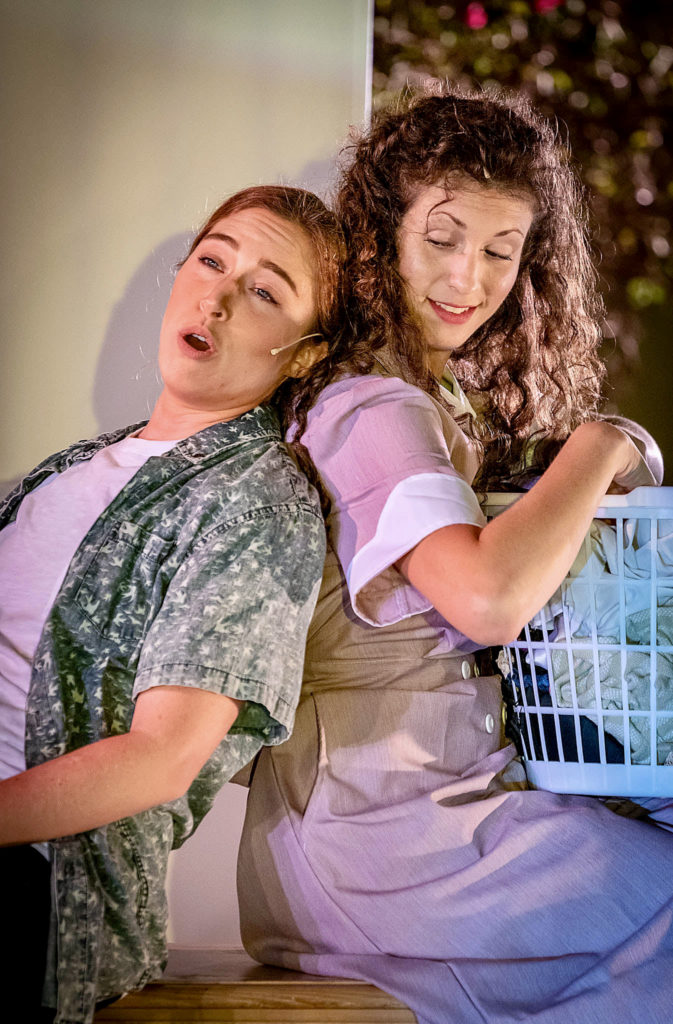 Amanda Fink, new this season to the Opera NEO company, sang Cherubino with considerable flair, although the mezzo-soprano carried out Mozart’s intentionally humorous charade—a woman singing a young man’s role being disguised as a woman—with more caricature than I thought necessary. And ringing baritone Jeffrey Goldberg made the most of his cameo role, the gardener Antonio, who reports to the Count Cherubino’s clandestine escape from the second-story window.

In his customary compound role as conductor and stage director, Peter Kozma kept the opera’s dramatic pace lively on the modest stage of the Palisades Amphitheater, and he drew a crisp, focused account of the score from his orchestra—one of the best pit ensembles I have experienced in Opera NEO’s decade of performances. Kudos to harpsichordist Kihwa Kim for her sparkling accompaniments in the recitatives. 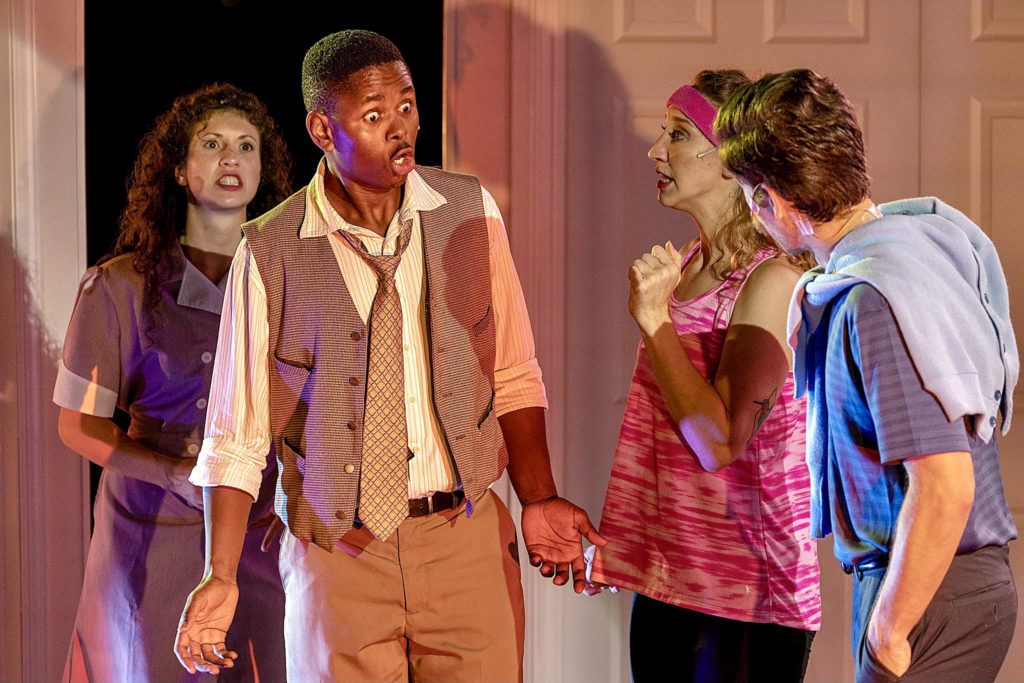 Not a fan of starchy period productions, Kozma set this drama in a contemporary period—to judge from furnishings and the brightly colored telephones, I suspect the 1990s—and Jemima Dutra’s perky California casual costumes fit the era perfectly. The massive, white double doors that gave entrance to the Count’s “palazzo” appeared to be patterned on the swanky hillside residences in neighboring Del Cerro.

This Opera NEO production at the Palisades Amphitheater in Allied Gardens opened on August 6, 2021; I attended the August 7 performance. One performance of  ‘The Marriage of Figaro’ remains: August 14.