Opera NEO returned online Saturday with the third installment of its virtual production of Mozart’s The Magic Flute. Although this modest portion of the opera may be its least memorable section—the beginning of the second act, when Prince Tamino and Papageno clumsily commence their initiation trials in Sarastro’s order—it does contain one of Mozart’s most famous arias. As Queen of the Night, soprano Danielle Bavli confidently sailed through the stratospheric acrobatics of “Der Hölle Rache,” that character-defining aria in which the Queen commands her daughter Pamina to off her arch-enemy, Sarastro. 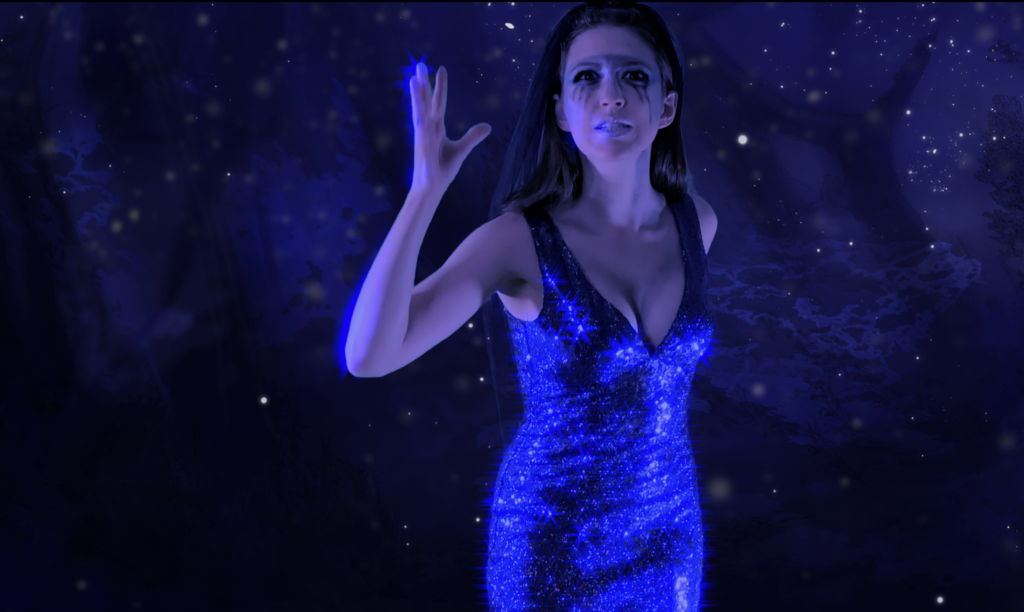 In a large contemporary opera house, it is customary for the Queen, a role usually assigned to a dramatic soprano with reasonable coloratura facility, to mightily blaze her way through Mozart’s daunting fioritura making it an ominous, roof-rattling Verdian vengeance aria. While Schikaneder’s text lurid text supports such an interpretation, I think that Mozart’s airy F-major arpeggios that dance above the treble clef are more a sign of the Queen’s authority over her dreamy daughter than malevolence toward Sarastro. So I thought Bavli’s sparkling, articulate, but more modestly scaled approach to her signature aria was probably closer to what Mozart heard from the sopranos of his day.

Bass Jóhann Schram Reed as Sarastro provided the other focus of this segment of the opera, and both of his arias aptly radiated the calm gravitas of his magisterial status in the opera. I particularly appreciated the rich sonority of “O Isis und Osiris” as well as his graceful delivery of “In diesen heilgen Hallen,” supported by aptly dulcet chords from the orchestra. The short duet sung by his two priest-assistants, tenor Jamie Sanderson and baritone William Fishwick, gave a bright edge to their Masonic-inspired, misogynist warning delivered to the opera’s protagonists Tamino (Andy Zimmerman) and Papageno (Luke Harnish) about the wiles of women.

The Three Ladies from the first act, Michele Navarro-Currenti, Claire Cooper, and Natalie Lewis, made their ghostly visitation to Zimmerman and Harnish, and their resultant quintet with them bristled with the vibrant energy this female trio so readily conjures. As the bothersome Monostatos, tenor Mason McDermaid carried off his aria “Alles fühlt der Liebe” with confident cheer, although his character strikes me as a villain from another opera who has wandered into The Magic Flute by accident. Under the direction of Peter Kozma, the Opera NEO orchestra opened this episode with a well-paced, lyrical account of the “March of the Priests,” one of those sparkling gems of perfection Mozart turned out simply to set a scene where most composers would toss off a few succinct but utterly forgettable measures.