The moratorium on live performance due to the coronavirus pandemic has left U. S. opera companies in limbo, although some of the companies are presenting solo vocal recitals online by their accomplished resident singers, usually performing from their living rooms. And major companies such as the Metropolitan Opera are rebroadcasting past performances unearthed from their vast archives. But new productions have come to a halt.

In more usual times, San Diego’s Opera NEO would be completing its annual three-opera summer festival this weekend. Earlier this summer, Artistic Director Peter Kozma boldly decided he would mount one of the summer’s scheduled festival operas virtually, Mozart’s beloved The Magic Flute, with the cast he had originally intended to bring to San Diego for his August festival. Each cast and orchestra member would record their parts at home and send them to San Diego for virtual assembly. 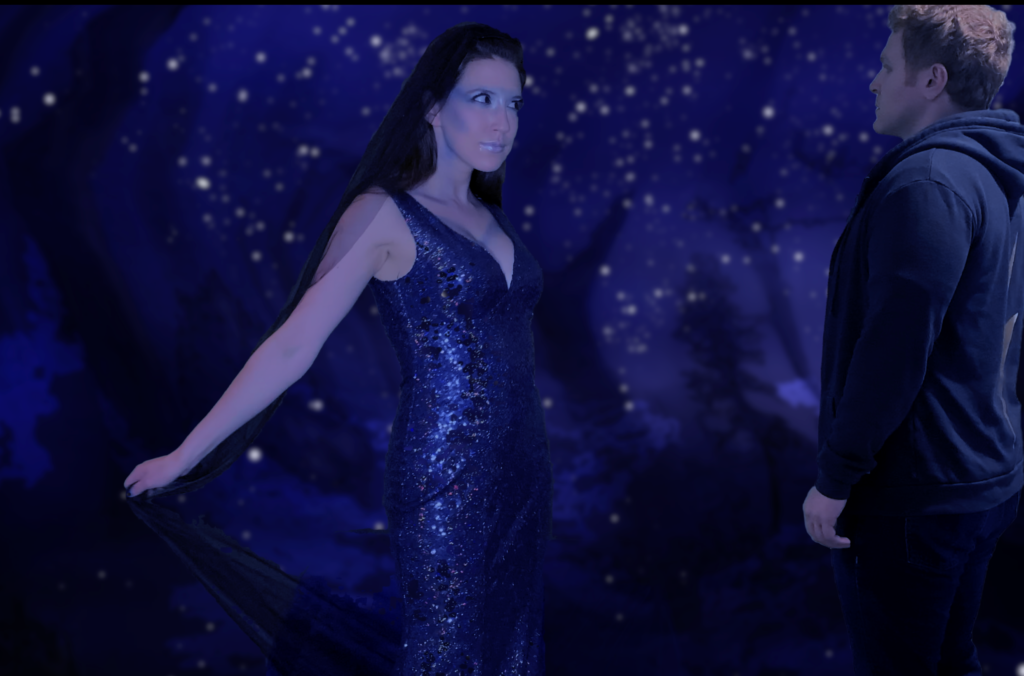 Saturday, August 15, Opera NEO made history and opened its virtual production of The Magic Flute to eager audience members seated in their own living rooms in front of their computers. The good news is that Opera NEO has successfully met the daunting technical challenges of mounting an opera in this medium and has maintained its own high standards of presenting skilled, energetic young singers in a favorable environment. The disappointment is that because of the extremely labor-intensive process of fusing the recorded tracks of each individual singer and orchestra member, only the first quarter of the opera proved performance ready by August 15. Kozma and his crew are still working on the other three installments of the opera, and have not at this time announced the roll-out dates of the complete opera.

At the production’s opening, the appearance of the vivacious Three Ladies, attendants to the Queen of the Night, set an enviable vocal standard. From First Lady Michele Navarro-Currenti’s bright, soaring soprano volleys to Third Lady Natalie Lewis’ velvet mezzo-soprano sonic cushion, the exuberant vocal trio assured the audience that this German Singspiel would convey the humorous delight Mozart and his clever librettist Emanuel Schickaneder intended. Luke Harnish bounded on the scene as the rustic Papageno, bird-catcher for the Queen, his luxuriant baritone imbuing Mozart’s intentionally simple strophic song with exceptional allure. As a sign of his character’s self-absorption, Harnish spent part of his aria unwrapping and nibbling on a sandwich plucked from his bag.

Sweet, fresh-faced Andy Zimmerman presented the perfect visage of the dashing young Prince Tamino, the plot’s protagonist, and his clear, well-focused tenor—pure delight in his signature aria “Dies Bildnis ist bezaubernd schön”—suggested just enough Italianate edge to make it endearing but not overbearing in the manner of the bloated tenor romantic leads so adored by 19th-century opera composers.

If the Queen of the Night’s first act aria is less celebrated than her vocal fireworks extravaganza in the opera’s second act, soprano Danielle Bavli gave “Zum Leiden bin ich auserkoren” its shimmering, lyrical due. I hope, however, she will traverse that later show-stopping aria displaying greater precision in its more demanding fioritura.

All of the action of this opening scene took place in front of a pleasantly abstract forest night scene, with brightly-colored, slightly cartoonish, birds flying in and out. I say “cartoonish,” because their bright plumage would not be clearly visible at night in the forest. Although none of the singers actually worked together in performance, their careful placement on the screen created a convincing illusion of genuine ensemble interaction.

For the sake of emotional and dramatic continuity, I hope that when Opera NEO releases each additional segment of this opera, they will append it to its previous installment. Especially in opera performance, the emotional credibility of a work depends on the thoughtful building of the work’s dramatic arc. This is what makes opera so satisfying.

In addition to those astounding high notes, of course!

Check the Opera NEO website to acquire access to this first installment of The Magic Flute, as well as for future information concerning the three additional installments of this production.