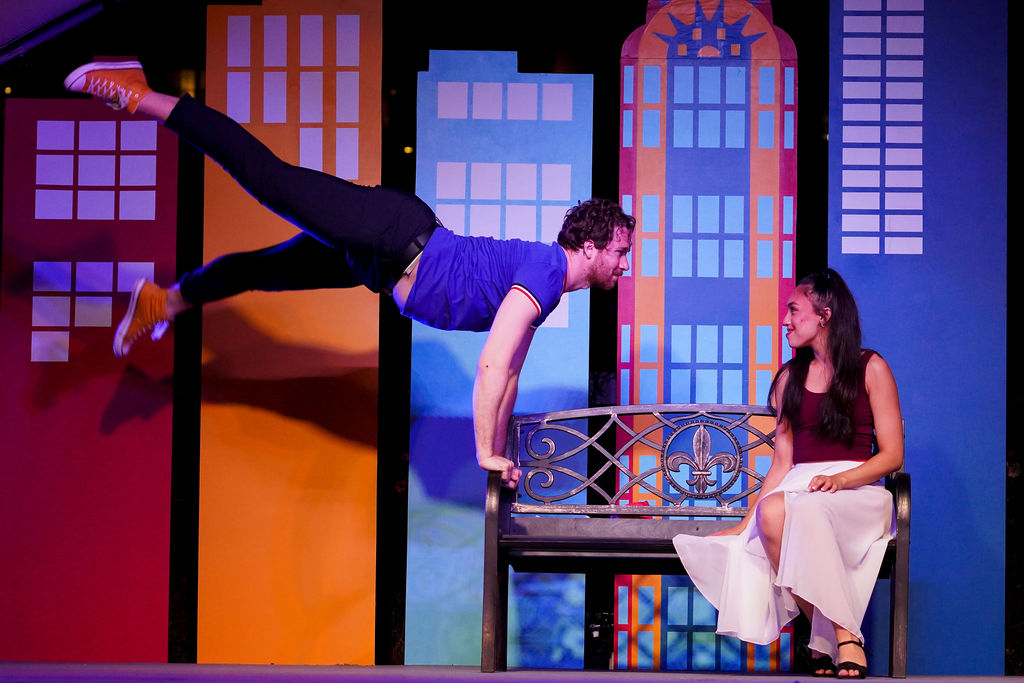 Some of the artist’s best music is featured in New Village Arts’ excellent production of Leonard Bernstein’s New York.

The songs are largely made up of selections from the musicals, On the Town, Wonderful Town and West Side Story. In between the tunes, which includes lyrics by Bernstein, Stephen Sondheim, Betty Comden and Adolph Green, stars Johnisa Breault and Trevor Rex discuss Bernstein’s professional career. They talk about the joys and struggles of living in Manhattan as well.

In a little over an hour, the audience gets to enjoy just how versatile Bernstein was in his Broadway work. His melodies can be funny and witty, such as in the Wonderful Town musical number, “What a Waste,” and incredibly beautiful and sincere as shown in the West Side Story duet, “One Hand, One Heart.”

Those elements of Bernstein’s songwriting are showcased by the performers and crew on Doug Cummings’ set, which feels like an artistic postcard paying tribute to the Big Apple.

Artistic Director, Kristianne Kurner, is able to keep the brisk pace, without ever rushing the evening. She makes every moment of the short runtime count, so that theatregoers are highly satisfied throughout the rendition.

Breault (who wears a variety of unique costumes from Rae Henderson-Gray) and Rex are equally strong when it comes to singing and dancing (Jerome Robbins influenced choreography by Jenna Ingrassia-Knox) and hosting the musical revue at The Flower Fields at Carlsbad Ranch. 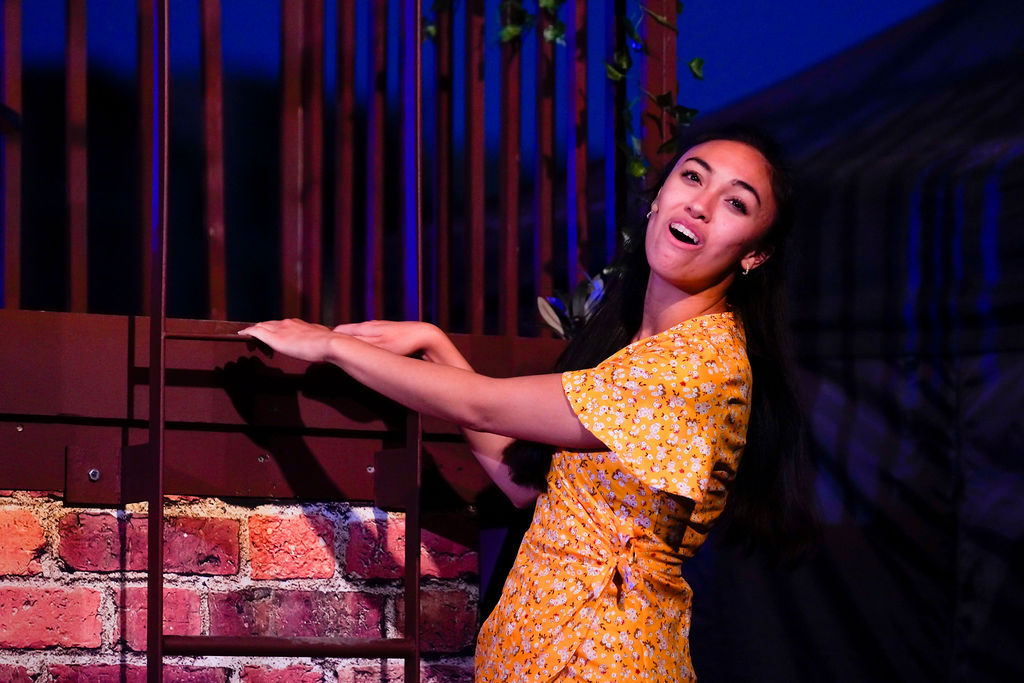 The two of them are captivating whether they are crooning together, or taking part in solo numbers.

They are backed up by an onstage band led by conductor and pianist, Nina Gilbert, and the musicians capture the high energy of Bernstein’s hit shows.

As fun as the lighthearted moments are, Bernstein’s more serious scores are also memorable at the outdoor venue. One of the best sequences is set to “Lonely Town Pas De Deux” from On the Town. While there isn’t any singing, the beautiful instrumental number is a romantic one that highlights dance movements from Breault and Rex, the band, Ingrassia-Knox’s choreography and Kurner’s direction.

Since Bernstein’s music is still beloved by so many, Kurner has found the perfect time to pay tribute to his legacy. Lifelong fans and new fans will be won over by New Village Arts’ summer event.

READ MORE ABOUT MUSICAL NUMBERS AND CAST AND CREW HERE