When the San Diego Early Music Society brought the Baltimore Consort to La Jolla in 2016, their soprano Danielle Svonavec made a strong impression. Her vivacious vocal interpretations and outgoing stage presence enlivened Baltimore’s accomplished but rather staid instrumental quintet. The addition of the dramatic countertenor José Lemos to the Baltimore roster has clearly raised the ensemble to the next level, and his participation helped make Baltimore’s Saturday La Jolla concert A Glorious Light! one of the more exciting early music programs I have encountered. 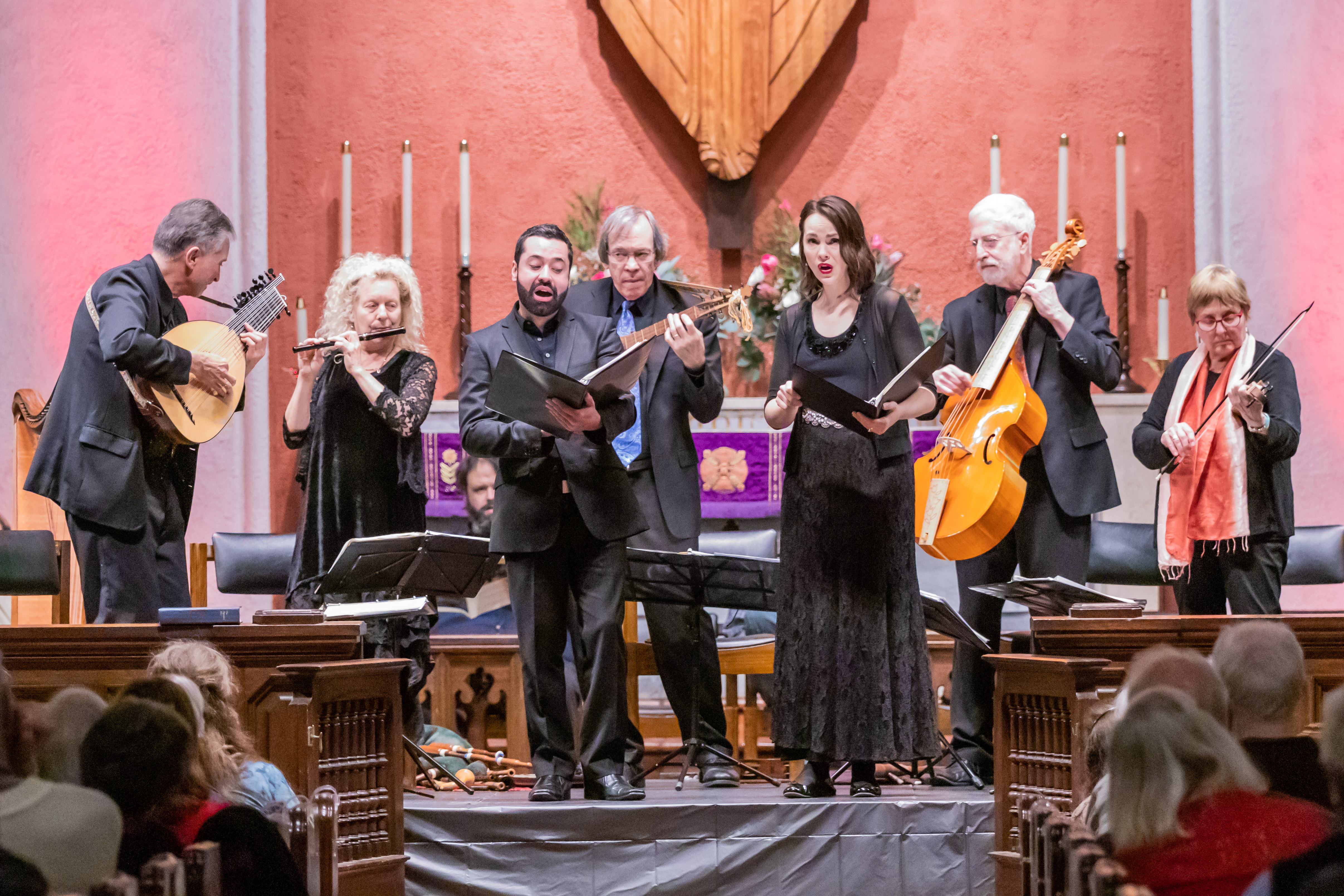 Lemos opened the concert with a stirring account of Sydney Carter’s “The Lord of the Dance,” a contemporary poem set to that traditional Shaker tune “Simple Gifts”—not exactly an authentic early music treasure, but the tune is rooted in Appalachian folklore. Mindy Rosenfeld’s wooden traverso added edge to the tune’s rhythmic drive.

Svonavec and Lemos infused “Gaudete, Christus Natus,” a motet from the celebrated 16th-century manuscript Piae Cantiones, with rhythmic vigor. Mary Anne Ballard on rebec, assisted by three pleasantly raucous krummhorns, gave an amusing account of another tune from that manuscript titled “Tempus ad floridum.” You may not recognize the title of this 13th-century spring carol, but you have probably sung it to the text of “Good King Wenceslas Looked Out,” a bit of doggerel penned by that British high-church hymnodist John Mason Neale that he attached to “Tempus ad floridum.”

Baltimore’s set of three Spanish villancicos (folk carols) proved irresistible: Svonavec sang an animated and lavishly ornamented “Dadme albricias hijos d’Eva” (“Sons of Eve, hear my tidings!”), and the two singers treated “Señores, el qu’es nascido” (“Sirs, one who is born”) with the dignity of a Palestrina motet. In the late 1950s, Noah Greenberg and his New York Pro Musica ensemble made the villancico “Ríu, ríu chíu” popular through recordings and publication in the ensemble’s distinguished choral series. And although it makes a rousing ensemble madrigal, Lemos gave it a fiery solo solo interpretation that could have easily fit the mood of a racy zarzuela.

As a child, I recall seeing depictions of Christmas carolers clad in ostentatious Victorian costumes wearing cheery smiles as they sang at doorstep. Later, of course, we learned that the historical practice of wassailing was quite different. Members of the poorest ranks of the social order gathered outside the houses of the well-to-do, first politely asking to be brought inside from the cold and given some of their holiday bounty, but then threatening their “betters” with unfortunate consequences if they did not assent. The English language wassails recount this activity with candor, and Svonavec’s knowing, eyebrow-raising vocal edge as well as her tart declamation in the Welsh “A Wassail, a Wassail throughout all this Town” and the traditional Gloucestershire “Wassail, Wassail all over the Town” proved refreshingly authentic. In these wassails, Rosenfeld’s small set of bagpipes and Larry Lipkis’s quaint gemshorn added welcome exotic colors.

The Baltimore Consort heralded German and French carol traditions with arrangements of the beloved dance carol “In dir ist Freude” (“In Thee is Gladness”) and the “Noël nouvelet (“Sing a new noel”), both tunes favored and elaborated upon by the great Baroque organ composers J. S. Bach and Claude Daquin. “Noël nouvelet” made an exciting program finale, with both soloists accompanied by the full ensemble tearing along with the verve of a symphony orchestra let loose on a Beethoven scherzo.