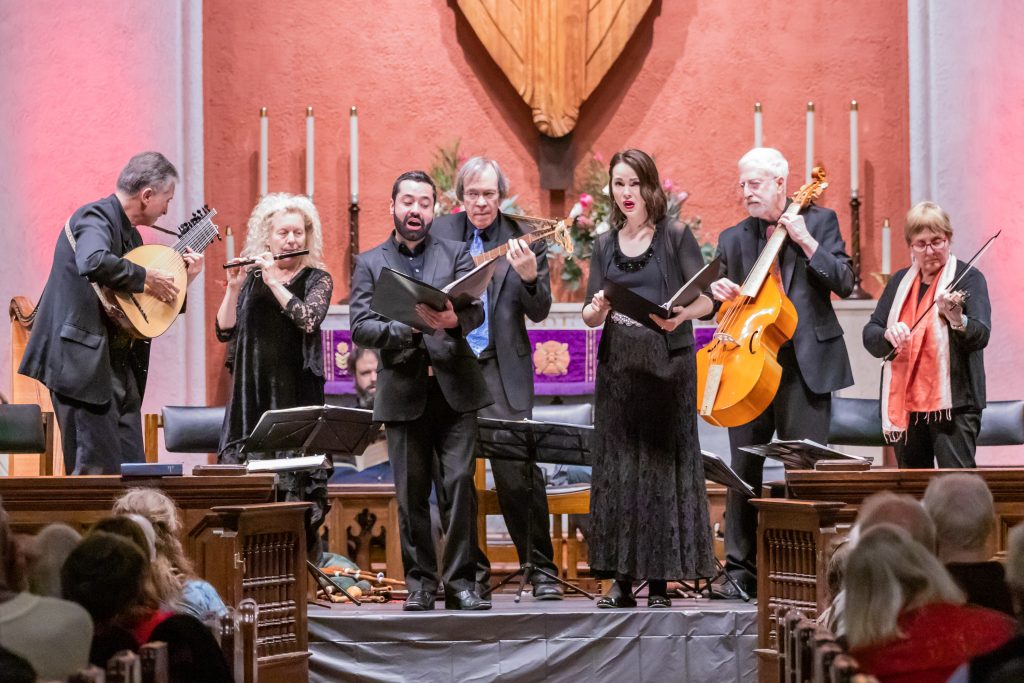 When the San Diego Early Music Society brought the Baltimore Consort to La Jolla in 2016, their soprano Danielle Svonavec made a strong impression. Her vivacious vocal interpretations and outgoing stage presence enlivened Baltimore’s accomplished but rather staid instrumental quintet. But the addition of the dramatic countertenor José Lemos to the Baltimore roster has clearly raised the ensemble to the next level, and his participation helped make Baltimore’s Saturday La Jolla concert A Glorious Light! one of the more exciting early music programs I have encountered.

The Baltimore Consort’s program in La Jolla on March 13 presented by the San Diego Early Music Society toasted William Shakespeare with songs and dances associated with ten of his celebrated plays . . .