Violinist and conductor Pinchas Zukerman stopped by the San Diego Symphony Friday (February 2) to conduct an oddly constructed program of Tchaikovsky and Mendelssohn. Had I only heard Felix Mendelssohn’s Fourth Symphony (“Italian”), I would be grooming a modest roster of compliments. 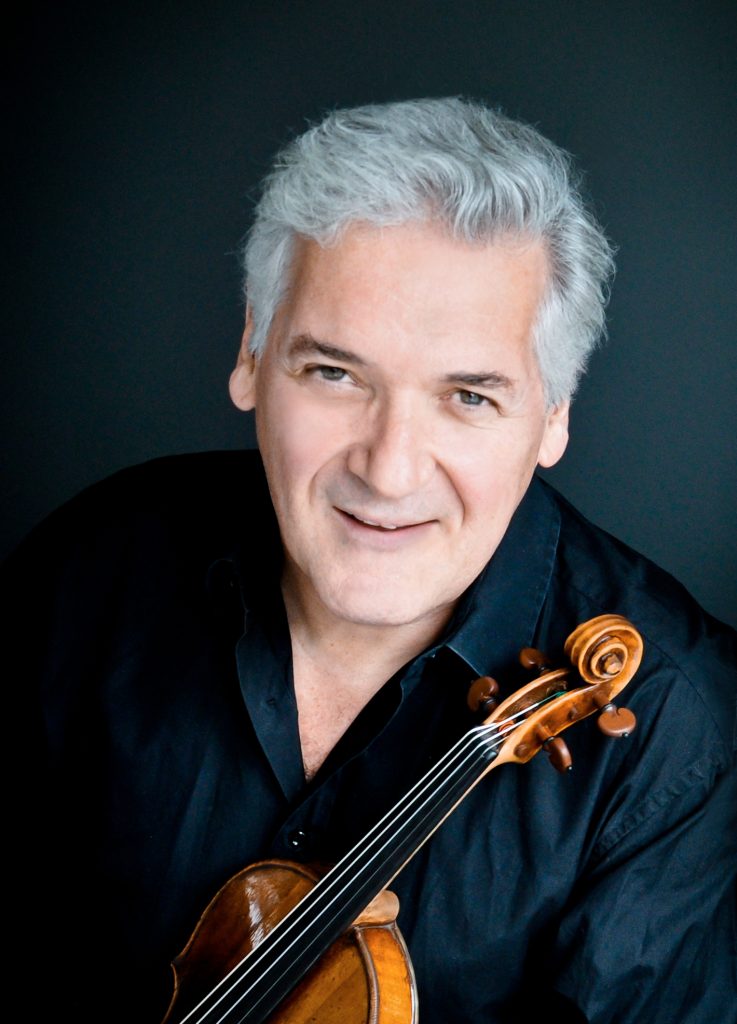 Conducting from memory, Zukerman led the orchestra in an effervescent account of this cherished early Romantic symphony, exuberant as the composer intended in its outer movements and ingratiating in the more relaxed middle movements. Zukerman may not be a flashy conductor, but his unrelenting clarity and attention to shaping dynamics kept the players fruitfully engaged from start to finish.

For the program’s first half, Zukerman reduced the orchestra to half strength, a chamber orchestra configuration of 35 strings and eight winds for the small Tchaikovsky pieces that opened his program. Just the string contingent remained for Tchaikovsky’s Serenade in C Major, Op. 48.

Tchaikovsky’s “Mélodie,” No. 3 from his Op. 26 and his “Sérénade mélancolique,” Op. 48, were evidently included to give Zukerman a chance to offer the audience a taste of his solo violin prowess, the cornerstone of his name recognition in the classical music world. Zukerman ambled nonchalantly through these modest pieces, which are little more than orchestrated salon music. In the “Mélodie” he offered a sweet, mellow timbre, but his upper range sounded steely and brittle in “Sérénade mélancholique.”

His understatement and lack of conviction as soloist paralleled his unexciting participation in his performance with his own piano trio at the 2016 La Jolla SummerFest. With the San Diego Symphony in March, 2015, he was clearly overshadowed by the younger New York violinist David Chan in J. S. Bach’s Concerto for Two Violins. There does seem to be a pattern here.

In the Serenade in C Major, Op. 48, clearly one of Tchaikovsky’s better and more frequently performed works, Zukerman chose convincing tempos throughout, but the lack of ensemble in the violin sections compromised this charming piece. Knowing what persuasive unity and brilliance the violins display for Edo de Waart and other demanding guest conductors when they are on the podium, this muddled, once-over-lightly performance of the Serenade failed to impress.

After the orchestra rose to such great heights performing exciting, compelling new works in the recently completed It’s About Time festival, this uninspired evening of standard repertory was dispiriting.

This concert by the San Diego Symphony was performed  February 2 & 3, 2018, at the Jacobs Music Center in downtown San Diego. The Feb. 2 performance was attended for this review.