Although the Westwind Brass ensemble has established its enviable reputation playing the classical brass quintet repertory, in recent seasons it has branched out. Sunday (May 7) on the Maritime Museum of San Diego’s Berkeley, Westwind Brass delivered a smartly balanced, high-spirited concert of American jazz.

For the jazz novice, Westwind’s survey encapsulated an amazing amount of jazz history in a mere two hours, including familiar tunes such as Duke Ellington’s “Satin Doll,” Dave Brubeck’s “Blue Rondo a la Turk,” and Thelonius Monk’s “ ‘Round Midnight.”

And for the jazz aficionado, Westwind included Karl Soukup’s sophisticated arrangements of Luiz Bonfí’s “Manha de Carnival,” Charles Mingus’s sarcastic “Fables of Faubus,” and Freddie Hubbard’s modal jazz essay “Little Sunflower.” In all of this varied repertory the brass quintet was aided by the addition of jazz percussionist Matthew Smith, an artist who wedded to his virtuoso technique a laudable “less is more” philosophy.

In the quintet’s set of variations on “Satin Doll,” a classic swing piece that allowed the quintet to simulate the muscle of a 1930s big band, both trombonist Eric Starr and tubist Bryan Smith had their way with the Ellington/Strayhorn tune. The tuba’s dark rumble gave the first incarnation of Monk’s “ ‘Round Midnight,” but quickly passed off the theme to Starr. The trumpets, naturally, had the final say.

The ensemble appeared to have the most fun with “Fables of Faubus,” Mingus’s musical takedown of the notorious segregationist politician from Arkansas. With its sneering slides and swaggering rhythmic gait, the subversive piece captured an ugly juncture in American history in sharp satiric focus. Given its rhythmic cacophony, Smith’s gnarly drum solo crowned the piece with appropriate glory.

Westwind’s calling card, its bright, bold, highly polished ensemble sonority, gave exuberant works like Brubeck’s “Blue Rondo,” Chick Corea’s “Spain,” and an excerpt from Darius Milhaud’s “Suite Française” appropriate flair and weight. But the ensemble could lose its focus when the quintet needed to pull back and quietly support a solo improvisation, of which there was a surprisingly modest amount in a fairly long program.

The main room of the ferry boat Berkeley docked in San Diego Bay (near the more visible Star of India) makes a welcoming casual concert venue, which other ensembles such as the Hausmann Quartet have chosen for extended series. This season, both of the times I attended concerts on the Berkeley turned out to be blustery and rainy days. I hope my next concert visit to the Berkeley will coincide with more typical San Diego weather in order to enjoy the backdrop of San Diego Bay at its best. 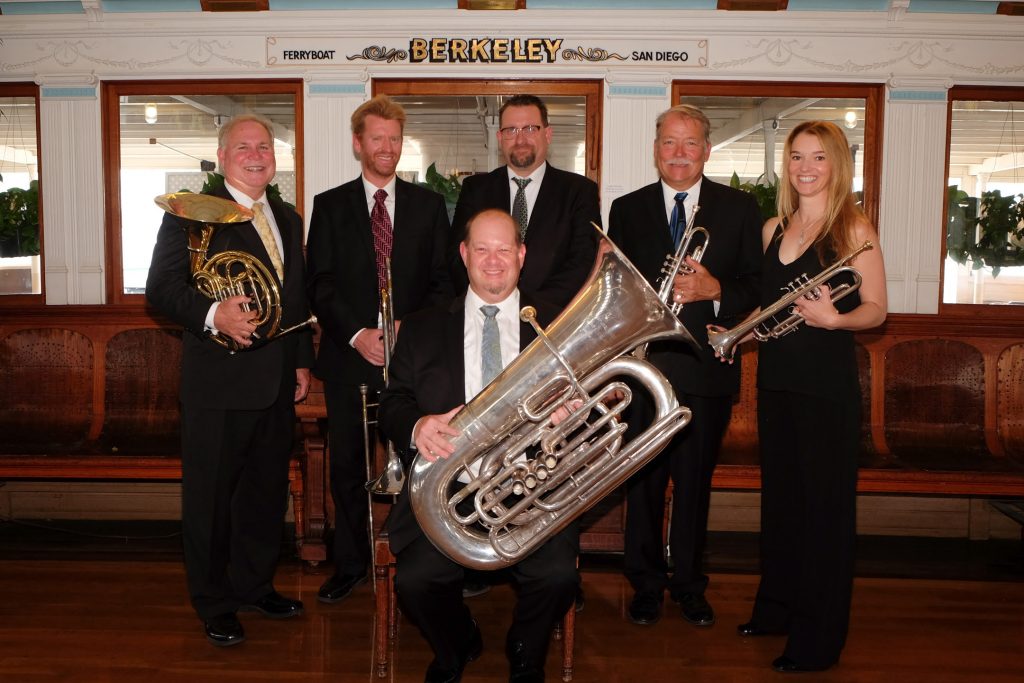 This concert was given by Westwind Brass aboard the Maritime Museum of San Diego’s ferry Berkeley, 1492 North Harbor Drive, on Sunday, May 7, 2017.