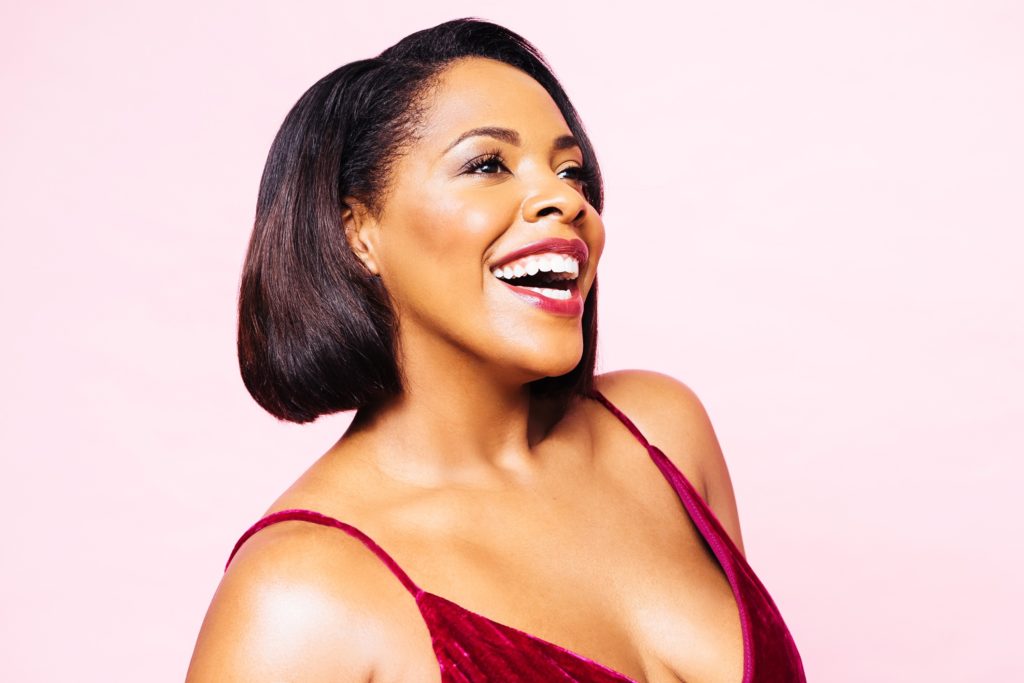 On the upbeat side of the ledger, Marie proved an unquenchable powerhouse, delivering the high voltage of Irving Berlin’s iconic “Blue Skies,” the Gershwins’ bouncy Depression-era anthem “Nice Work If You Can Get It,” and an impassioned account of the jazz standard “I Can’t Give You Anything but Love, Baby,” attributed to Jimmy McHugh and Dorothy Fields as a centerpiece for the duo’s Broadway hit Blackbirds of 1928. Fisher, who gave craftily researched introductions to every piece on the program, noted that credible evidence shows that McHugh actually bought the melody from Fats Waller, a common sub rosa Tin Pan Alley transaction.

Bryonha Marie gave a saucy interpretation of “Ain’t Misbehavin’,” one of Waller’s undisputed signature tunes, composed with his frequent colleague Harry Brooks. She luxuriated in lyricist Lorenz Hart’s high society innuendos in “The Lady Is A Tramp” from the 1937 Rodgers and Hart musical Babes in Arms, and she saluted Lena Horn’s classic recording of the song in her introduction. While it’s hard to improve on Horn’s impeccable interpretation, Marie offered a worthy tribute. The accomplished vocalist clearly follows in the footsteps of female jazz singers such as Vaughan and Horn, although the heyday of the star jazz singer is sadly a fading memory.

I found Marie’s forays into the blues more compelling, however, especially her impassioned interpretation of Harold Arlen’s incomparable torch song “Stormy Weather” and Jerome Kern’s more sophisticated lover’s lament “Smoke Gets in Your Eyes.” In a song that is always identified with Judy Garland, Arlen and Mercer’s “Come Rain or Come Shine” from the 1946 musical St. Louis Woman, Marie delivered its passionate desperation ably supported by the inspired instrumental invention of pianist Rob Fisher and guitarist James Hershman. In Porter’s “Night and Day,” drummer Mark McLean adroitly supplied a varied catalogue of percussion accents that deepened the song’s sultry ambience without overpowering the singer, a high virtue in my book. On clarinet and alto saxophone, Steve Kenyon excelled with ingratiating, bravura jazz variations on these classic themes, as did his bassist colleague Richard Sarpola.

The instrumental ensemble introduced each half of the concert with deft, discerning settings of Arlen’s “Between the Devil and the Deep Blue Sea” and the Gershwins’ “I Got Rhythm.” Fisher and his instrumental crew also demonstrated the number of later hit songs based on the unusual chord progression of “I Got Rhythm,” including such varied works as Nat King Cole’s “Straighten Up and Fly Right,” Dizzy Gillespies’ “Anthropology,” and even the them song from The Flintstones.

This concert was presented by the San Diego Symphony on Friday, September 16, 2022, at The Rady Shell on San Diego Bay.