Delicious pageantry, athletic choreography, robust costumes, life-size puppets… the visually stunning The Lion King has it all. Returning to the Civic through Sept. 11, this is a show you won’t want to miss if you’re a first timer, and it’s worth another swing through if you are a repeat audience member. 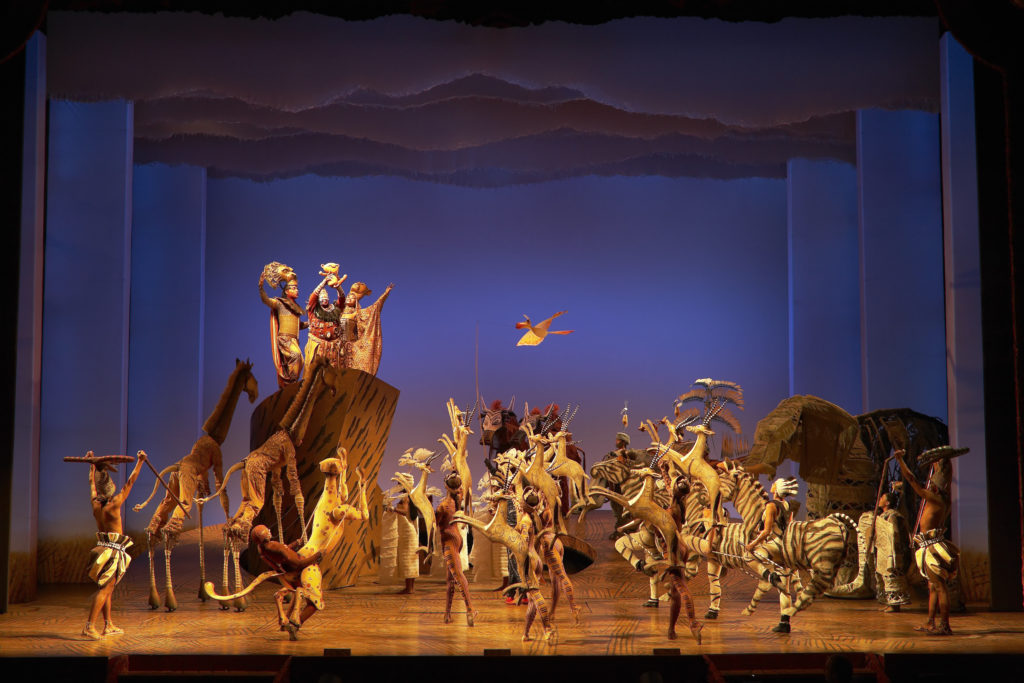 Circle of Life. Photo by Brinkhoff-Mogenburg.

Disney’s The Lion King is beloved around the world. As of 2022, it has been seen by nearly 110 million people globally in 24 years of Broadway theater magic. With music and lyrics by Elton John and Tim Rice and additional material by Lebo M, Mark Mancina, Jay Rifkin, Julie Taymor and Hans Zimmer, The Lion King holds six Tony Awards, a Grammy, and a couple of Olivier Awards. This production does justice to that legacy.

Directed and designed by Tony-winning director Julie Taymor, this tour is a triumphant testament to her vision. Taymor’s costumes are lushly textured, from woven grass skirts and hats to bright pleats and golden capes and masks. The color stories are breathtaking. Verdant grasses, impossibly blue skies, and backlit sunsets transform the stage. Stylistic curtains and hangings include weavings surrounding Rafiki’s tree, a sequence of ascending smoky-edged clouds, and a large shimmering sun, framing an elephant graveyard, a teeming jungle, and the Serengeti in turn. These design choices, courtesy of lighting designer Donald Holder and scenic designer Richard Hudson, are magnificent.

Jaylen Lyndon Hunter sparkles as Young Simba from the start. His energy and spirit are contagious, and the believably real relationship between him and Gerald Ramsey as Mufasa is one of the most brilliant and surprising things about this particular iteration of The Lion King. What I wouldn’t give to go back again and to rewatch Ramsey’s emotional arc during the father/son moments in “They Live in You.” Ramsey’s delivery as Mufasa is nuanced in exquisite ways, creating the perfect counterpoint to Hunter’s youthful verve and enthusiasm. This specific scene is particularly heartbreaking since the audience knows what is to come, a natural byproduct of the magnitude of popularity.

And while that night of goodbyes under the stars stood out to me in particular as a repeat guest in The Lion King musical domain, the truth is that every performer onstage and off in the theater is perfectly cast to bring this production’s endless facets to life. Animals leap and stride through the aisles and across the stage with effortless grace (those antelopes, giraffes, cheetah… I’m still thinking about them!), creating an immediate immersion into the setting of iconic Pride Rock. Zazu, Timon, and Pumbaa (Jürgen Hooper, Tony Freeman, and John Brady) capture the perfect cartoon-to-life comedic timing. Dancing lionesses move with lithe grace in “Shadowland,” resplendent in their capelike costumes. Taymor’s beautiful masks are worn primarily as head pieces, but the occasional deployment to cover an actor’s face is effective punctuation for more powerful moments. The talented orchestra and ensemble fill the house with resonance and life with ebullient choral pieces like “Circle of Life with Nants’ Ingonyama” and “One by One.”

Very few items left me wanting, but among them were some microphone issues for the evening that I was in the house, and the more tame physicality in fight scenes with the protagonists. Given the extreme physicality of the dance troupe throughout the production, the hands-off fight choreography felt underwhelming. Those elements aside, I left The Lion King filled with joy. The production is simply stunning.

Running at the Civic until Sept. 11, this three-week run will doubtless play to very full houses. 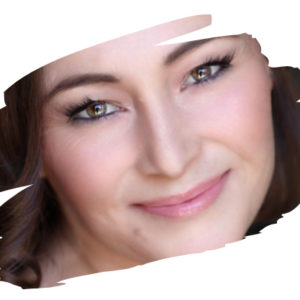