From its beginnings, the music department at UC San Diego has defined itself as a wellspring of contemporary music. Its performance venues can be counted on for music so recent that the ink is still wet on the page being performed. Or the composers have just completed their digital sonic collage on their computers minutes before they entered the hall to plug into the sound system. 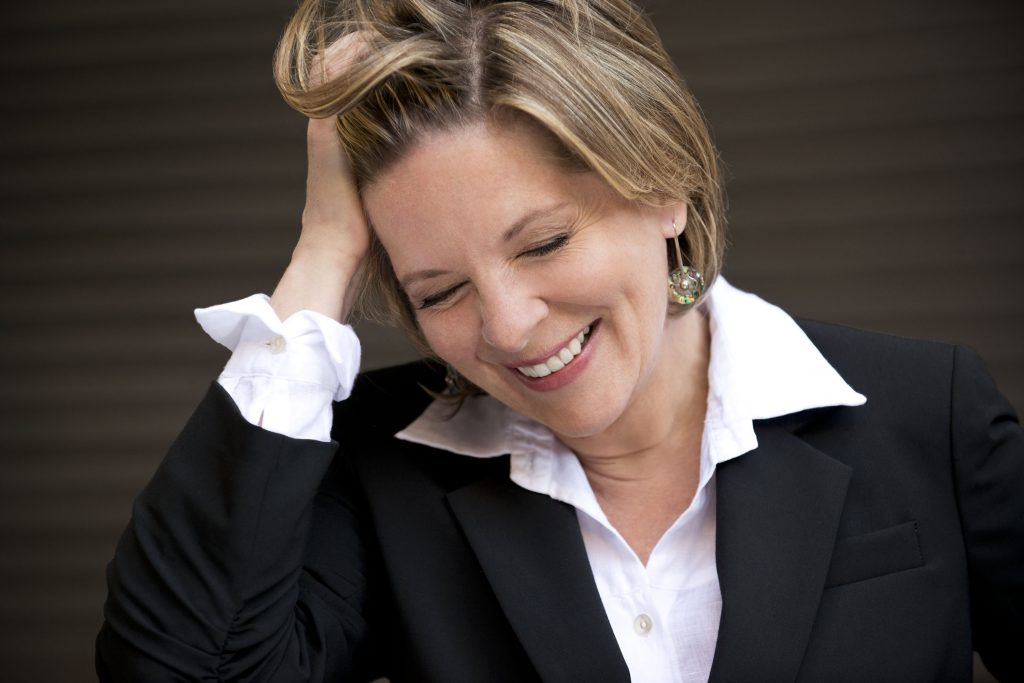 Yet contemporary music has its own history, and we are fortunate that UC San Diego brings back to the stage touchstone works of the avant-garde tradition with all the verve and technical acumen the univesity performers pour into the newest offerings. Twice this fall Luciano Berio’s classic “Circles” from 1960 has been performed, and I was fortunate to hear Thursday’s (November 29) mesmerizing account on Sean Dowgray’s D.M.A. recital in the university’s Experimental Theater of the Conrad Prebys Music Center.

Not only is Berio’s “Circles” an astonishing, riveting virtuoso work for soprano, harp and two percussionists, but it came about by an amazing cross-fertilization of American and European postwar musical cultures. With Pierre Boulez and Karlheinz Stockhausen, Berio worked at the cutting edge of Europe’s lively postwar avant-garde music scene. In 1959, when Aaron Copland, dean of American composers—although his cutting edge days were decades behind him—was planning the following season’s Tanglewood Music Festival, he invited Berio to write a work for that prestigious summer festival.

At that time Berio was married to the soprano Cathy Berberian, an American of Armenian descent—like the composer Alan Hovhaness—who studied voice in the U.S. and Europe and made her career in Europe performing the most challenging new music. Berio wrote “Circles” for her employing three poems by the American poet e.e. cummings, and Berberian made her North American debut singing “Circles” at the 1960 Tanglewood Music Festival.

Like Berberian, UC San Diego music faculty member soprano Susan Narucki has made a career interpreting challenging contemporary music, and her mastery of the daunting leaps, swoops, and contorted vowel sounds that abound in “Circles” was indeed thrilling. More to the point, her mastery of Berio’s heightened, post-Expressionist declamation of the text—“Circles” could be through of as the grandchild of Schoenberg’s “Pierrot Lunaire”—displayed all the panache of performance art wedded to confident, poised vocal technique.

The percussionists were stationed behind the singer, one to her left and the other to her right, each completely encircled with a wide array of percussion instruments from drums, gongs, and cymbals to marimbas, chimes, and vibraphones. Shimmering clouds of pitched sounds from the latter category were interlaced with unpitched thumps and whacks from the first category. And we heard enough dazzling percussion cadenzas to supply a month’s worth of percussion concertos.

Although “Circles” requires but four musicians, it is unabashedly symphonic in scope: 25 minutes of abstract drama that unfolds with edge-of-your-seat urgency. The literal meaning of cummings’ poetic texts–“Stinging,” “Riverly Is a Flower,” and “N(o)w”—was not easily comprehended because Berio treated the poetry as a succession of syllables to be playfully sonically exploited, rather than phrases to be carefully set. Unlike listeners to a performance of, say, Schubert’s “Die Winterreisse,” the “Circles” audience was not following the poet’s narrative, but rather the composer’s soundscape.

This “Circles” took the audience on an exciting journey, made so by the composer’s vision brought  vividly to life by the performers’ eloquence.