Over the weekend, May 16 & 17, the 2020 NWEAMO Festival launched two virtual concerts on YouTube. Curated by the festival directors, each concert offers a wide, eclectic panoply of contemporary composition and performance practice. 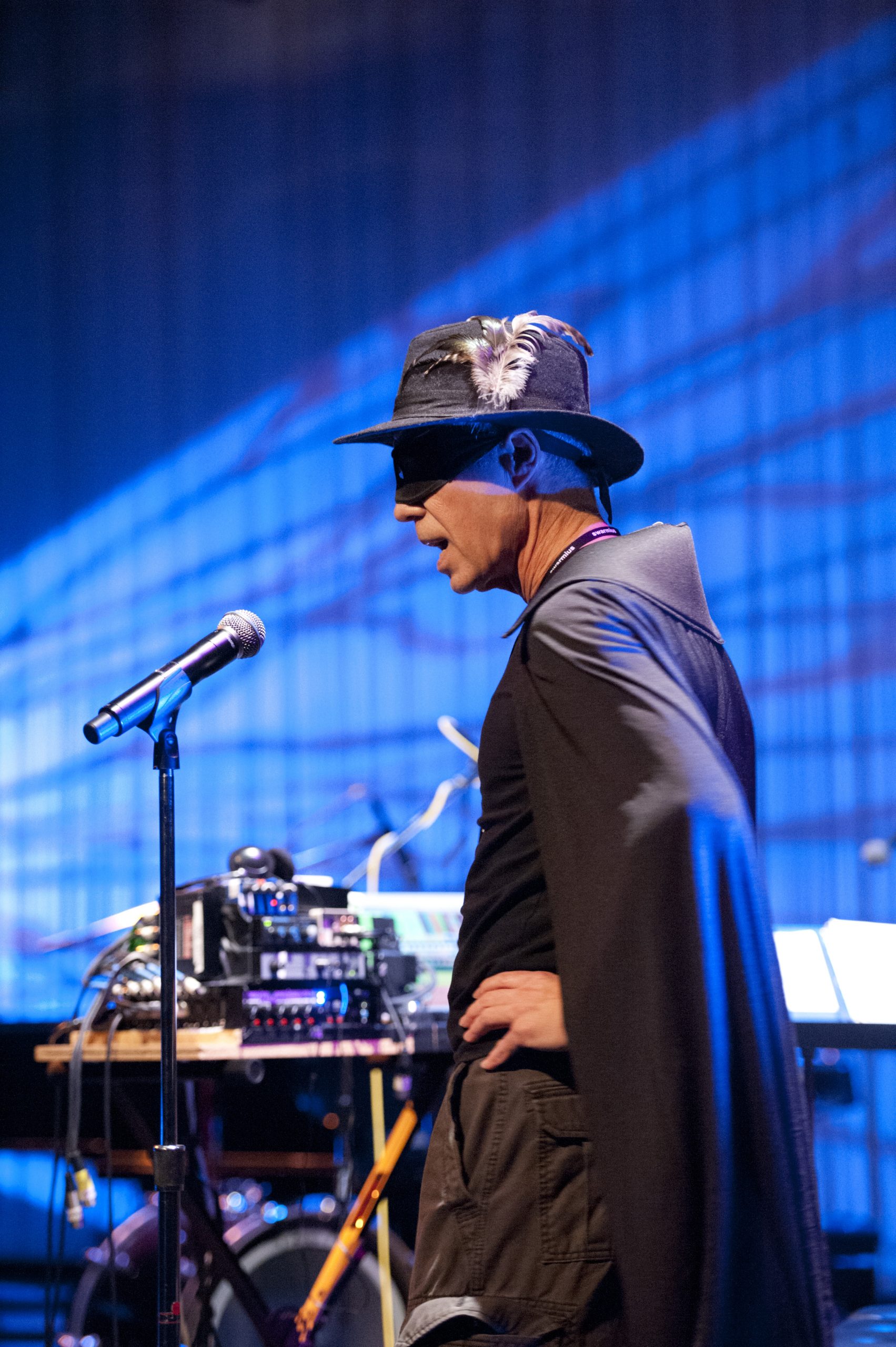 To describe all 21 offerings would overwhelm the reader with a tsunami of names—performers, conductors, ensembles, arrangers, visual artists, sound designers, sound engineers—so I have chosen instead to identify the trends that impressed me and some of the pieces that creatively exemplify them.

Perhaps because of my love of music history, I was impressed that a few pieces actually referenced works from earlier periods of western music. Gene Pritsker’s “Signify” from 2016 opened with violinist Miltiades Papastamou playing Mozart’s Violin Sonata in E Minor, K. 304. He was soon joined by six other instrumentalists and a vocalist—the charismatic Chanda Rule—who transmuted the sonata into a jazzy, New Orleans night club show, adding flashes of rap for good measure, making the eight-minute journey from Mozart to rap surprisingly natural—almost inevitable. Eric Honour’s “Murmurations on Palestrina” from 2017 reworked a Palestrina motet nearly every choir has sung, “Adoramus te Christe” in a buzzy, digital format modified by an octet of onstage performers who controlled the contours of the piece in real time from their iPhones. Above the musicians on a huge screen, whirring, brightly colored geometric patterns merged the ethereal with the whimsical with uncanny success.

Battle pieces were favorite specialties of Spanish Baroque organists, but Gregory T.S. Walker’s 2016 “Kwanakajma” for orchestra and video guitar recreated the spirit of a famous 16th-century battle between opposing Japanese armies. While animated, abstract figurations on the screen suggested warfare, the members of the Stratus Chamber Orchestra of Augustana College marched in formation as they played, sent here and there by the peripatetic soloist, the maestro of the video guitar. For Texu Kim’s 2015 “Orche-mino,” another chamber orchestra—Ensemble 212 conducted by Yoon-Jae Lee—sedately offered in place Kim’s whimsical, multifaceted tonal rhapsody that accompanied Heversh5’s clever geometric patterns of falling dominoes.

Employing extended instrumental techniques remains popular, as experienced in Alyssa Weinberg’s 2016 “Table Talk,” in which a pair of musicians stationed on opposite sides of a vibraphone modify each other’s phrases by hand dampening the metal bars. A variety of small percussion instruments scattered across of the top of the vibraphone allow the players to augment the instrument’s bell-like tones with clicks and pops added with random abandon.

A few purely electronic or digital scores have been included in these two concert collections—but they are short and not overly persuasive. Aaron Hudson’s modest “Too Many Arps” from 2017 was rescued by John Young’s vibrant, kaleidoscopic video display, and Young-Chin Choi’s “Blurred Lines” reminded me of the random sounds that pop out from speakers when quickly dialing across the FM radio band. Perhaps this apparent trend away from the purely electronic musical medium stands behind the NWEAMO Festival’s name change. The festival’s “E” used to denote “Electronic,” but it now has been changed to “Evolving”: the once New West Electronic Arts has become New West Evolving Arts. More evolution.

Technically demanding virtuoso showpieces still have a place, a nod to the spirit of Fritz Kreisler and all of those late 19th-century virtuoso-composers who tossed off dazzling baubles that live on in that time-suspended afterworld of “encores.” Violinist Felix Olschofka, a frequent NWEAMO guest performer, dazzled with his performance of Daniel Bernard Roumain’s 2020 “Filter,” an explosion of moto perpetuo figuration subtly manipulated by digital processing, and solo percussionist Peter Ferry created an enchanting collage of asymmetrical rhythmic patterns in “Variations on a Balkan Rhythm” by Nick Bonaccio to open NWEAMO 2020’s Concert No. One. Jennifer Higdon’s bravura, high octane trio for flute, clarinet and piano “Dash” from 2018 brought the spikey counterpoint of Prokofiev into the current century with elan.

Vocal music proved surprisingly popular, from Bobby Cronin singing his own low-key romantic ballad “Sidewalks” (2018) from the musical Mary and Max to the more supercharged “As You Said” composed by Jack Bruce and Cream. Fleet pianist Lisa Moore and suave cellist Ashley Bathgate provided both instrumental muscle and vocal prowess to this commanding vocal anthem arranged for them by Martin Bresnick and performed at New York City’s famed Poisson Rouge in 2018. This same duo captured the emotional drama of Bresnick’s more extensive instrumental “Prayers Remain Forever” from a 2019 performance at California State University Fullerton.