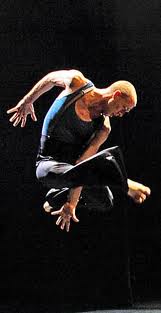 The company is known for its “playful, entertaining view of traditional, classical ballet in parody form, and en travesti.”   The men dance en pointe.  Yes, you read that right.

“He took pointe classes and auditioned in New York,” said Jean Isaacs of San Diego Dance Theater. “They loved him and took him on the spot.”

He plans to return to San Diego sometime in July.

To get an idea of what Loucado is in for with Les Ballets Trockadero de Monte Carlo, please refer to my review of the Trockadero’s last San Diego performance  and the troupe’s website.