Given the global outreach of the western classical music tradition, it would be foolish to restrict the performance of music composed in distinct national styles to those musicians born and raised in that native musical language. In her day, for example, African American diva Leontyne Price was a leading Verdi soprano; folks still collect Canadian pianist Glenn Gould’s J. S. Bach recordings; British maestro Simon Rattle has been satisfying Berlin Philharmonic patrons for the last 15 seasons with the teutonic repertory for which that orchestra is renowned, and today’s young Chinese superstars Lang Lang and Yuja Wang amaze audiences everywhere with their dazzling interpretations of Tchaikovsky and Rachmaninoff piano concertos. 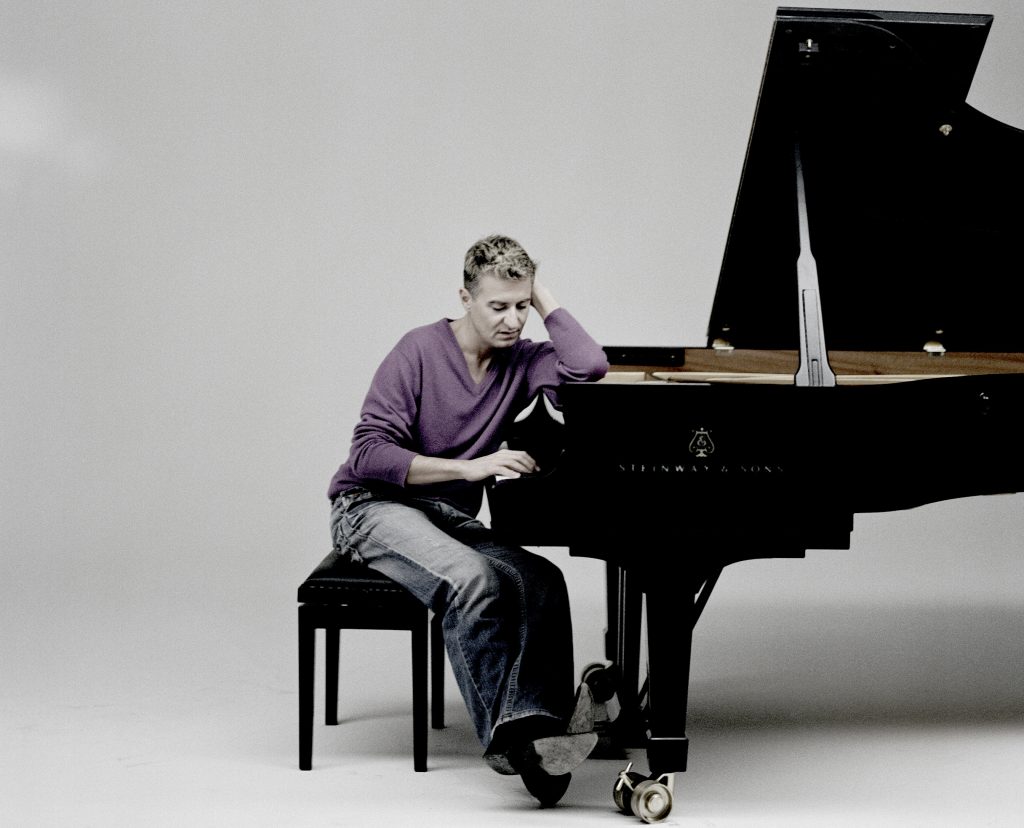 And anyone who follows classical music can easily pull together their own list of mix and match when it comes to repertory and nationality.

But hearing the French pianist Jean-Yves Thibaudet interpret the music of Francis Poulenc and Gabriel Fauré in collaboration with San Diego Symphony instrumentalists Sunday (October 8) at the Jacobs Music Center made me seriously reconsider this matter of musical patrimony. Thibaudet’s deft touch, his mercurial, shimmering textures, that impassioned drive pulled back by last minute rubatos, as well as myriad elucidating structural details that never for a moment seemed fussy—all of these traits significantly intensified the Gallic character of Poulenc’s Oboe Sonata and the Fauré Piano Quartet in C Minor, Op. 15.

Written in homage to Serge Prokofiev, Poulenc’s technically difficult 1962 Sonata for Oboe and Piano is too rarely programmed. Principal Oboe Sarah Skuster gave a definitive account of the work’s rich, sinuous incantations in the slow outer movements, and she swept through the angular, edgy, rambunctious themes of the breathless Scherzo with amazing dexterity and clarity. Thibaudet partnered the oboe’s journey with sumptuous textures of astounding complexity, summoned with otherworldly equanimity.

Poulenc titled the sonata’s final movement Déploration, a special genre of composition late medieval French composers cultivated to honor a deceased composer of note. Since this movement was Poulenc’s valedictory composition—he died the following year—it may have been intended to honor Prokofiev, or Poulenc himself, or perhaps both composers. As Thibaudet intoned the mystical chorale that opened the Déploration, Skuster added austere keening in the oboe’s dark, low register. Strange, modal themes soon hovered quietly, suspending time, and suddenly the music vanished. Performances this transcendent are rare, and I would not count on hearing as moving and authentic an account of this Sonata for Oboe and Piano any time soon.

Fauré’s career as composer was just taking off when he wrote the Piano Quartet in C Minor, Op. 15, and the work has become a popular music festival offering, replete with surging, passionate themes. As one of the great pianists of his generation, Fauré devised an opulent piano part, which Thibaudet exploited splendidly, without overpowering his colleagues.

Franz Schubert’s lovely String Trio No. 2 in B-flat Major, D. 581, provided a refreshing sorbet between the two French epicurean entrees. These string players demonstrated exuberant refinement, and I particularly appreciated violinist Julia Pautz’s supple lines and keen rhythmic definition. Violist Pernela offered a striking solo in the charming Menuetto, and cellist Andrew Hayhurst provided stylish support throughout, although the composer did not give the cello many chances to impress.