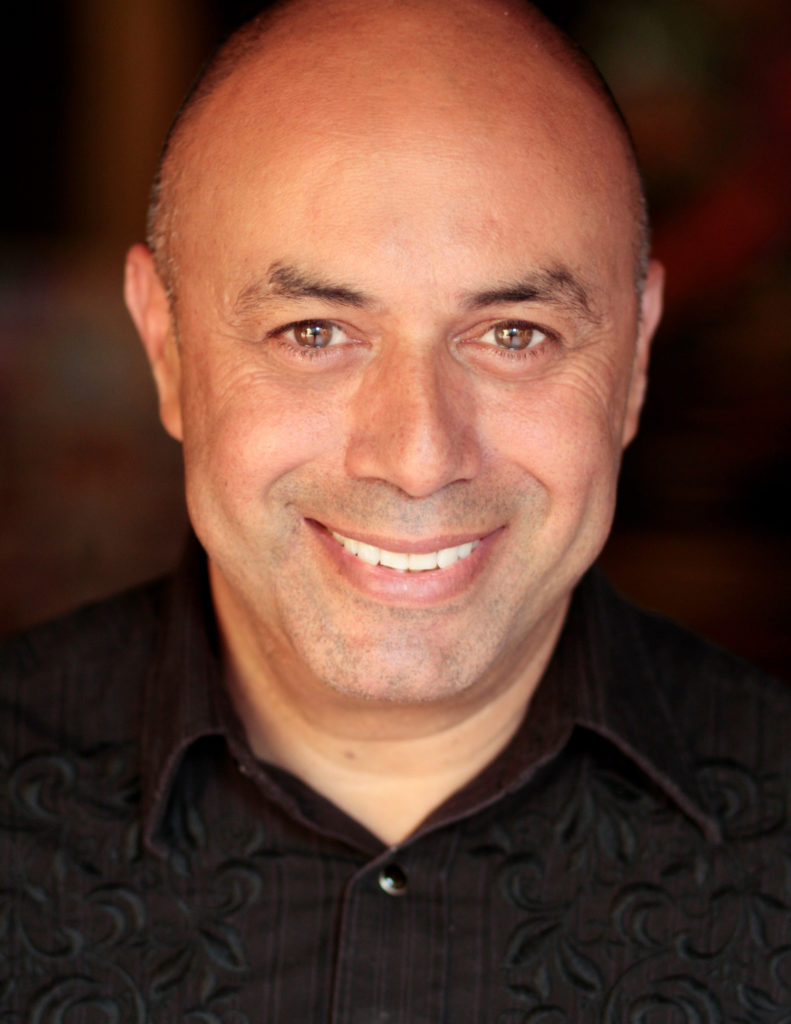 With so much real life tragedy happening in the world right now, it is nice that artists can still create content that makes us laugh. Herbert Siguenza is spending a lot of this year doing just that.

Currently, Siguenza is involved with two major projects. The first is Beachtown Live!, which is a follow up to the hilarious 2018 play he wrote, Beachtown. On Wednesdays until July 29, audiences may watch the lively weekly streaming project on Zoom.

Following the discussions, viewers are allowed to voice their opinions with the “Beachtonians.”

For the first meeting, the group, working as the Road to the Future Task Force, talked about ways to make newly reopened beaches safer. The performers, which also include Salomon Maya and Marci Anne Wuebben, returned to the roles they originated as though no time passed.

Joining them was Mondis Vakili, as the cheerful town podiatrist, Dr. Shirin Shirini. The enthusiastic personality she brought to the character made her a welcome addition to the ensemble.

Siguenza knew that Shirin would add a fresh voice to the town, when Vakili told him she wanted the doctor to be an Iranian professional. “We didn’t have an immigrant on the task force,” he said. “She kind of developed that character, and I wrote her in.”

Similar to his 2018 script, Siguenza poked fun at the colorful residents, while still taking the main topic seriously.

That being said, Siguenza still wants Beachtown Live! to be lighthearted. “I didn’t want to reproduce the news you would see on KUSI or CNN,” he said. “I want to have some levity, so people can have a laugh about the absurdity of our lives.”

His direction for the 40-minute discussion was brisk, never having the conversation between the task force members, and the audience drag and always kept things on screen entertaining.

Siguenza was easily able to adapt to a different form of storytelling, compared to live theatre. “I’m not foreign to it,” he said. “I love doing short films and short sketches on video.”

Although each week’s meeting can be found on Facebook, seeing it live allows the conversation to be a more immersive experience.

Another major project that Siguenza is currently involved with is the La Jolla Playhouse Without Walls (WOW) Goes Digital series of videos, The Totally Fake Latino News with Culture Clash. Culture Clash is the Chicano/Latino group he co-founded with Richard Montoya and Ric Salinas. EEpisode one is comprised of comical sketches, both old and new.

Curated by Montoya and edited by Pablo Prietto in a surreally fast paced style, the episode incorporates many humorous topical and pop culture references ranging from Barney to life in East Los Angeles.

Siguenza loves the sense of freedom given to members of Culture Clash. “It’s liberating, because we’re basically talking about whatever we want,” he said. 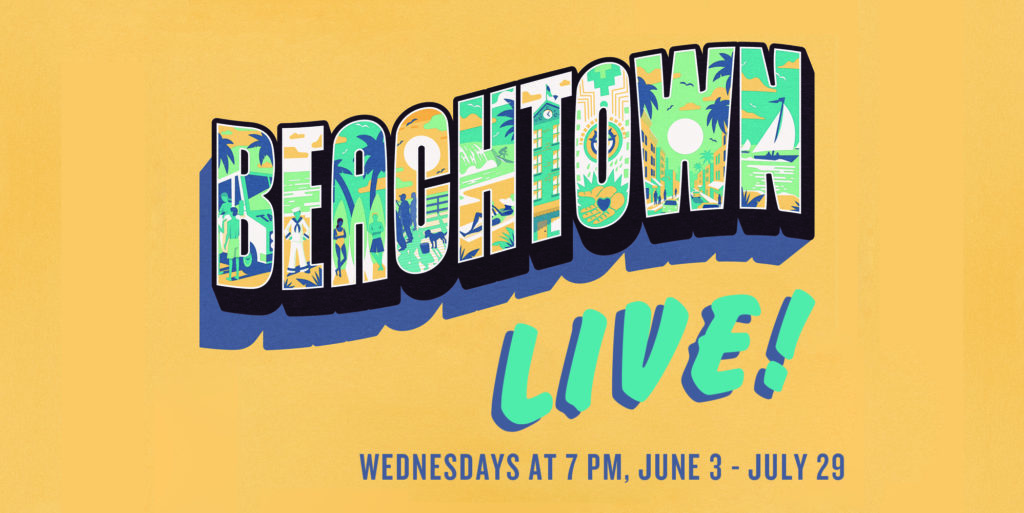 Despite the amount of humor, each piece acknowledges current issues.

Beachtown Live! started with a tribute to George Floyd and The Totally Fake Latino News begins and ends with footage of the Black Lives Matter movement. Segments addressing serious events happening in the world are respectful and impactful.

Both Beachtown Live! and The Totally Fake Latino News showcase Siguenza’s many talents, and brings some much needed fun for theatregoers at home.

Siguenza has no plans of slowing down. “I’m thriving, and everyone wants content,” he said. “This is where the artists lead the way again.”

Beachtown Live! is Wednesdays through July 29 at 7:00 pm. Future episodes of The Totally Fake Latino News will be on La Jolla Playhouse’s Facebook page.