Not surprisingly, white America has chosen Rosa Parks’ quiet refusal in December, 1955, to give up her seat and move to the back of the bus as the birth of the Civil Rights movement in this country. The peaceful protest by a middle-aged black woman, an officer of her Montgomery, Alabama, NAACP chapter, is a stirring story that can be safely recounted to the youngest children. 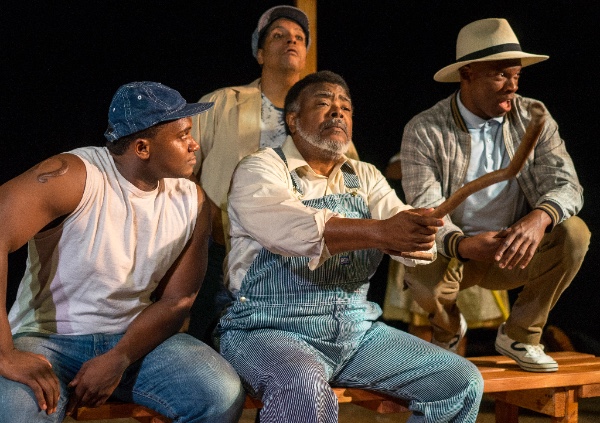 But the brutal murder of 14-year-old Emmett Till in rural Mississippi in August, 1955, is recalled by many black Americans as the more decisive beginning of the movement. Ifa Bayeza’s stirring one act play The Ballad of Emmett Till recounts this event as a kind of passion play, taking us on a fervent journey with Till on his unintended via dolorosa. This is not a sweet story for children, but no adult American should be ignorant of either its details or its significance.

Ion theatre’s riveting, emotionally searing production of Bayeza’s play miraculously balances both the unquenchable exuberance of the young African-American teen, played with pitch-perfect period authenticity by Cortez L. Johnson, with his tortured demise at the hands of white racists. Unlike the character Johnson portrays, a cocky Chicagoan who sees a summer visit to Mississippi relatives as an exciting adventure, the audience knows the trip will be his death sentence. Co-directors Yolanda Marie Franklin and Claudio Raygoza have chosen a relentless and unforgiving, dangerously urgent pace for this drama, a wise choice that holds these conflicting realities in bold dramatic tension. 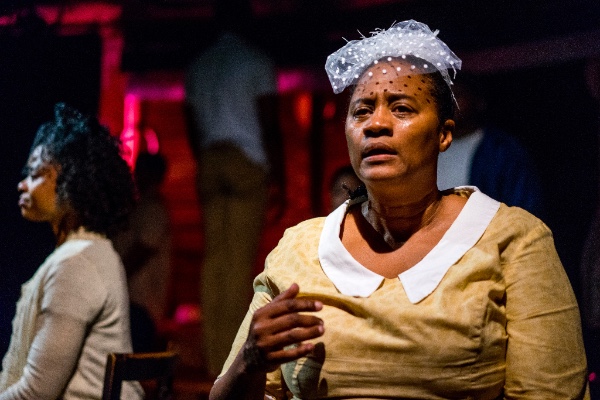 Emmett—he actually went by the nickname BoBo, perhaps a symbol of his stutter—early on proclaims himself a person of Chicago’s South Side, not the South. I fear that some audience members will not catch the significance of this affirmation, immediately assuming the picture of Chicago’s South Side that certain contemporary politicians have painted: a wasted, “crime ridden ghetto.” In truth, during the first half of the 20th century, Chicago’s South Side boasted a thriving black urban culture, in which the popular Bronzeville neighborhood could boast of jazz greats such as King Oliver and his protégé Louis Armstrong, the pioneering social activism of Ida B. Wells, and, contemporary with Emmett Till, the world-famous gospel singer Mahalia Jackson—to name only a few luminaries.

It was a self-confidence nurtured in Chicago’s South Side black culture that proved Till’s downfall in Mississippi’s oppressive, violent Jim Crow environment. What Till intended as humorous banter with a female white Mississippi sales clerk was falsely pumped up into a disrespectful attack on the woman, causing her husband and an accomplice to kidnap Till and brutally murder him. It was his mother Mamie Till Bradley’s decision to bring her son’s mutilated body back to Chicago for a highly publicized, open-casket funeral that began to galvanize public opinion about the need for civil rights awareness, especially in the South.

With every ion actor save Johnson playing various roles, the drama unfolds to the crisp urban speech Bayeza has artfully crafted for this finely tuned ensemble, a highly inflected, rapid conversational style that is closer to hip-hop than the considered drawl devised by August Wilson for his Pittsburgh urbanites. I thought Bayeza’s verbal style gave her play an insistent musical feel, so that when the actors occasionally broke into an a cappella song—a spiritual, an early 1950s pop song, 1940s street-corner improvised harmonies—it seemed natural and unaffected.

Portia Gregory and Rhys Greene each handled a long list of essential minor characters with astute insight, detail and fluid transition among these personae. It was difficult not to be won over by Greene’s coy portrayal of a flirtatious young Mississippi woman delivering a gift of freshly-baked peach cobbler to the home of Emmett’s aunt and uncle upon the lad’s arrival in the Mississippi Delta for his visit.

Claudio Raygoza’s simple and easily rearranged stage design, little more than tables and chairs, enabled with ease the directors’ quick pacing and immaculate dramatic focus. Mary Summerday’s period costumes—both urban and rural—immediately communicated each cast member’s sense of style. Johnson’s hats, because his character was a sharp dresser if ever there was one, were superlative. Kudos to the play’s sensitive, always appropriate musical direction, although the program did not list this valuable contributor to the success of such a superlative production.

Produced by ion theatre at the BlkBox Theatre at Sixth and Pennsylvania Aves., Hillcrest, “The Ballad of Emmett Till” runs through July 22, 2017. Performances are given Thursday through Saturday at 8:00 p.m., with additional 4:00 p.m. Saturday matinees. The July 8, 2017, 4:00 p.m. performance was seen for this review.