While San Diego performing arts organizations are hastily restoring their seasons now that the lockdowns of the COVID pandemic have receded, one local tradition has survived unscathed. The acclaimed British chamber orchestra the Academy of St. Martin in the Fields that has visited San Diego every other March since 2018 with their resident violin virtuoso and conductor Joshua Bell performed Monday at San Diego Civic Theatre . 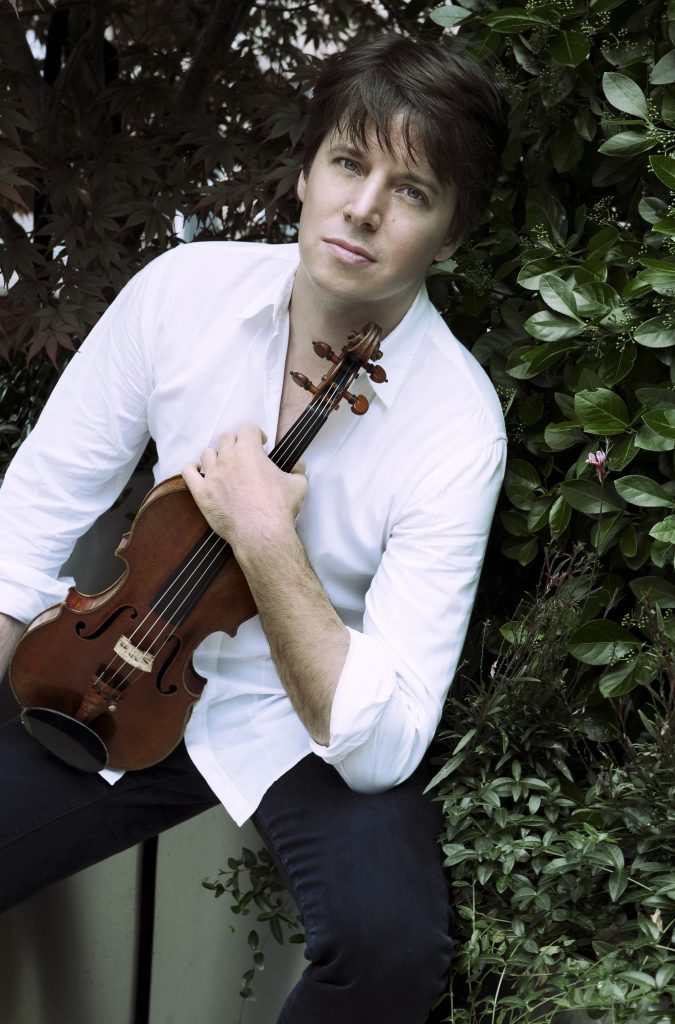 In 2013 the LJMS presented the Academy in the Balboa Theatre downtown, and based on performances in these three venues, I find Civic Theatre the least conducive to the size and sonority of the Academy of St. Martin in the Fields. Like their conductor soloist, the Academy’s 24 string players produce a lithe, silvery timbre which certainly contributes to the lauded precision and focus of their impeccable ensemble, but these players sounded underpowered in the capacious 3,000-seat Civic Theatre.

Bell and the Academy opened with J. S. Bach’s Violin Concerto in A Minor, BWV 1041, which they launched with the frisky exuberance of a generic Vivaldi concerto. The Academy strings’ interpretation benefited from the graceful drive of Bell’s soaring traceries, and when Bach’s contrapuntal complexity kicked in, they coped with ease. It was during Bell’s hushed but aptly luxuriant account of the middle movement cantilena that I noticed that I did not hear the harpsichord as part of the continuo section of this Baroque concerto.. The program lists John Constable as the Academy’s Principal Piano and Harpsichord, and I was informed after the concert that indeed the harpsichord did participate in the Bach concerto. But it was inaudible, and I was seated in the front section of Civic Theatre’s main floor–about a dozen rows back from the edge of the stage.

Bell graced the program with a second concerto, Samuel Barber’s 1939 Violin Concerto, after his ubiquitous “Adagio for Strings” the most frequently programmed of the mid-20th century American composer’s catalogue. There is an undeniably wistful yearning quality about Barber’s most successful melodies–and the Violin Concerto is full of them–and Bell gave them their apt poignancy. Although we expect virtuosos to sail through the technical challenges of the concerto finale’s daunting moto perpetuo, accomplishing this is still a feat, and Bell carried off his assignment with admirable flair.

No Academy touring program is complete without a Beethoven Symphony, and this year’s offering was Beethoven’s Third, the “Eroica.” In its day, its length, bold themes, and jarring modulations riled audiences accustomed to the tailored predictability of Haydn’s 100-plus symphonies, but what sounded unconventional in 1803 has become the hallowed Beethoven trademark. The Academy under Bell’s direction from the Concertmaster’s position gave a compelling account of the “Eroica,” displaying an enviable balance of passion and precision. Hearing an early Beethoven symphony played by an ensemble of this size–24 strings and 14 winds–gives a more sastifying sonic realization of what Beethoven intended, even though the Academy is not a period orchestra, because orchestral ensembles in the composer’s day were much closer to the size of what we call chamber orchestra rather than the 70 — 100 member contemporary symphony orchestra.

In the Academy’s case, the sound of their wind sections gracefully blended into the string sound, rather than competing against a battalion of 50-plus strings. In the second movement, the funeral march remained somber without suggesting a dirge, and in the third movement, the buoyant calls of the horn section added to the euphoric dash of this very rapid Scherzo. The exuberance of the Academy’s last movement brought the evening to an appropriately joyous conclusion.

This concert was presented by the La Jolla Music Society on March 14, 2022, in San Diego Civic Theatre in downtown San Diego.