Tenor Arturo Chacón-Cruz’s captivating concert Friday at Escondido’s California Center for the Arts has certainly raised the bar for the traditional solo recital. From singing an extraordinarily wide range of music on the program, to engaging the audience in song, to playful interactions with the rousing 10-member Mariachi Continental de México on the second half of the program—his was a concert with no equal. At least in this writer’s experience. 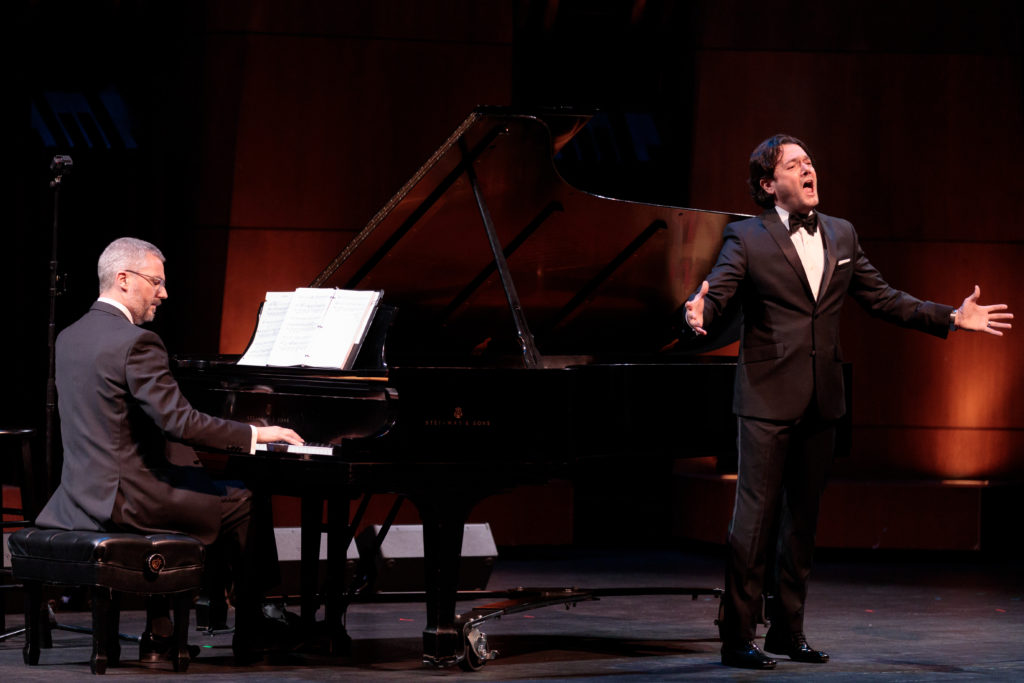 Chacón-Cruz opened with a set of five Neapolitan songs, including such well-known favorites such as “Funiculi Funiculà,” “O sole mio,” and “Torna a surriento.” In “Funiculi Funiculà” he assigned a cute refrain to the audience, which—wonder of wonders—the audience eagerly picked up and sang back with surprising enthusiasm. The convivial Mexican tenor acted as the program’s emcee, treating his audience with the relaxed informality that late-night TV hosts express to their studio audiences. He bounced back and forth from English to Spanish, and the sizable audience in Escondido’s beautiful concert hall responded with unmitigated adulation.

His panache and his passion for these Neapolitan songs easily trumped their familiarity, and he treated each one with tender attention, adding a modest cadenza to “O sole mio,” for example, and expressing a tearful rubato in the lyrics of “Come Back to Sorrento.” Pianist Jeremy Frank crafted unusually colorful accompaniments to these songs, alternating rich, orchestral textures with deft touches of imaginative tone painting.

From the familiar Neapolitan songs, Chacón-Cruz moved to three songs from Spanish zarzuelas, a repertory little known in North America, although I would be remiss if I failed to mention that just last month the San Diego State University Opera Theatre presented in concert Bretón and de la Vega’s zarzuela La verbena de la paloma. The zarzuela is a type of musical theater with spoken dialogue, similar to operetta or musical comedy, and its songs, properly called romanzas, can be quite dramatic. I was taken by Chacón-Cruz’s passionate “No suede ser” from Pablo Sorozábal’s La taverna del puerto, a lover’s desperately intoned entreaty that gives the tenor a generous cache of glorious high notes at the final cadence.

When Chacón-Cruz arrived at last to his opera arias, I confess I initially felt cheated to hear only two—after all, San Diego Opera presented this concert, and it is not unreasonable to think that a good portion of the audience was comprised of serious opera buffs. Fortunately, he chose two of Puccini’s most beloved tenor arias, and he delivered them with heroic confidence, consistently lustrous tone, and ringing high notes! In his deeply emotional account of “E lucevan le stelle,” Cavaradossi’s valedictory aria in Tosca, Chacón-Cruz communicated the character’s searing resignation while skillfully building the music’s dramatic climax. From his first line of “Nessum dorma,” the universally recognized hit aria from Turandot, it was clear that he owned this triumphant aria. He told the audience that he was contracted to sing his debut onstage role as Calaf in a Turandot production a year from now, and from his performance on Friday, I would say he is ready. What is thrilling about Chacón-Cruz’s tenor is the warm radiance of his mid-range continues to bloom as his voice ascends to his confident upper register–precisely the type of tenor every verismo opera demands. 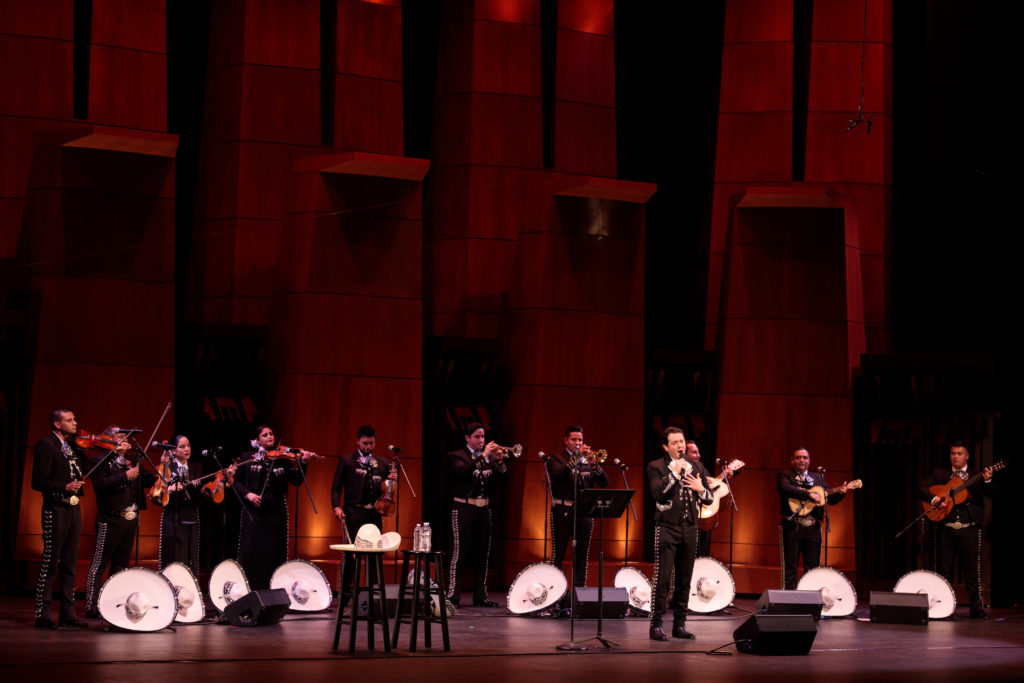 During the intermission, the stage hands rolled the Steinway off the stage to make room for the members of Mariachi Continental de México, who warmed up the audience with their vibrant, superbly disciplined ensemble as Chacón-Cruz returned to the stage. In a dozen selections, Chacón-Cruz delivered the trademark emotional heartbeat of mariachi, the vocal style in which he was raised and excelled before he was lured into the world of opera. Even those of us raised far away from Mexican-American culture recognize Tomás Méndez’s “Cucurrucucú” and Quirino Mendoza y Cortés’ “Cielito lindo,” the song that the audience joined in with gusto at the tenor’s invitation. Songs new to this writer included Manuel Ponce’s arrangement of “A la orilla de un palmer,” a sweet ballad adorned with winning trumpet solos by Hector Ignacio Gonzalez and Ricardo Gonzalez, José Alfredo Jiménez’s forgivably macho ballad “Paloma querida,” as well as Vincente Fernández’s “Mujeres divinas,” an unexpected tribute to women.

San Diego Opera presented this concert on December 3, 2021, in the main concert hall at Escondido’s California Center for the Arts.