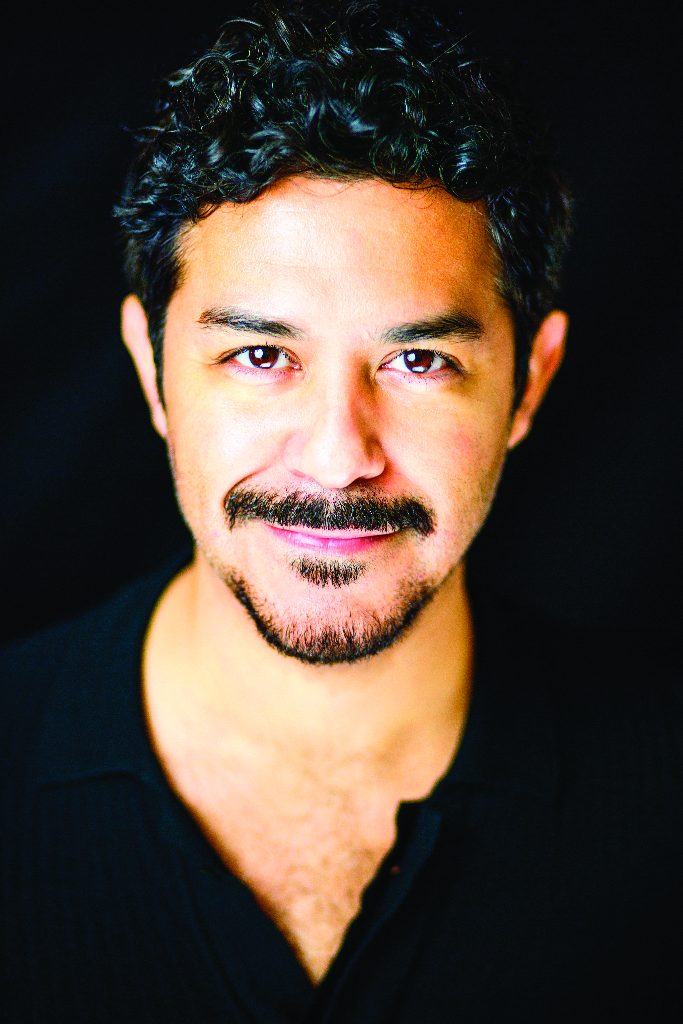 “I like the dramatic arc of this character,” he explained. “At the beginning of the opera, Alfredo is simply a happy-go-lucky guy, but after his world crashes at the end of the second act, he has to grow up.”

Arguably Verdi’s most popular and beloved opera, La Traviata was both current and racy when it premiered in Venice in 1853. The story, based on the experiences of French playwright Alexander Dumas, is about a promising lad from a respectable provincial family who goes to Paris and falls in love with that city’s most infamous high society courtesan. It is not difficult to imagine a contemporary parallel: one of Mitt Romney’s affable sons moves to New York City and sets up a penthouse with a notorious call-girl.

“In Heidelberg, Germany, I was in a Traviata production directed by Eva Höckmayr, and she put Dumas back into the opera—a kind of play within a play where Dumas sees the opera as a flashback. And of course, she had Dumas and Alfredo as the same person, so I was on stage all of the time. This really deepened my understanding of Alfredo, especially the emotional complexity of his relationship to his family in a time when everything was tied up with respect. Alfredo’s self understanding comes about when he understands that he was willing to ruin his family’s name in pursuit of his own pleasure.”

In his career as an opera singer, Garcia has indulged in a couple of flings that endangered his professional reputation. In 2002, he agreed to sing in Australian producer-director Baz Lurhmann’s updated production on Broadway of Puccini’s La bohème, which played eight shows a week with three revolving casts of Mimi’s and Rodolfo’s.

“Agents told me that if I took that job and got involved with the world of popular entertainment, I would never sing in opera again.” Garcia admitted that the company of Luhrmann and his rock star friends was not the healthiest environment for a young singer in his twenties, but Luhrmann’s show was a huge success, receiving a slew of Tony nominations in 2003.  The show won two, including a Tony Honors in Excellence for Theatre for the Principal Ensemble Cast.

“When I finished that project, I knew I had to do something to reinstate myself in the world of opera, so I entered Placido Domingo’s Operalia, The World Opera Competition.” As one of the winners of the 2003 competition, Garcia was immediately given contracts to sing  by Domingo, who saw his promise to succeed in opera. So he found his way to return safely to the fold after his Broadway flirtation.

But Garcia’s next temptation to infidelity in his opera career came from within, choosing to take a three-year hiatus from opera to devote his efforts to writing and recording his own music.

“I wanted to put myself 100 per cent in the role of musical creator—not just an interpreter,” he explained. This resulted in a recording project he titled “Manifest Destiny,” but it turned out to be a dead end. “I felt that I had to follow my passions, but I knew deep within that the love of opera was there, and I realized that I couldn’t not have opera in my life.”

Fortunately, his operatic return was singing Alfredo in Eva Höckmayr’s probing La Traviata in Heidelberg, a production that included the young Israeli conducting superstar Lahav Shani in the pit. San Diego audiences experienced Shani’s conducting prowess in his recent remarkable guest appearance with the San Diego Symphony (February 10 & 11, 2017). “Shani is so gifted: in addition to his passion and strong work ethic, he has that extra ‘thing’ for music that you can’t teach.”

Having spent a good portion of his career singing in European houses, Garcia is no stranger to unusual and surprising updated productions of traditional operas, something Europeans call “director’s theater.” Of course, not every update works. He recalled an unfortunate production in Karlsruhe, Germany.

“At the last minute, I jumped into a La bohème production at the Badisches Staatsoper that was set in contemporary New York City’s Central Park. In this update Mimi lived in her car in Central Park, and the director gave her a spoken monologue.” When asked to name the most successful opera update in which he has appeared, Garcia did not hesitate to name Baz Luhrmann’s Broadway La bohème, which moved the action up to the year 1957, and a production of Mozart’s Cosi fan tutte for the Berlin Staatsoper, in which he sang Ferrando, one of the pair of military officers who woos the plot’s female protagonists.

“That Mozart production was set in the 1970s in the U.S., and instead of disguising themselves as Albanians, the lovers return dressed as flower power hippies. The whole concept totally worked.”

San Diego Opera’s upcoming La Traviata update turns Violetta’s 1850’s Parisian courtesan into a 1920’s American flapper. This Roaring Twenties production, a design concept of Marta Domingo, was first performed at Los Angeles Opera. In that company’s last presentation of Domingo’s La Traviata production in 2014, Los Angeles Times music critic Mark Swed had more than a few issues with her concept. But San Diego audiences will be able to make up their own minds.