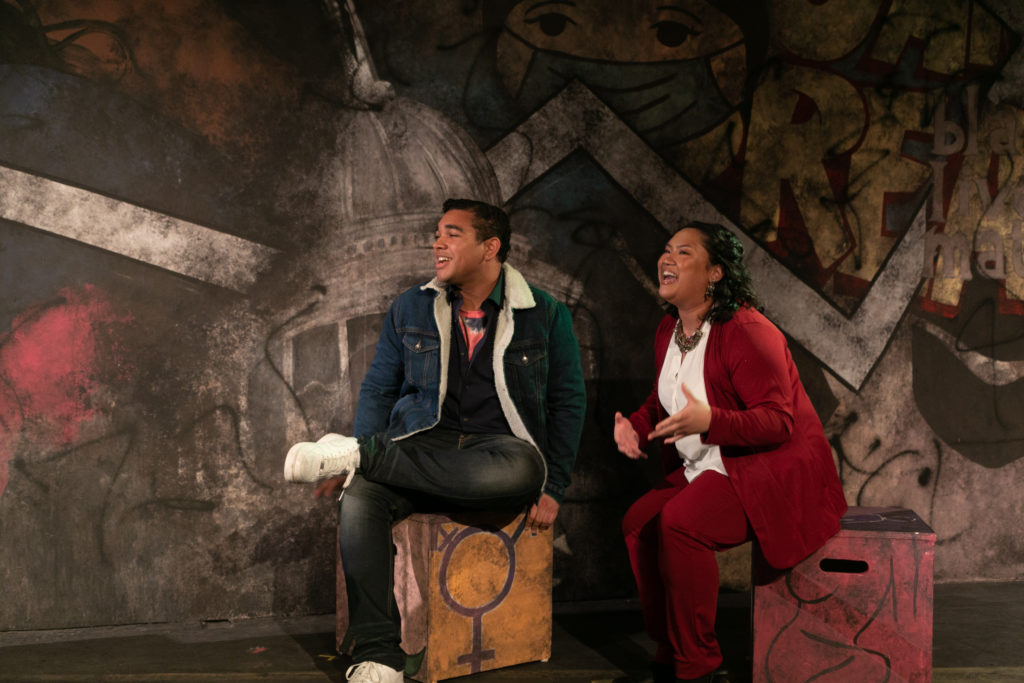 As more shows are being produced, both live and virtually, on a regular basis, it is a perfect time for a new company to make a big introduction to the San Diego theatre community. Teatro San Diego is currently presenting their inaugural production of Jason Robert Brown’s 1995 musical, Songs for a New World.

Teatro San Diego “exists to further the founding social activists and artists’ vision of bringing to life the multi-cultural spirit of San Diego through world-class visual and performing arts.”

Brown’s show does not focus on a plot, and instead is comprised of songs where various characters generally experience changes in their lives. Many of the songs are about relationships which are flawed or falling apart, as well as people who are finding inner strength.

Filmed at OnStage Playhouse and streaming online, Co-founder/director/lighting designer, Kevin “Blax” Burroughs, puts a contemporary spin to the material, with sequences focused on social justice, financial status, the coronavirus and hope. These themes are also reflected in transitions between tunes from sound designer, MaeAnn Ross, and on Reiko Huffman’s set. Burroughs staging is viscerally effective, especially in the musical numbers, “King of the World” and “The Flagmaker, 1775.”

Each of the performers portray characters that represent various concepts that remain topical. Sarah Marie Hernandez is featured as Woman 1/Feminism, and Mya Feiga plays Man 1/Racial Justice. Both of the performers sing emotionally in several solo and group numbers throughout the evening, thanks to their work with musical director, William “BJ” Robinson. 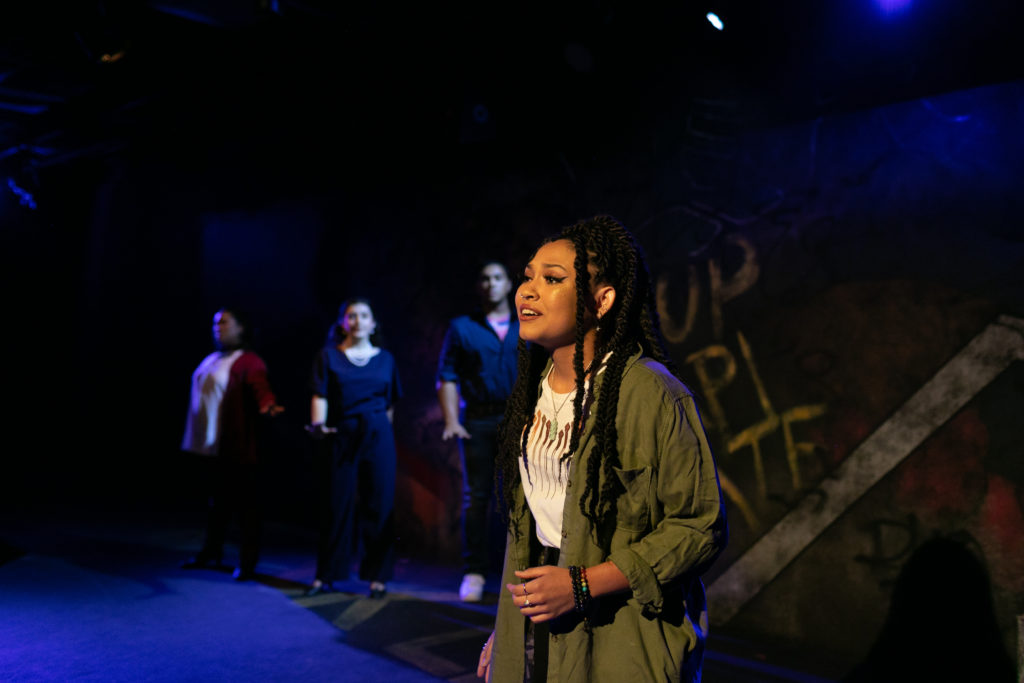 Hernandez sings a memorable rendition of “I’m Not Afraid of Anything,” and Feiga stands out in the poignant tune, “Flying Home.”

Vivian Romero as Woman 2/White Privilege is at her best during her sections in ensemble numbers, such as “Opening Sequence: The New World,” and “Hear My Song,” and Chase Lowary as Man 2/Gender Equality, is touching in a big duet with Hernandez, “I’d Give It All for You.”

In addition to the singing stars, Jarel Lewis and Annabell Walker appear as dancers at various points during the video. They bring raw visual emotion when they showcase movements from featured choreographer, Alyssa “Ajay” Junious, at the Chula Vista venue.

Teatro San Diego appears to be an ambitious and bold company with a promising future. I look forward to seeing their live productions in person.

Posted in THEATRE REVIEWS and tagged 13, A New Brain, Chanukah Suite, Honeymoon in Vegas, Parade, The Bridges of Madison County