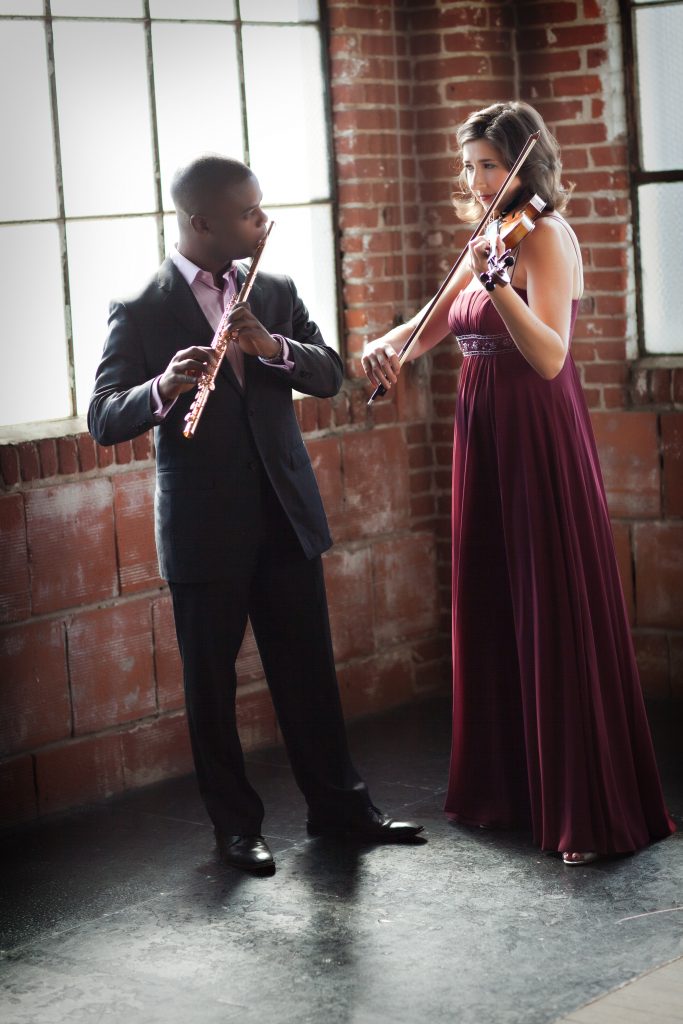 Armenian-American Alan Hovhaness crafted a sensuous, mildly exotic escape in his 1971 “Garden of Adonis” for flute and harp, seven short movements beautifully realized by flutist Rose Lombardo and harpist Julie Smith Phillips. The composer gave most of his signature sinuous modal themes to the flute, which Lombardo played with a rich, reedy sonority in the instrument’s lower compass and bright clarity at the opposite end. If the reflective acoustics of the museum’s second floor Fitch Gallery subtly reinforced the flute, they also sustained Phillips’ effusive arpeggios as a beatific sonic halo.

Hatmaker and her accomplished colleagues opened their program with Andrew Norman’s 2002 “Light Screens,” an episodic but tightly organized etude for flute, violin, viola and cello. Harmonically conservative but elegantly voiced, it could have been titled “Tribute to Aaron Copland.”