Understanding that every generation of classically trained musicians is responsible for keeping the tradition alive, San Diego’s Art of Élan has consistently presented new music over its laudable eleven seasons of chamber concerts. When the San Diego Symphony played Missy Mazzoli’s “River Rouge Transfiguration” last weekend, it was because Artistic Director Kate Hatmaker has consistently featured that contemporary New York City composer’s music at Art of Élan that I had firsthand knowledge of her style. 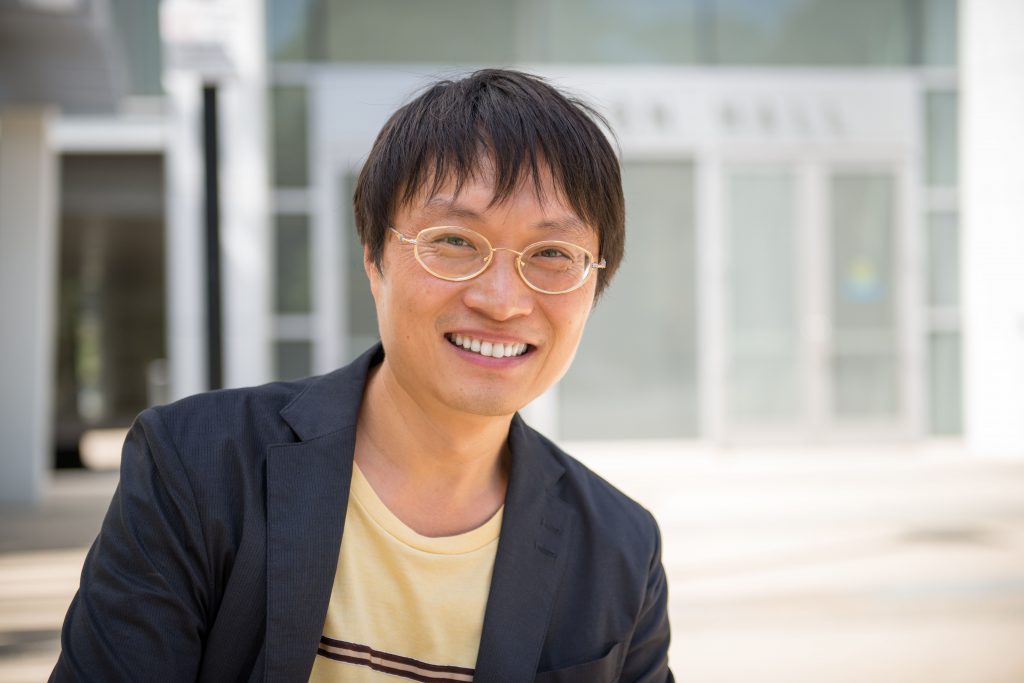 Art of Élan’s Tuesday (January 30) concert at Balboa Park’s San Diego Art Institute offered an entire program of new compositions—fresh, engaging, and thought-provoking works that made this listener exceedingly hopeful about music’s future. Lei Liang’s “Petal by Petal, Leaf by Leaf” for a trio of flute, viola, and harp revealed one of the composer’s trademark accomplishments: expressing great intensity and emotional depth in compact but highly compressed motifs.

Far from the simplistic, triadic repetition that characterized the nascent Minimalism of the 1970s, Liang’s approach can be described as a severe economy of vibrant flashes that suggest the Expressionist tension found in the later works of Anton Webern. He opened this new work with soft, discrete tones that at first seemed random, but soon pulled together, snared by rapid, short glissandos in the highest region of the harp and momentarily settling on a drawn-out, melancholic viola theme.

In his remarks to the audience before the piece began, Liang explained that in writing “Petal by Petal, Leaf by Leaf” he was inspired by an observation he paraphrased form his favorite Japanese poem: if a person becomes still enough, that person will be able to hear the plants of a garden grow. Liang’s piece grew slowly and steadily into an intense crescendo of densely layered motifs that disappeared suddenly, as if a sudden gust of wind had blown away the petals of a gorgeous flower.

In this public premiere of “Petal by Petal, Leaf by Leaf,” flutist Rose Lombardo, violist Che-Yen Chen, and harpist Julie Smith Phillips imbued every phrase with precise execution and rich emotional intention. It would be difficult to imagine a more felicitous presentation of this luminous new work.

The program’s opening half presented half a dozen shorter compositions written by young musicians mentored by Art of Élan muscians in the organization’s National CIty outreach program, the Young Artists in Harmony residency. Any momentary apprehensions I entertained concerning the caliber of these student compositions evaporated once I heard the program opening sophisticated, syncopated duo for contrabass and violin titled “Oly” by Axel Osoraio.

Vanja Rodriguez’s episodic but well-structured “WANDERER” for four strings and flute turned out to be a deftly layered fantasia that offered a crafty tango for cello, played with apt flourish by Alex Greenbaum. A trio for violin, viola and cello, appropriately titled “For the Strings” by David Rich boasted lively, driving tonal themes that developed artfully.

Art of Élan presented this concert in conjunction with the San Diego Art Institute’s recently opened installation by Robert Romero-Molina, “The Language of Things.” Like the composers on this program, Romero-Molina is based here in San Diego County and works on both sides of the U.S.-Mexican border. Although this thought-provoking installation featured important musical components, they had to be disconnected for the concert. The audience was left to make its own connections concerning these two contiguous art forms.