Festival programming that runs out of pleasant surprises is likely to overstay its welcome, so SummerFest Music Director Cho-Liang Lin came up with a pair highly unusual offerings for Sunday’s (August 20) afternoon concert at the Conrad Prebys Concert Hall. In his program introduction, Lin described Benjamin Britten’s rarely heard “Gemini” Variations as “oddly charming” and the Piano Quintet that followed it an exceptional chamber opus fashioned by a composer who rarely ventured outside the symphonic realm—Edward Elgar. 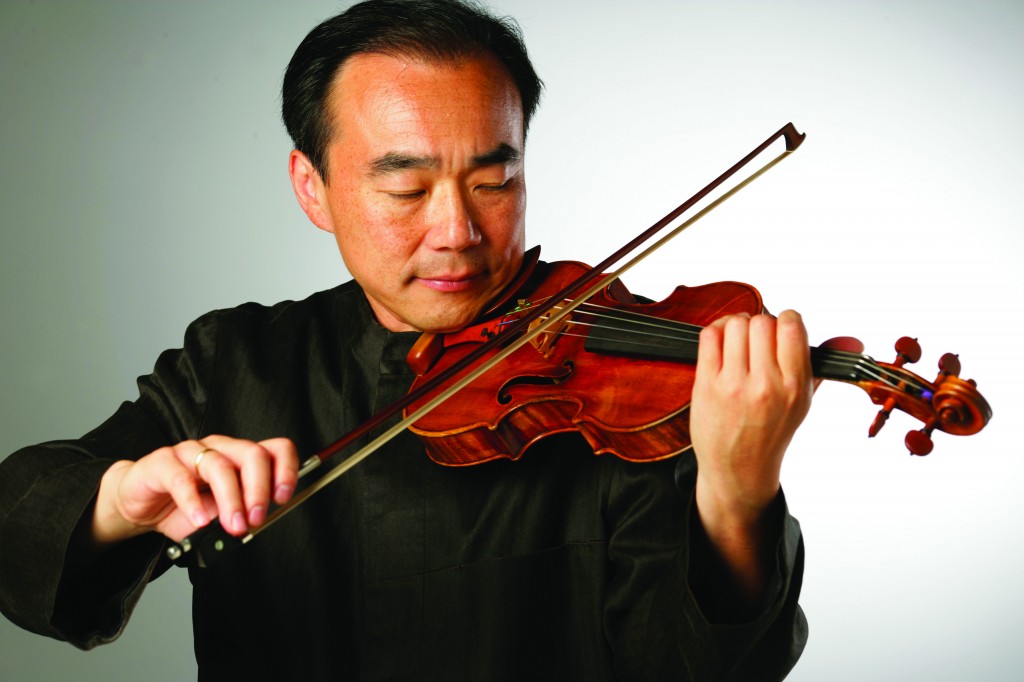 It was difficult not to be charmed by the playful and at times exuberant invention of Brittten’s “Gemini” Variations for Flute, Violin, and Piano Four-Hands, Op. 73, written for musically gifted teen-aged twin brothers (hence the Gemini designation) Britten met on his 1964 concert tour of Hungary. Because these young musicians each played piano and one other instrument, Britten first wrote this set of variations in a way that the brothers could play the entire work by means of clever alternation.

Realizing that this witty instrumentation would limit the work’s wider performance possibilities, Britten subtley rescored his “Gemini Variations” for four players, which was the version performed at this concert. With her vivid sonority and assertive technique, SummerFest veteran violinist Michelle Kim eagerly engaged the cooler but equally fleet flutist Catherine Ransom Karoly in the many spikey contrapuntal forays Britten crafted for this duo.

At the primo (upper) piano part, Haochen Zhang dispatched its flashy solos with ease and secondo pianist Scott Cuellar coaxed appropriately dark, gnarly rumbles from the instrument’s lower ranges. About the ebullient fugue that closes Britten’s work, clearly there is nothing remotely academic—it presents itself as a plucky, adventurous caccia with no care in the world save the communication of pleasure, a goal triumphantly accomplished by this quartet.

Elgar’s Piano Quintet in A Minor, Op. 84, sounded both familiar because its rich, Brahmsian textures and harmonic palette and yet slightly strange, given its quirky, unpredictable structure. Full of engaging melodic ideas, the rhapsodic opening movement shuttles back and forth between bursts of bold declamation and moments of lyrical retreats, but not until the final movement does the composer bring back these main ideas to tie the piece together. Not surprisingly, the middle Adagio movement presents a trove of wistful, arched themes to which this composer was always attracted, opening with a soulful cantabile line given just the right amount of pathos by violist Paul Neubauer. Cellist Clive Greensmith and violinist Cho-Liang Lin traded effusive, ardent themes, and occasionally second violinist Michelle Kim was allowed an unexpected brilliant solo flash. Although Elgar’s piano part is not overly soloistic, Haochen Zhang provided a well-tailored, fluent keyboard foundation for the strings. 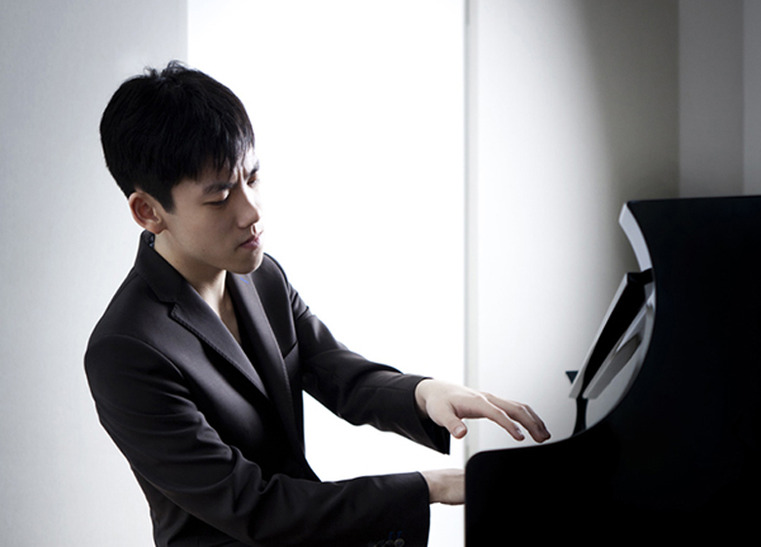 In the salad days of classical music FM stations, the perky opening movement of Antonín Dvořák’s Serenade in D Minor for Winds, Violoncello and Bass, Op. 44, proved a favorite for the late afternoon commute time slot. Ingratiating, glittering themes spread among oboes, clarinets, and horns account for the popularity of this piece, a worthy successor to the great serenades of Mozart. Although because this work calls for a dozen performers, it is a luxury item for most chamber concerts. The technical prowess of SummerFest’s star cast of performers made hearing it a rich experience: kudos especially to first clarinet Anthony McGill, first oboe Nathan Hughes, and first horn Keith Popejoy for their finesse and stamina carrying out their demanding assignments.

This program was given by the La Jolla Music Society’s SummerFest 2017 on August 20, 2017, in UC San Diego’s Conrad Prebys Concert Hall. The festival continues through August 25, 2017.