The French Revolution did French music no favors. In the decades of political and social turmoil that followed the Revolution, music in the land of “liberté, fraternité et égalité” languished. At the same time in German-speaking principalities, however, Beethoven, Schubert, and Mendelssohn birthed that rich musical movement we call Romanticism. 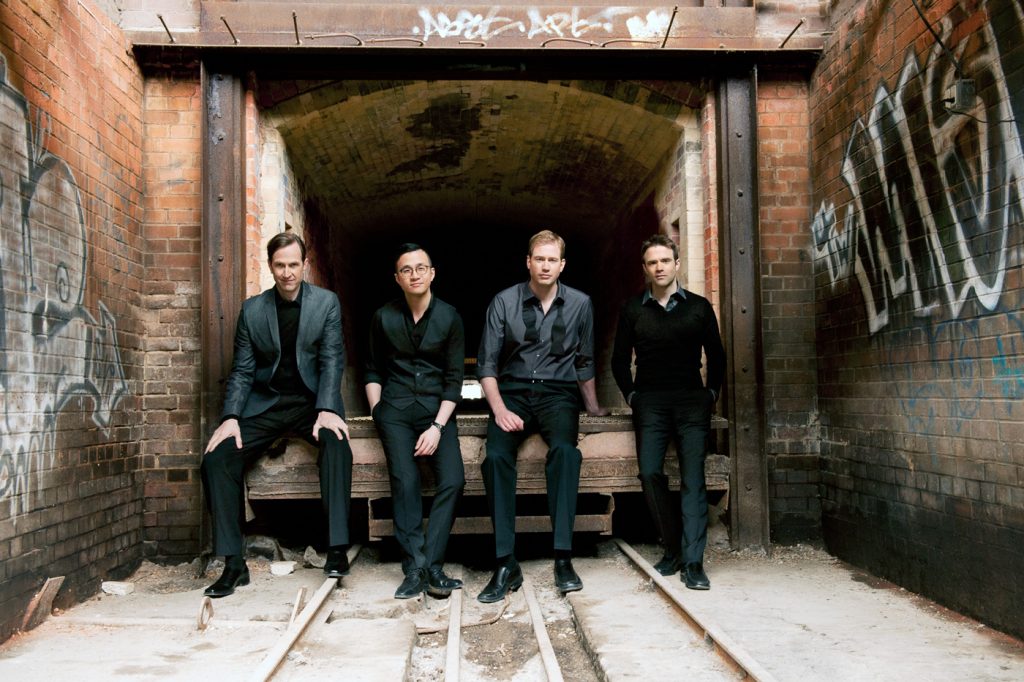 While the symphonic works of Hector Berlioz brought France into the orchestral big leagues mid-century, it was not until the later years of the 19th century that French composers took composing chamber music seriously. Tuesday’s (August 21) SummerFest concert presented a beautifully played program that captured that late Romantic flowering of French chamber music as it progressed to the edge of 20th-century modernism.

Charles Gounod’s “Little Symphony” for Wind Nonet, Op. 216, strikingly recasts the symphonic form of the Classical era into a perfectly structured four-movement chamber work that might be easily be dismissed as academic, were it not for Gounod’s endlessly charming motivic invention. In truth, I would choose hearing Gounod’s delectable “Little Symphony” over any of the 104-plus Haydn orchestral symphonies for the same reason I would choose a slice of Black Forest cake over a kale salad.

Ernest Chausson’s Concerto for Vioin, Piano, and String Quartet is the sort of tempestuous chamber music that Richard Wagner would have written, had he ever have deigned to compose chamber music, although Chausson’s rich harmonic vocabulary displays none of Wagner’s trademark chromatic ooze. Like Gounod’s “Little Symphony,” Chausson’s Concerto takes an orchestral genre and retools it as a chamber vehicle, giving the pianist and solo violin ample opportunity to flex their muscles of show off with impunity.

Pianist Orion Weiss and violinist Cho-Liang Lin proved ideal soloists—not because they have a propensity to show off, but because they each possess a sophisticated technique equal to the composer’s significant challenges. I thought Weiss proved strongest in turning out the piano’s surging flourishes up and down the keyboard with panache, while Lin’s strength was spinning out lustrous, mysterious solos that floated above the hushed quartet, especially in the pensive Grave movement. The New Orford String Quartet gave the two soloists luxurious but understated support throughout the work.

Prior to assisting with the Chausson Concerto, the New Orford Quartet treated the SummerFest audience to its fresh, radiant account of Maurice Ravel’s String Quartet in F Major. With its air of urgent expectation, New Orford delivered the Quartet’s evanescent phrases and magical textures with enviable mastery. Kudos to violist Eric Nowlin for his many impassioned, vibrant solos and to cellist Brian Manker for his poignant lyricism in the quiet Très lent third movement. Supple, authoritative violinists Jonathan Crow and Andrew Wan completed the New Orford String Quartet roster.

Started while Ravel was still a student at the Paris Conservatoire, his String Quartet provides a case lesson for withholding judgement of music the listener does not at first understand. When Théodore Dubois, a member of the Conservatoire faculty and a highly respected musician in Paris at the turn of the 20th century, heard the first movement of Ravel’s String Quartet, he was so outraged by it that he had Ravel expelled from the Conservatoire because, in Dubois’ opinion, the work was unworthy of that august institution.

Undeterred by such prissy criticism, Ravel completed his String Quartet and lived to see it become a staple of the string quartet repertory. A century later, it is known everywhere as one of the most beloved string quartets, while the compositions of Théodore Dubois are unknown except to reference librarians. In the middle of the last century, Dubois’ sole recognized opus was his widely used Lenten oratorio, The Seven Last Words, although today this musty score is brought out from time to time by snarky choral directors only to show their singers what bathetic nonsense once passed for devotional piety.

This concert was presented by the La Jolla Music Society on August 21, 2018, as part of SummerFest 2018 at UC San Diego’s Conrad Prebys Concert Hall. The festival continues through August 24, 2018, at this venue and at the Balboa Theatre in downtown San Diego.