Most 19th-century European composers thought they had a clear notion of what Hungarian music was like, and the marking “all’ Ongarese” (“in the Hungarian style”) on musical scores became common. Not until composers Zoltán Kodály and Béla Bartók made extensive ethnomusicological forays into the remote villages of the Hungarian countryside in the early years of the 20th century did the authentic Hungarian music come out of hiding. And immediately it became clear that all of those beloved “Hungarian Dances” and “Hungarian Rhapsodies” of the classical repertory were not inspired by the strangely modal, rhythmically asymmetical vocal and dance tunes of peasant Hungarian cultures, but related instead to the popular music of the Hungarian Roma (aka Gypsies). 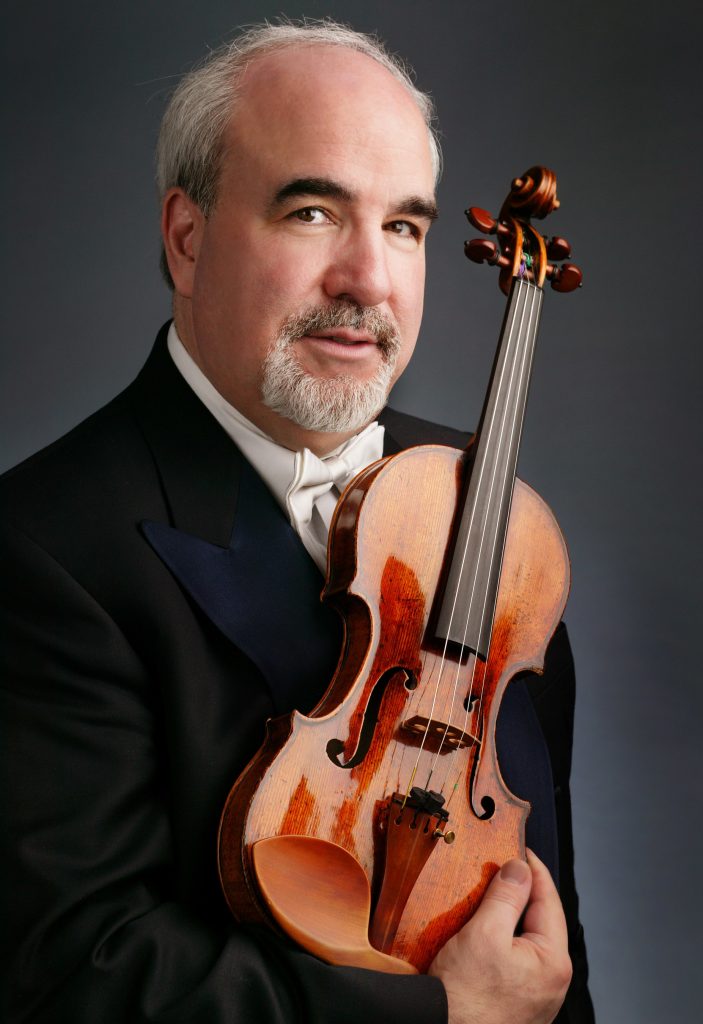 The SummerFest program of August 8, 2017, brought us important works from this actual Hungarian repertory. Kodály’s 1914 Duo for Violin and Cello, Op. 7, incorporates some of the authentic Hungarian tunes the composer discovered and recorded during his musical research trips, and the trove of this rare music is part of what makes this work amazing. But only part! More astounding are the wondrously inventive permutations the composer extrapolated from this material as the violin and cello engage in virtuoso combat. Unexpected harmonic progressions and acrobatic contrapuntal feats make Kodály’s Duo one of the most mesmerizing journeys of the chamber music repertory.

Could Music Director Cho-Liang Lin have found better performers for the Duo than violinist Glenn Dicterow and cellist Robert deMaine? Dicterow, recently retired as the New York Philharmonic’s longtime concertmaster, used his stupendous technique and powerful yet gleaming sonority—especially in the violin’s highest range—to master every challenge of this complex score, and he was matched at every turn by deMaine’s burnished, muscular playing. Both performers are new this season to the SummerFest roster, and this was without a doubt a musical marriage made in heaven. I rarely use the term “breathtaking” in a review, but their account of Kodály’s Duo was nothing less than that.

And incredible as it seemed, the program only got better. Soprano Lyubova Petrova returned to give an emotionally rich performance of Béla Bartók’s spellbinding 1924 song cycle Falun, Village Scenes, marvellous settings of Slovak folk songs Bartók acquired on his research trips. Petrova transported us to a remote place and culture so completely different from our own, alternately caressing or impishly declaimed these rustic melodies, while pianist Michelle Naughton deftly unleashed the composer’s intricate accompaniments that interpreted the songs’ darker subtexts: a young girl’s sorrow when her friend leaves to marry, or a mother’s lullaby that reveals her fears that the child will grow up and abandon her mother in old age.

Bartók’s challenging Fourth String Quartet pulled us deeper into the composer’s dark, wondrous realm, and the Miró Quartet proved a compelling guide. To the outer movements they brought vibrant clarity and their estimable, immaculately balanced ensemble, and their technical prowess made the Allegro pizzicato a scintillating adventure. But it was the haunting “night music” of the middle movement that showed their greatest virtues: soulful solos by cellist Joshua Gindele, gossamer roulades from violinists Daniel Ching and William Fedkenheuer, and the dark musings of violist John Largess. Do you want to know what 20th-century European music was about—then listen to this String Quartet.

Oddly, the program opened with Franz Liszt’s Grand Duo Concertante sur la romance de M. Lafont “Le mai,” played with astounding finesse by violinist David Chan and pianist Olga Kern. Yes, Liszt was Hungarian by birth, and Hungarians adore his memory. The acclaimed music conservatory in Budapest is named for him. But this gaudy exercise of Parisian salon music from the 1830s has nothing to do with Hungarian musical culture, so I thought it was an odd introduction to the profound program of Hungarian music that followed it.

This concert was presented by the La Jolla Music Society’s SummerFest on August 8, 2017, at UC San Diego’s Conrad Prebys Concert Hall. The festival continues through August 25, 2017.