Russian pianist Olga Kern opened the program with solo repertory that ensured no one would eclipse her bravura artistry. No erudite Bach fugues or charming Brahms intermezzos for this performer: she started with three brilliant Rachmaninoff Preludes, including the famous Prelude in G Minor, Op. 23, No. 5, taken at blistering tempos that I thought had been outlawed by several U.N. disarmament treaties.

Kern shifted from Rachmaninoff to a pair of flashy etudes by Alexander Scriabin and then Mily Balakirev’s “Islamey,” affectionately known among keyboard players as the hardest piece in all of piano literature. Considering the sonic possibilities of the blazing octaves issuing from every sector of the piano, Kern managed to sustain a lustrous tone from the piano at every dynamic level. And lest anyone think fast and furious is her only calling card, her immaculately detailed and impeccably nuanced accompaniments to soprano Lyubov Petrova’s Dvořák cycle of Gypsy Songs proved she is as equally at home with finesse as she is with panache.

My only question about Kern’s performance was her decision to play Rimsky-Korsakov’s popular bauble “Flight of the Bumblebee” as an encore to her solo section of the program. Did she think that after listening to 10 minutes of muscular virtuosity in Balakirev’s “Islamey” we were still unconvinced of her technical splendor? 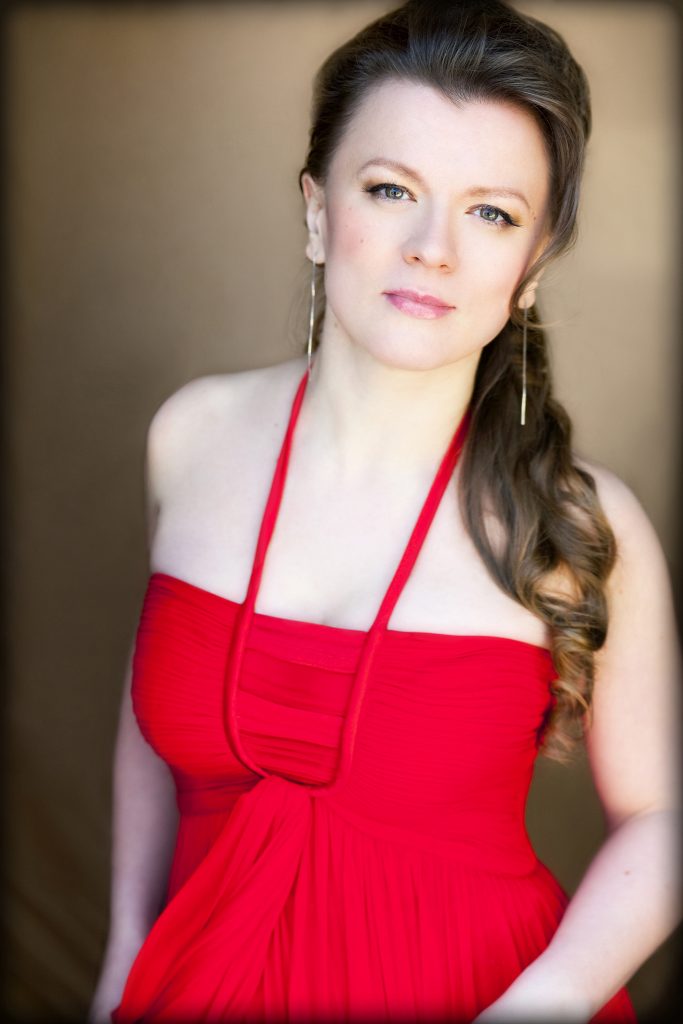 The return of Russian soprano Lyubov Petrova to SummerFest is the kind of miracle for which this critic prays regularly. To the 2015 SummerFest she brought her magnificent interpretation of songs by Rachmaninoff and Shostakovich, and her gripping account of Antonín Dvořák’s set of seven Gypsy Songs, Op. 55, on Saturday (sung in the original Czech) equaled her performance of the Russian repertory. Her ample, shimmering soprano builds beautifully as it ascends, but what sets her apart is her irresistible emotional communication. Whether she sings of love, death, sorrow, or the Roma’s zeal for freedom, she never merely sings about these states—she incarnates them and forces her listeners to confront them. If you just want to hear someone sing pretty songs, don’t go to Petrova. But if you are willing to have your soul touched—seared maybe—she is the one!

Sisters Christina and Michelle Naughton, young American pianists, gave fluent accounts of Frédéric Chopin’s Rondo for Two Pianos in C Major, Op. 73, and Witold Lutasławski’s witty “Variations on a Theme of Paganini” for two pianos. Although their seamless unity deserves highest praise, I found their touch on the shallow side in the Chopin Rondo. Granted, this frothy exercise has little to say, but their feathery articulation brought to mind that machine that spins out cotton candy at county fairs. Fortunately, they dug into the humor and harmonic surprises of the Lutsasławski with more vigor and chiseled articulation.

In terms of well-matched temperament and skill, the Miró Quartet and pianist Inon Barnatan combined splendidly for Antonín Dvořák’s evergreen Piano Quintet in A Major, Op. 81. These five musicians responded with avidity to the composer’s invigorating and incessant changes of mood and texture that define one of Dvořák’s most successful works. Barnatan mirrored exquisitely Miró’s soulful outpouring in the Dumka, for example, but they carefully preserved the eloquence with which the composer expressed this traditional lament. And in the more extroverted movements, passion shone through their acutely balanced ensembles. Members of the Miró Quartet are Daniel Ching and William Fedkenheuer, violins; John Largess, viola, and Joshua Gindele, cello.

When SummerFest Music Director Cho-Liang Lin came up with this concert’s title, “From Prague with Love,” he no doubt had these musicians performing the Dvořák Piano Quintet in mind.

This concert was presented by the La Jolla Music Society at UC San Diego’s Conrad Prebys Concert Hall on Saturday, August 5, 2017 as part of its 2017 music festival SummerFest. The La Jolla SummerFest continues through Friday, August 25, with most of the concerts presented in this venue.