Beyond Bach, Sunday’s SummerFest 2022 program, offered a clever potpourri of works that inspired—or might have inspired—J. S. Bach, as well as a few works inspired by the Leipzig master himself.

A familiar J. S. Bach work anchored the program, his well-known Concerto in D Minor for Two Violins and Strings, BWV 1043, featuring Blake Pouliot and Tessa Lark as soloists. In the fast outer movements the soloists’ animated physical movements proved as athletic as their phrasing. Only in the “Largo,” the indulgent, slow middle movement, did we get to savor the soloists’ sweet, shimmering timbres as their graceful, arched phrases floated above the accompanying strings. 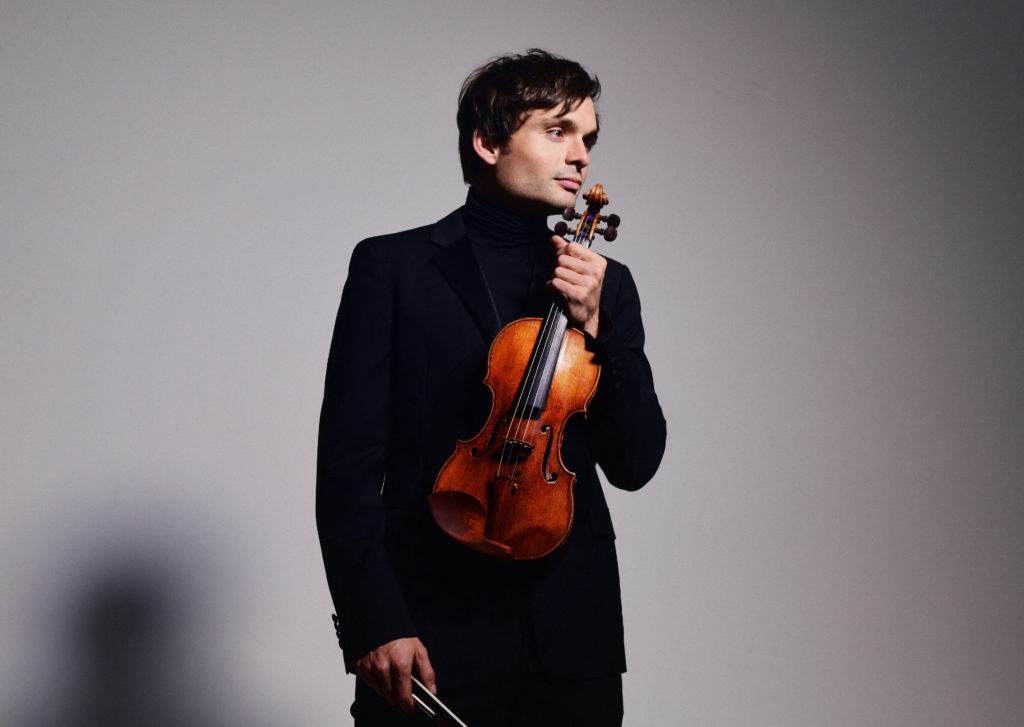 A work that the young J. S. Bach found intriguing enough to copy and arrange as an organ solo, Antonio Vivaldi’s Violin Concerto in D Major, RV 208, contrasted pleasantly with the Bach Double Concerto, as the D Minor Concerto for Two Violins is often called. Francisco Fullana tore into Vivaldi’s bravura writing for the solo violin with jaw-dropping command, especially in the outer movements’ daunting cadenzas. Since Vivaldi titled his middle movement “Recitativo,” Fullana took the liberty of spinning out delicately unpredictable traceries over a very spare but effective continuo line: it was in a word—exquisite.

I doubt many members of the SummerFest audience had experienced Heinrich Biber’s Battalia à 10 for strings and continuo, but once this clever tone poem from 1673 started, everyone was either figuratively or literally sitting of the edge of their seat waiting to see what would come next. Long before Beethoven thought of depicting nature’s storms in his Pastoral Symphony or Smetana decided to portray the flowing waters of his beloved Moldau, Biber was painting clever scenes in his chamber music.

An early scene in Battalia à 10 depicts a gaggle of soldiers singing off-key songs in a tavern; in his march movement, the composer instructs the bass player to place a sheet of paper under his instrument’s strings to imitate the sound of the snare drum that typically that accompanies the soldiers’ step, and in the battle scene itself, Biber requires violent pizzicato strokes from the lowest strings to imitate the firing of muskets. Realist that he was, Biber composed a quiet final movement, full of moans as the soldiers lamented their battle wounds. Had Biber lived a few centuries later, Hollywood would have snatched him up to score films by the dozen!

J. S. Bach’s most successful son, Carl Philipp Emanuel Bach, spent most of his career as a court musician, so it is no surprise that he wrote some 20 symphonies and 50 concertos, as opposed to his father’s 200 church cantatas. Cellist Johannes Moser gave a fluent, supple account of C. P. E. Bach’s Concerto No. 3 in A Major for Cello, Wq 172, a well-constructed work that surely would have gained his father’s approval. The cello’s fiery figurations that fill the outer movements no doubt pleased the King of Prussia and his court, but the elegiac , highly ornamented themes of the center movement—adroitly communicated by Moser—appeared to speak most eloquently to Sunday’s audience at The Conrad.

Several shorter pieces garnished this rich program: a late medieval motet “Angelorum Psalat” by Rodericus and arranged for violin and cello; Andrea Falconieri’s late Renaissance “Chaconne in G Major” for strings and continuo; a minute-long duo for violin and cello by C. P. E. Bach, and the slow movement from Maurice Ravel’s Sonata for Violin and Cello. Violinist Simone Porter and cellist Jay Campbell did the honors with these shorter duos, and each one added a unique flash of color and stylistic contrast to the program.

This SummerFest 2022 concert was presented by the La Jolla Music Society on Sunday, July 31, 2022, in the Conrad Prebys Performing Arts Center in downtown La Jolla.