SummerFest 2020 signed off Saturday, August 29, with an exuberant slalom through Schubert’s “Trout” Piano Quintet, D. 667. In his introduction to the performance, Music Director Inon Barnatan explained that it was the quintet’s “carefree, joyful” character that made it the right choice. Considering the perilous state of the nation’s health and the current acrimonious political climate, such a decision is either a sign of hope or of desperate distraction.

Like this festival’s other ensemble performances, the five players forged their ample individual musical prowess in amicable mutual consort. The quintet gets its name from the well-known Schubert art song “Die Forelle” (or “The Trout”), and pianist Barnatan supplied as much lyrical finesse as his instrument would allow. Schubert—whose piano sonatas rival those of Beethoven in presenting taxing demands on players—gave Barnatan ample opportunity to flaunt his brilliant dexterity in idiomatic thematic elaborations. 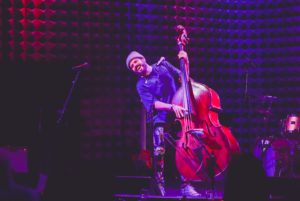 Schubert assigns much the lyrical exposition to the cello, inasmuch as the friend for whom the piece was written was a cellist, and SummerFest 2020 was fortunate to have Alisa Weilerstein carry out this duty on Saturday. When its comes to fashioning an ardent melodic line on her instrument, Weilerstein has few rivals, and even midst the rich melodic bounty produced by her colleagues in this mellifluous work, she stood out gloriously.

Violinist Tessa Lark excelled in her elegantly tapered thematic volleys with the piano in the Andante, which also featured swooning exchanges between Weilerstein and violist Yura Lee, whose colorful sonority and supple phrasing also increased the quintet’s allure. New to the SummerFest 2020 roster, contrabass master Michael Thurber sustained the ensemble with a dynamic range that started at dulcet rumble and crested at majestic roar.

Perhaps to atone for this festival’s concentration on 19th-century music, Barnatan opened this final program with a set of J.S. Bach Two-Part Inventions arranged for violin and contrabass and Sergei Prokofiev’s decidedly neoclassical Sonata in C Major for Two Violins from 1932.

Lark and Thurber gave a nimble, stylishly nuanced account to seven of the Bach Two-Part Inventions, which were originally written for harpsichord or clavichord. With the violin 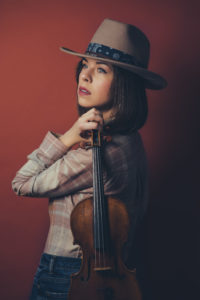 playing the right hand and the contrabass playing the left hand part, the duo brought a certain vigor to these inventions, as well as a dynamic contour to the phrasing that Bach’s keyboard instruments could not achieve.

In four compact movements, Prokofiev’s Sonata for Two Violins covers a surprisingly wide range of musical ideas and textures with just two instruments of identical range, a tribute to the composer’s inventive imagination. From the agitated and breathlessly close imitative portions of the Allegro to the long, undulating themes of the Comodo, quasi allegretto, Tessa Lark and Yura Lee made a substantial case for hearing this fine work more frequently in concert and recital.