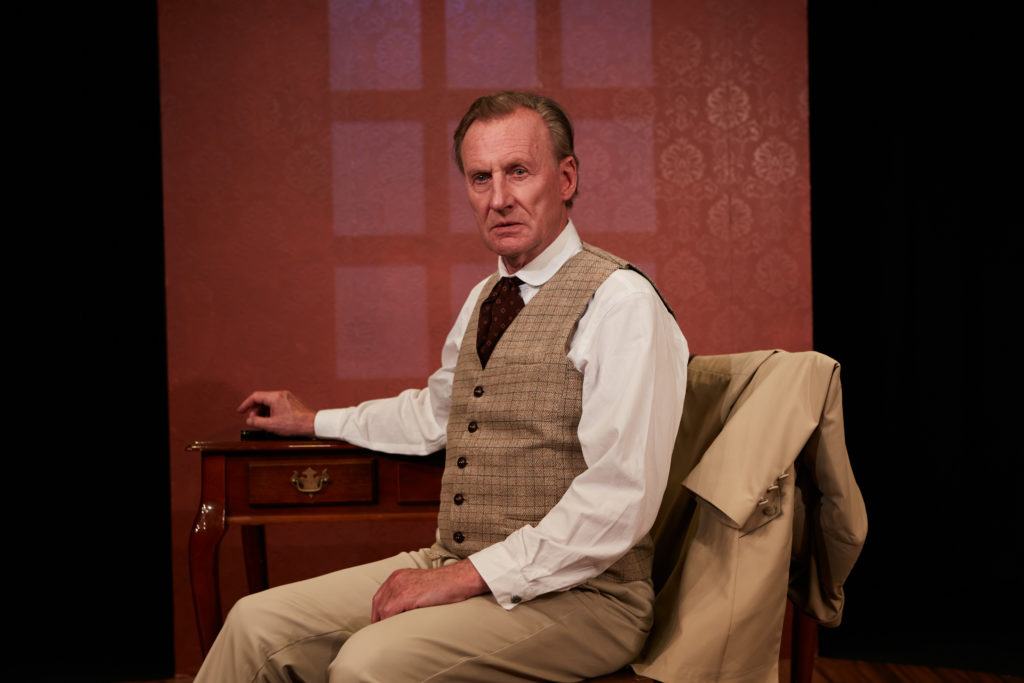 Desire and obsession can go hand in hand. Sometimes, a person becomes so infatuated with another, that they are willing to do anything to be worthy of love. That concept is dramatized intensely, in North Coast Repertory Theatre’s fantastic video production of the world premiere solo show, Dr. Glas.

Adapted from Hjalmar Soderberg’s epistolary novel, an early 20th century Swedish medic, Dr. Glas (Daniel Gerroll) in Stockholm Sweden, falls for a married woman, Helga. The wife confesses that she does not love her husband, the Pastor, Gregorius, and that he consistently treats her in a horrible manner. Glas becomes incredibly smitten, and is determined to find a way to end Helga’s relationship with the man of God.

Jeffrey Hatcher’s writing, based on David Barret’s translation of Soderberg’s book, finds a balance of portraying Glas as both disturbing and empathetic. Glas’ consuming personality is unnerving, but he is also a depressed and lonely man with hidden regrets. Hatchher’s prose are captivating, and it is enthralling to see Glas’ arc throughout the roughly one hour run time.

The North Coast Rep’s production is intentionally subtle, and Artistic Director, David Ellenstein, stages the most suspenseful scenes with a reserved style that ties in perfectly to the character study. His direction and blocking are appropriately focused on Gerroll’s performance.

Gerroll masterfully depicts the buttoned-up and closed off persona of Glas, and brings physical and vocal nuance to other roles, including Helga and Gregorius. Even with his intentionally controlled style of acting, Gerroll is able to connect emotionally with theatregoers, when Glas sadly reflects on current personal disappointments as well as his past. 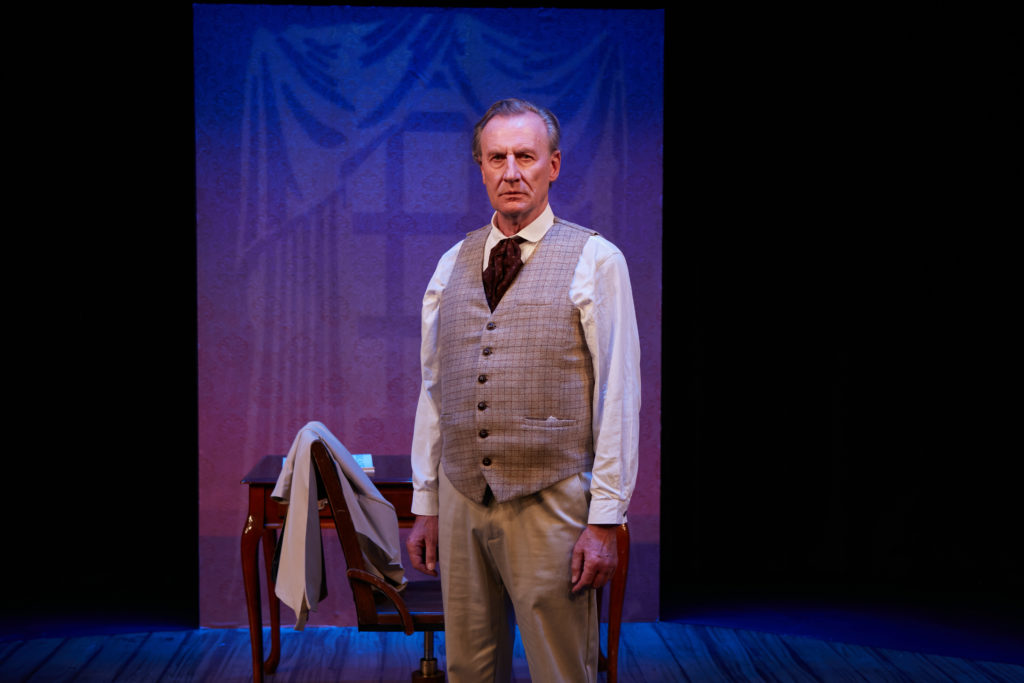 Two members of the design team deserve to be singled out for their contributions. Set designer, Marty Burnett, creates an environment that visually dramatizes several locations.

Crucial to the filming is cinematographer/editor, Aaron Rumley. Although not entirely filmed in real time, Rumley is responsible for the illusion that viewers are seeing the entire play unfold in front of their eyes.

Following the streamed production is a discussion with Gerroll and Hatcher, hosted by Ellenstein. The conversation adds more entertainment value for ticketholders, especially for those who appreciate and love hearing about the behind-the-scenes process.

Far from a bombastic melodrama, Dr. Glas is a quietly powerful, dark and bittersweet tale. Under the direction of Ellenstein, Gerroll’s depiction of the doctor, manages to turn a flawed and reserved soul into a hauntingly human one.

Dr. Glas is available for viewing through August 15.