Although a few events remain in San Diego’s It’s About Time music festival, Festival Curator Steven Schick made his last festival appearance with the San Diego Symphony Sunday, January 28. To say that he pulled out all the stops would not begin to describe the impact he made in those two hours conducting the San Diego Symphony at the Jacobs Music Center. 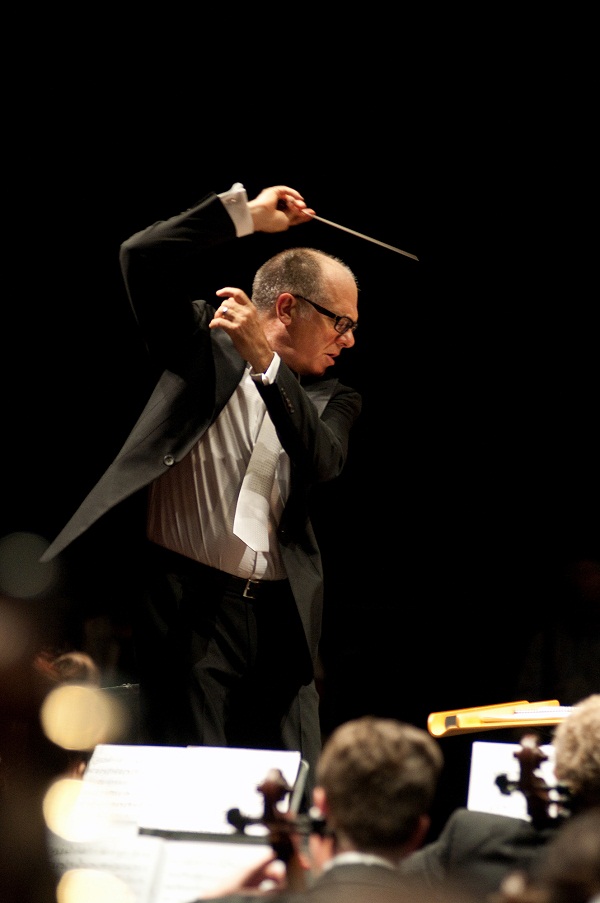 Over the last decade—at very least—I cannot recall a more exciting, riveting selection of symphonic music performed in that hall. The orchestra responded to Schick’s incisive, insightful direction with commanding strength and polish, from waves of ardent, well-balanced fortes to a profusion of deft, articulate solos from first chair players across the orchestra.

For the heart of his program, Schick chose Toru Takemitsu’s “From me flows what you call Time,” a work too sweeping and transcendent to be called a Concerto for Five Percussion Soloists and Orchestra, although in a neutral, descriptive sense, it is that. Here is my best description of Takemitsu’s piece: start with Béla Bartók’s virtuoso Concerto for Orchestra; then add parts for five master percussionists—each focusing on different families of percussion instruments; fuse the concerto’s three movements into one, but double in length, and infuse the entire texture with the delicacy of a Javanese gamelan.

True to his Japanese tradition, Takemitsu opens his piece with a diaphanous flute solo that brings to mind the trembling timbre of the shakuhachi. Soon the harp and other quiet instruments create a wisp of gentle sounds that fill the air with sonic incense to accompany the procession into the hall and onto the stage of the five percussionists, each carrying and playing finger cymbals. 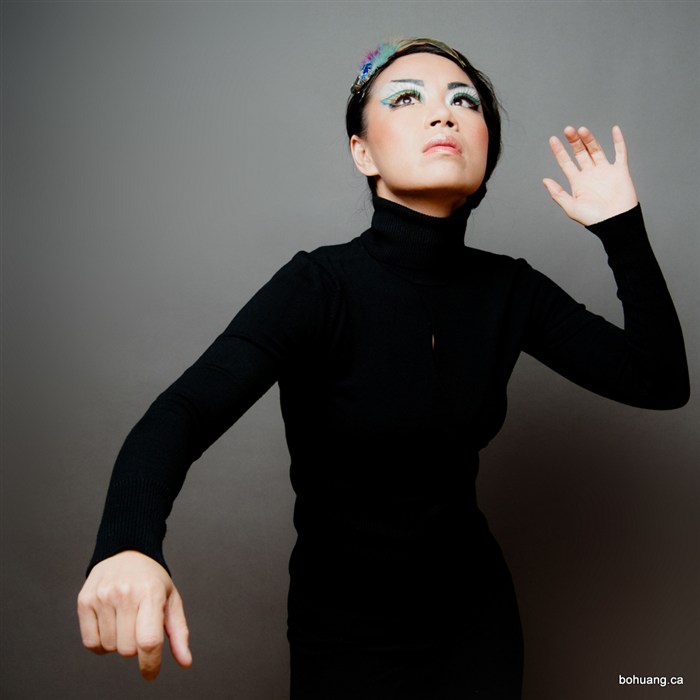 Most magical of all the varied percussion effects—and I have mentioned only a portion—was the row of a dozen large wind chimes suspended beneath the edge of the hall’s grand tier level and connected to the front of the stage by a series of large ribbons that were gathered each end of the stage. From that vantage point, Cohen and Watkins could step over to gently undulate the ribbons, causing all the wind chimes to flutter softly.

Surrounding these varied percussion sonorities, Takemitsu placed slowly moving chords from the full orchestra and a myriad of curling woodwind solos occasionally reproached by mellow progressions from the trombones. Schick kept these complex components in exquisite balance with apparent ease, achieving the composer’s aim of suspending time while filling it sumptuously.

Schick chose Maurice Ravel’s Suite from “Mother Goose” as his elegantly understated prelude to the Takemitsu. The master orchestrator of the 20th century, who demonstrated conclusively that less can be more, Ravel turned the charming piano pieces he wrote for a pair of young students into pointillist orchestral gems, which the symphony realized with consummate finesse.

Since Honegger’s tone poem “Pacific 231” from 1924, the modern industrial world has beckoned certain composers, and Missy Mazzoli joined that club with her 2013 work “River Rouge Transfiguration,” a paean to Detroit’s River Rouge automobile plant. If her minimalist iterations charged with intense expectation suggest never-ending assembly lines, I will happily buy that, although I found nothing particularly industrial sounding about Mazzoli’s beautifully sculpted work. But, of course, if we need a piece with real industrial sounds, George Antheil gave us “Ballet mécanique,” which actually calls for airplane propellers and a buzz saw. So I laud Mazzoli’s more impressionist portrait of the assembly plant, appropriately premiered by the Detroit Symphony under Leonard Slatkin. The San Diego Symphony’s propulsive account of the work under Steven Schick only made me hope to hear it again soon.

With Takemitsu and Mazzoli still singing in my ears, Béla Bartók’s Suite from “The Miraculous Mandarin” seemed more tumultuous than I recalled it sounding. Schick and the orchestra treated it as the tour de force the composer intended, stressing equally its danger and excitement. Schick urgently prepared the work’s many explosive climaxes and guided them deftly into those mercurial changes that are Bartók’s trademark.

The San Diego Symphony performed this concert in the Jacobs Music Center’s Copley Symphony Hall January 26 & 28, 2018. The January 28th performance was heard for this review. The Jacobs Masterworks Series resumes with concerts in the same venue on February 2 & 3, 2018.