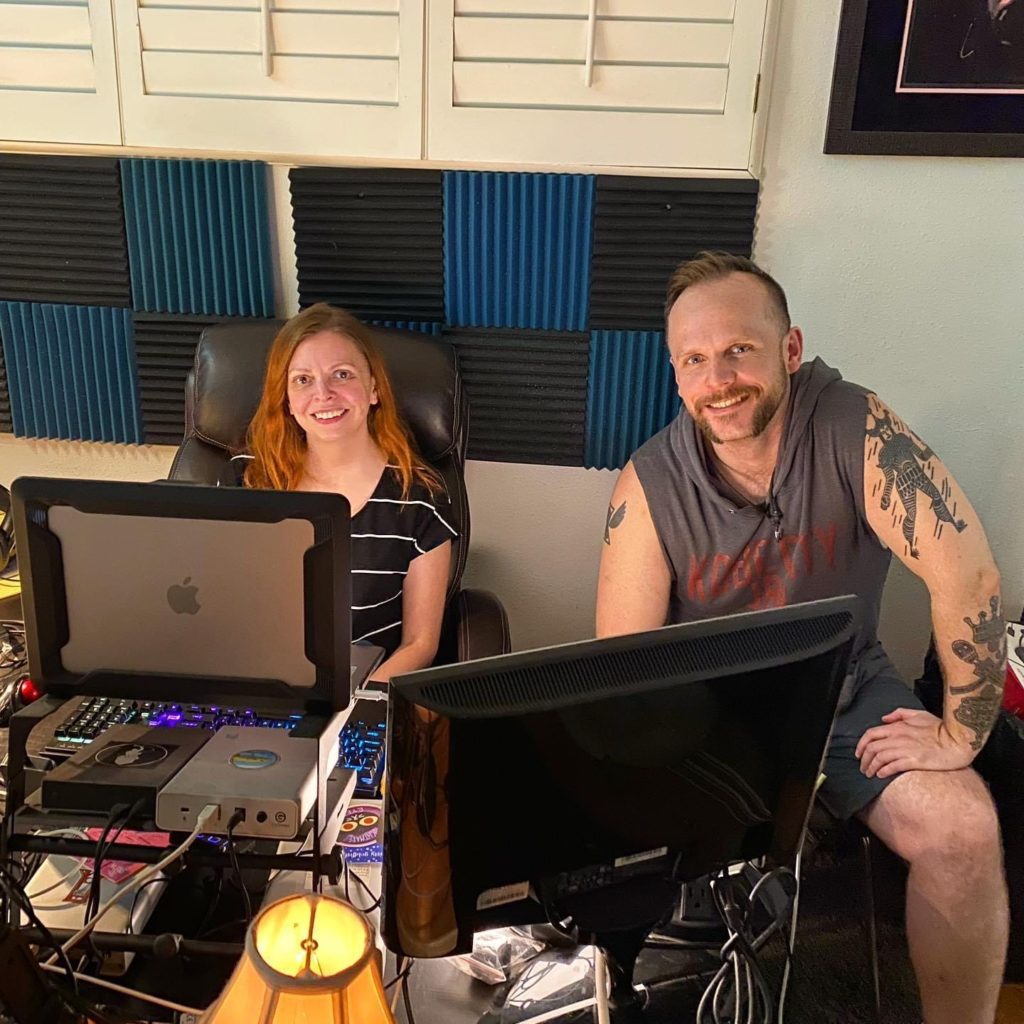 Jennifer D. Corley and So Say We All Executive Director/editor, Justin Hudnall. (Photo courtesy of So Say We All.)

Even during Covid-19, people are finding creative ways to celebrate Halloween. A new audio series of stories offering chills is Listen with the Lights Off: A Radio Horrorshow, presented by La Jolla Playhouse’s Without Walls (WOW) Goes Digital Festival and produced by the literary and performing arts nonprofit organization, So Say We All.

After a witty introduction from So Say We All’s Program Director/editor/producer, Jennifer D. Corley, audiences listen to a tale about an unhappy, unfulfilled, unnamed New York English teacher (voiced by Rhianna Basore) and her boyfriend, David (voiced by Salomon Maya), called This is a Ghost Story. Despite the fact that she never met David’s departed fiancée, Eliza, the teacher is haunted by her passing.

David’s girlfriend begins to obsess about Eliza on All Souls’ Day, after he goes alone to her grave. When he returns home, it becomes clear that David’s girlfriend is not satisfied with their romantic relationship.

The New Yorker becomes increasingly distraught after seeing a woman who looks like Eliza on a train.

Writer, Juliet Escoria, leaves it up to listeners to decide whether the female protagonist is being haunted by the spirit of Eliza, or if she is suffering from a psychological breakdown.

Basore is disturbing, when vocally acting out a world-weary attitude, and Maya is able to capture both David’s surface level kindness and emotionally distant personality.

Narrated by Yolanda Marie Franklin, she describes the aftermath of a future where animals are endangered.

In order to fix the issue, the solution is to put most living animals from the land, air and sea, in an ark, which becomes the main attraction of a theme park.

Listen with the Lights Off logo. (Image courtesy of the La Jolla Playhouse.)

Miller writes in a descriptive and peaceful style, using positive language to depict the park. Her writing slowly builds up to an unsettling payoff, that Franklin is able to convey through her narration.

Because of both unnerving plots, episode one of Listen with the Lights Off leaves a lasting and memorable impression. I would recommend listening to it in a dark and quiet room.

Episodes One and Two are available now. Episode Three will be available on October 28.