When San Diego Opera General Director David Bennett signed soprano Lise Lindstrom to sing the title role in the company’s upcoming production of Puccini’s Turandot, he was not exactly going out on a limb. She had performed it with acclaim at her Metropolitan Opera debut in 2009, not to mention a well-received San Diego Opera production in 2011. And in more than a few other venues as well. 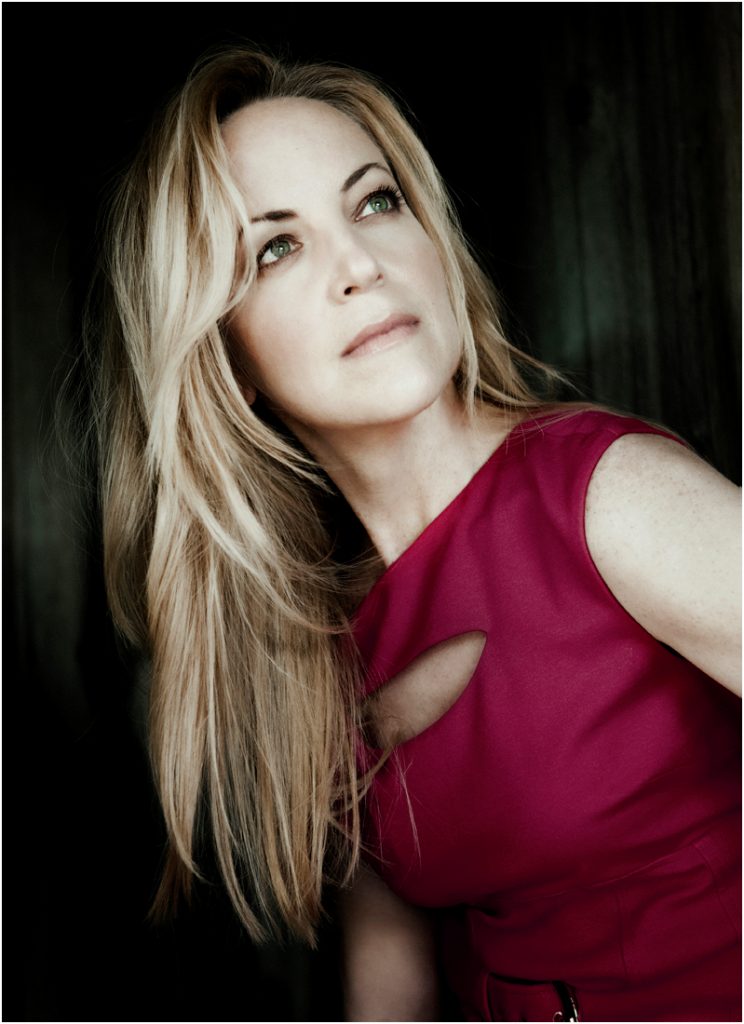 “Yes, I have sung Turandot 100 times and in 40 different productions,” she noted with nonchalant understatement. Now it is hardly unusual for a singer to repeat a role that fits them, but Puccini’s Turandot, the notorious ice princess Empress, is no everyday role. Scholars and opera mavens agree that Turandot is the most difficult role Puccini wrote, particularly because of its unrelenting demands in the singer’s highest range. Arguably, it is one of the most challenging roles in the standard repertory.

“Turandot is unlike any other Puccini role because she is a declamatory character—she tells it like it is—and the composer has left her with little lyrical reflection. In this opera, he gave that to the other soprano character Liù.”

With her commanding dramatic soprano voice, Lindstrom’s specialty both in North American and European houses is singing those other powerful soprano characters along with Turandot: Richard Strauss’ Salome and Electra, Richard Wagner’s Senta in Der fliegende Holländer and his Ring Cycle’s Brunnhilde, as well as Alban Berg’s Marie in Wozzeck.

“For me, singing Elecktra is like falling out of bed,” Lindstrom said, an observation not likely to be heard from other sopranos, in my experience.

Keeping a repeated role fresh certainly is the singer’s unavoidable challenge. “Every production has to be constant exploration,” Lindstrom explained. “Sometimes the best insight comes to me in performance, which is why I always try to be spontaneous on stage. Of course, an excellent director can also be an important source of new ideas and inspiration.”

Like other dramatic sopranos, Lindstrom did not start out in that vocal classification. She recalled her first onstage role as Donna Anna in Mozart’s Don Giovanni, a coloratura role.

“At age 18 or 19 I sang Donna Anna for the Berkeley Opera company, and in this particular production it so happened that the role of the Commendatore [Donna Anna’s father] was sung by my actual father, who was an accomplished singer.”

As a budding coloratura, her vocal idol was Joan Sutherland. “When I started singing seriously, I listened to the recordings of Joan Sutherland almost exclusively. There was something simply about the sound of her voice—I didn’t care if I didn’t understand what she was singing way up in the stratosphere. And then there was her chilling accuracy. Later, when my voice came into its own, I turned to listening to the bigger, dramatic voices of Maria Callas and Renata Tebaldi.”

Having both parents as singers gave her excellent role models, and looking back, Lindstrom observed that her mother’s influence proved of particular importance. “My mom was a trained singer, but she gave up her career to raise her children. She had an extremely good ear and excellent stage sense, not that she literally coached me along the way. But I gleaned these and other traits as I observed her perform.”

Her parents applauded her musical studies, but they cautioned her about making a career of music. “I remember my dad taking me aside and giving me a serious heart to heart talk about not pursuing music as a profession—and two days later I was accepted into my first opera apprentice program.”

“Lindstrom’s magnificent vocal focus and expansive range cut through the orchestra, regardless of tessitura, while effectively portraying a self-destructive, harried, unhappy woman and a negligent mother,” was typical of her favorable evaluation by the city’s notoriously demanding press. But this vocal success came at some personal cost:

“I was overwhelmed by the intensity of the role at every point—it was both astonishing and heartbreaking, a rough two months.”

When asked what role she is aspiring to add to her repertory, she answered without hesitation: Wagner’s Isolde.

San Diego audiences may have a wait to hear her sing that role, but they have two upcoming chances with San Diego Opera to partake of the soprano’s prowess. Puccini’s Turandot opens with Lindstrom in the title role from February 24 to March 4, 2018 in Civic Theatre. She returns to the Balboa Theatre on May 5, 2018, for a concert with bass baritone Greer Grimsley, accompanied by the San Diego Symphony.