Soprano Ellie Dehn, a favorite lead soprano with San Diego Opera, has returned to the company to sing Alice Ford in Giuseppe Verdi’s Shakespearean comedy Falstaff. Two seasons ago she impressed local opera aficionados with her gorgeous, definitive Donna Anna in director Nicholas Muni’s stunning production of Mozart’s Don Giovanni, redeeming the promise many saw in her local debut as Mimi in Puccini’s La bohème in 2010. 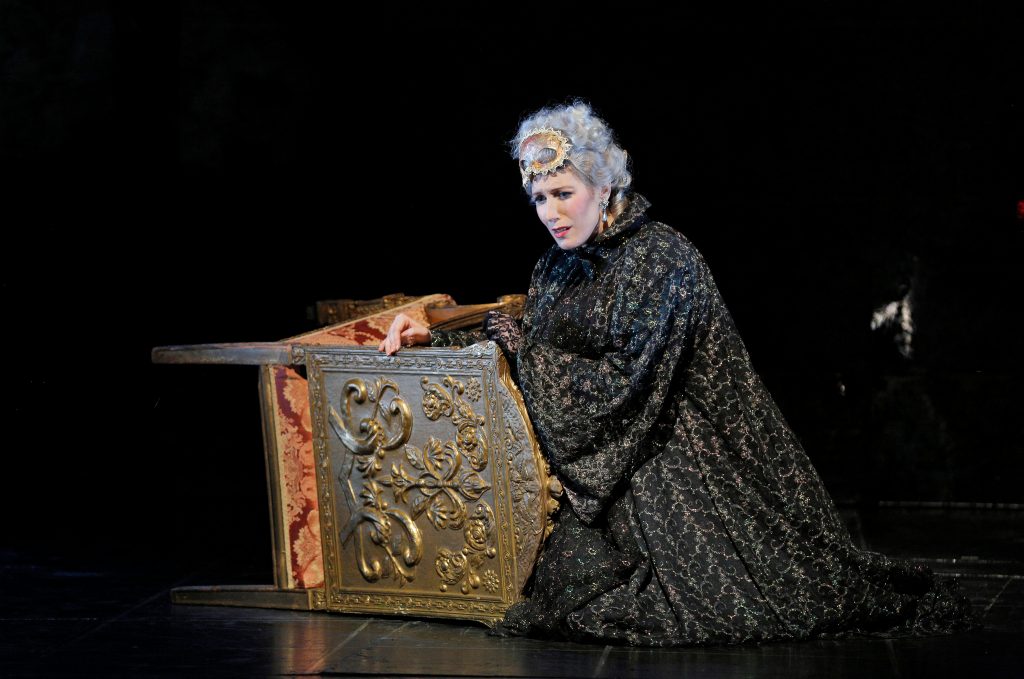 Unlike the plots of popular operas such as La bohème and Don Giovanni, which are vaguely familiar even to people who don’t attend opera, Falstaff’s story requires some explanation. Verdi’s favorite librettist Arrigo Boito stitched together portions from several Shakespeare plays to create a comic story about Sir John Falstaff, a presumptuous, long past his prime Lothario who foolishly believes he can charm and seduce two women. Dehn plays Alice Ford, one of the women on whom Falstaff has set his sights.

“Alice Ford is a character role,” Dehn explained, “and Falstaff is a true ensemble opera where the reward is your interaction with your colleagues on stage. Alice is the ring-leader of her friends, and although she is a mother with a grown daughter, she has an exceptionally youthful spirit. Even her revenge on Falstaff is done in good fun.”

Dehn noted the musical challenges of learning this role. Written at the apex of Verdi’s career as an opera composer—it turned out to be his last opera—the composer’s score is rhythmically complex, and Boito’s sophisticated text requires great precision from the singers.

“A bad Alice Ford can be the worst night at the opera,” she observed, “but a great Alice Ford is magic.”

Dehn grew up in Anoka, a suburb of Minneapolis, and like many established opera singers who come from small towns, opera was not exactly on her radar. “In high school, I sang in the choir, played flute in the band, and sang in all of the school musicals.” 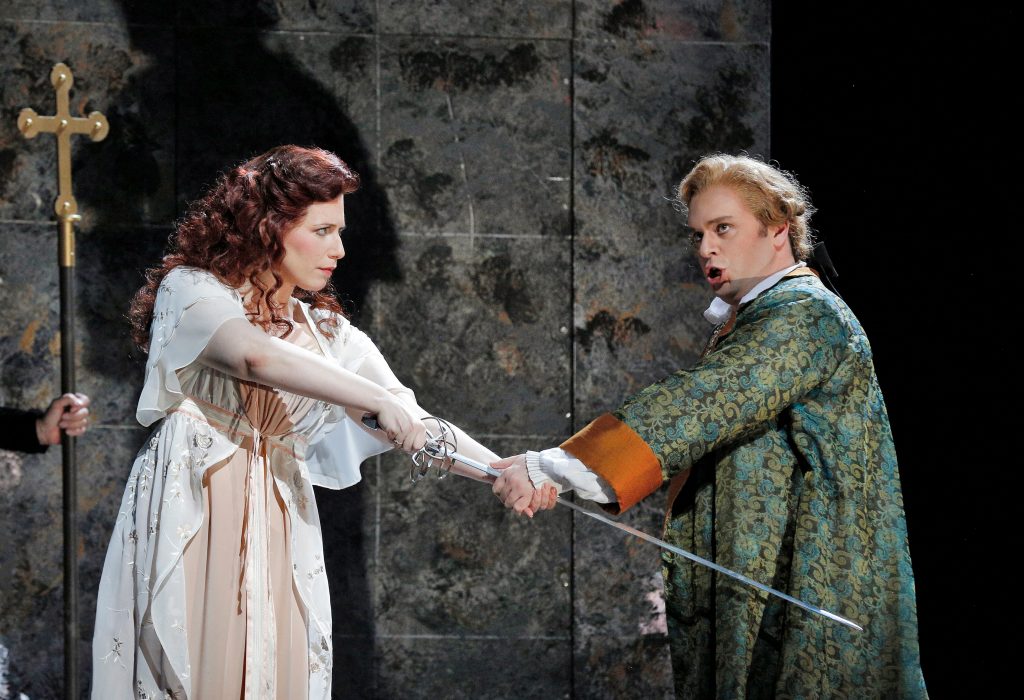 It was not until she attended Oberlin College that her interest in singing opera was awakened by a perceptive and supportive vocal teacher, Duane Mahy. As she studied, she was encouraged to enter vocal competitions to gain recognition and build her resume. A crucially fortunate competition experience was based on a less than glorious performance, however.

“I won’t name the competition, but I fell flat on my face!” she confessed. That competition proved to be a turning point because Eve Queler, the legendary founder and Artistic Director of the Opera Orchestra of New York, attended the competition and heard Dehn sing. Queler’s company was famous for performing operas in concert, especially seldom performed operas, frequently featuring young, promising voices, but also including prominent established singers. Queler’s productions were regularly reviewed in the New York Times, and she had built up a sterling reputation in the opera world.

“She offered me a contract to sing a cover role in a production of Verdi’s early opera Il Corsaro,” Dehn added. “She loved the color of my voice, and she could tell there was something there that was worth cultivating.” Other roles from Queler followed, including her Opera Orchestra of New York debut in Meyerbeer’s L’Africaine.

In the 2007 Metropolitan Opera National Council Auditions, North America’s top young opera artist competition, Dehn emerged as a grand finalist, which landed her contracts to sing Marguerite in Gounod’s Faust in that year’s Met Opera in the Parks and her subsequent Met stage debut the following season in a production of Phillip Glass’ 1980 opera based on the life of Gandhi, Satyagraha.

Unlike some of her operatic colleagues who avoid contemporary opera, Dehn enjoys the challenges they present. “I have always liked contemporary music, and fortunately I was blessed with a good ear,” she added. With the New York City based International Contemporary Ensemble—founded by San Diego native and MacArthur “genius” grant winner Claire Chase—Dehn sang in the New York premiere of French composer Olivier Messaien’s “Chants de terre et de ciel,” a presentation of Lincoln Center’s Mostly Mozart Festival.