Over the last five years, the annual NWEAMO music festival has provided trial runs for portions of Joseph Waters’ perpetual opera-in-progress El Colibrí Mágico (The Magic Hummingbird). In April, 2019, the opera’s first act was given a polished semi-staged production at that year’s NWEAMO festival, and Sunday, May 1, 2022, musicians from this year’s festival presented six excerpts from El Colibrí Mágico at The Jazz Lounge, a small club on El Cajon Blvd. just east of the San Diego State University campus. 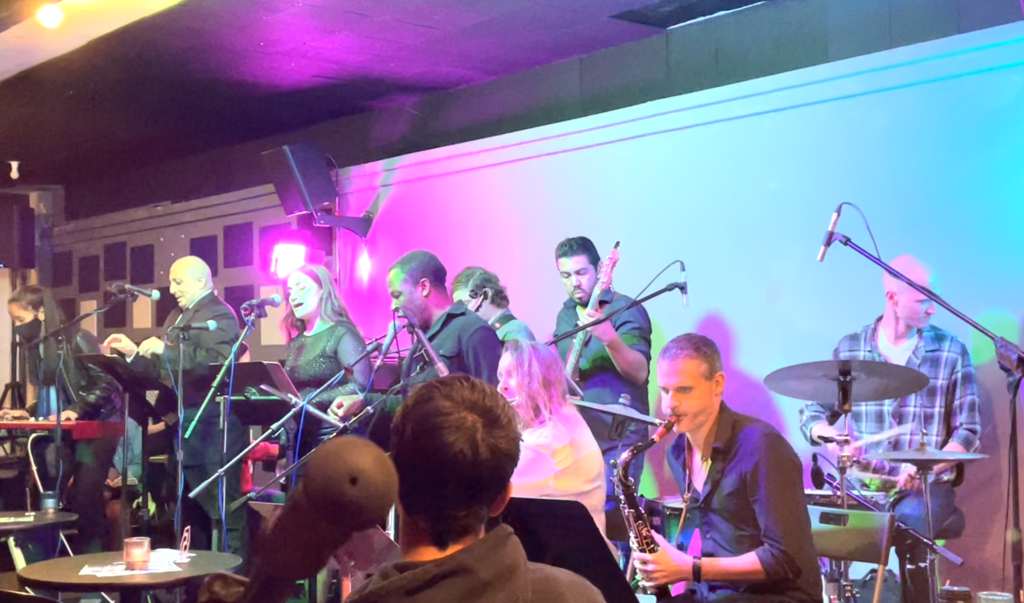 From the 2019 production, we learned that Waters’ opera is a contemporary re-imagining of the St. Francis legend played out by young people from San Diego and Tijuana who are caught up in the cross currents of spiritual exploration and border politics.

In his opera, Waters conveniently borrows or adapts from various musical traditions, depending of the situation. For example, in “The Border,” an uptempo duet sung with great conviction by mezzo-soprano Cat Rojo and baritone Leonard Patton, the composer’s harmonic palette and jaunty vocal lines would have sounded at home played by a 1940s jazz ensemble. But his highly charged “Circle of Pain,” in which countertenor Phillip Gomez joined Rojo and Patton, jolted the room with a pulsing, unadulterated Rock and Roll roller coaster ride. Karen Garcia’s gleaming soprano gave a transcendent quality to her solo “We,” a breathtaking aria with sophisticated instrumental descants worthy of an opera by Puccini or Benjamin Britten. Cat Rojo delivered “Shouldn’t” as a poignant ballad that any night club chanteuse from the 1950s would have been ready to sing to even the most jaded audience, and with Leonard Patton in “Underground,” the duo crafted a moving lament that evoked the blues with compassionate intensity.

Pianist Maile Pacumio opened Friday’s concert with her blazing solo piano etude “Libre Al Fin,” an arresting piece that recalls Béla Bartók’s rigorous keyboard style, but infused with a decided Latin beat. Nakul Tiruvaluamala sang and simultaneously added a keyboard descant to his winning song “Just a Little Bit,” an angst-filled ballad with an assured pop beat that unfolded over a crackling digital track. I am ready to hear his opera when he gets around to composing it.

Sitting in the intimate, narrow room of The Jazz Lounge, I could not help but muse on the irony of using this cozy venue for a program that required just under a dozen musicians, while Friday’s opening NWEAMO concert featured only three performers on the capacious stage of San Diego State University’s Smith Recital Hall.

This concert was presented by the NWEAMO music festival on Sunday, May 1, 2022, at The Jazz Lounge, 6818 E Cajon Blvd., San Diego.