Can San Diego audiences ever get too much of Gil Shaham? Just two months ago he brilliantly played Sergei Prokofiev’s Second Violin Concerto with the La Jolla SummerFest chamber orchestra under James Conlon, and Friday (October 14) he gave a thrilling account of Felix Mendelssohn’s beloved Violin Concerto with the San Diego Symphony under Music Director Jahja Ling—Shaham’s fifth local appearance in the last four years. 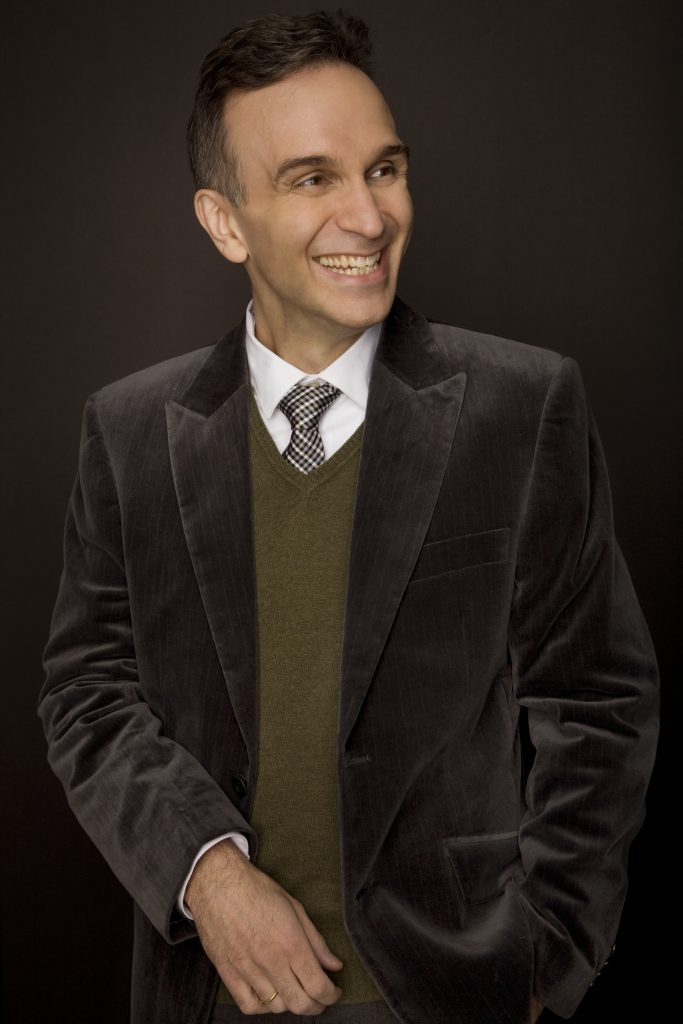 Friday’s performance with the San Diego Symphony elevated the customary festivities surrounding the orchestra’s season-opening concert, and the substantial Jacobs Music Center audience was with Shaham 100% from his silvery opening notes to to the splash of his final cadence. Unusually animated and making great eye contact with the first violinists to his right and Ling on his left, he nevertheless offered one of the most uplifting and scrupulously detailed performances of this concerto I have ever experienced.

Ling gave Shaham the royal treatment: vigorous, full-blooded orchestral support in the glorious extroverted moments of the opening Allegro molto appassionato, yet deftly scaled quiet murmers when Shaham pulled his dynamic level down to a feathery pianissimo in the tender Andante. This has always been one of Ling’s great virtues—his unfailingly adroit, seamless accompaniment of guest soloists.

Ling balanced the Mendelssohn Concerto with Johannes Brahms’ Symphony No. 3 in F Major, a disappointingly old school programming choice, but Ling’s evident conviction of the work’s merits coaxed a winning interpretation from the players. He conducted the Symphony from memory, and I appreciated his command of the opening movement’s dramatic surges as well as the charm of its lyrical sections.

We were treated to the orchestra’s most polished, buoyant playing in the Andante—notably from the woodwind sections—although I thought Ling’s overly deliberate tempo of the Poco Allegretto (Brahms’ substitute for the usual third-movement scherzo) frittered away the work’s momentum. Ling managed to save the best for the last movement, elicitng a keen sense of urgency and a more gratifying string forte.

In the middle of the last century, the prolific American composer and educator William Schuman enjoyed a high profile: he was for several decades president of the Juilliard School of Music and then president of New York City’s Lincoln Center. These days, his eight symphonies rarely see the light of day in concert halls, but his early (1939) “American Festival Overture” frequently is played, the piece Ling chose to open this concert. Jaunty, excitable angular figures dash through this cleverly orchestrated overture, giving it the feel of Leonard Bernstein’s first popular stage works (although this Schuman Overture was written almost a decade before Bernstein started composing for the theater). Typical of the neo-classical aesthetic of the 1930s, Schuman included an elaborately worked out strict fugue at the center of his “American Festival Overture.”

In her welcoming remarks before the concert began, C.E.O. Martha Gilmer noted with pride that the San Diego Symphony would feature a good deal of music by American composers in its new 2016-17 season. While I laud this decision, I should point out that this short, 15-minute Schuman Overture is the only work by an American composer Music Director Ling will conduct all season. He is letting the guest conductors do all the heavy lifting in this important area, symptomatic, I would say, of the exceedingly tepid interest Ling has shown in American music throughout his tenure.

Do we dare hope that Ling’s successor will evince a serious interest in music by American composers? Is that too much to ask?

[themify_box style=”shadow” ]This concert by the San Diego Symphony was presented on October 14, 2016, at the Jacobs Music Center’s Copley Symphony Hall on Friday, October 14, 2016, and this review was based on the October 14  performance. The concert was repeated October 15 & 16, 2016, in the same venue. The Symphony’s next Jacobs Masterworks concerts are slated for November 11-13, 2016, in the same venue.[/themify_box]