In accord with the longstanding La Jolla SummerFest tradition, Friday’s (August 26) grand finale performance featured a chamber orchestra, conducted this season by James Conlon with violinist Gil Shaham as soloist. Sadly, the orchestra’s lukewarm traversal of Franz Schubert’s Symphony No. 5 in B-flat Major that opened the program hardly matched the high spirits of the festival’s sold-out Sherwood Auditorium audience. 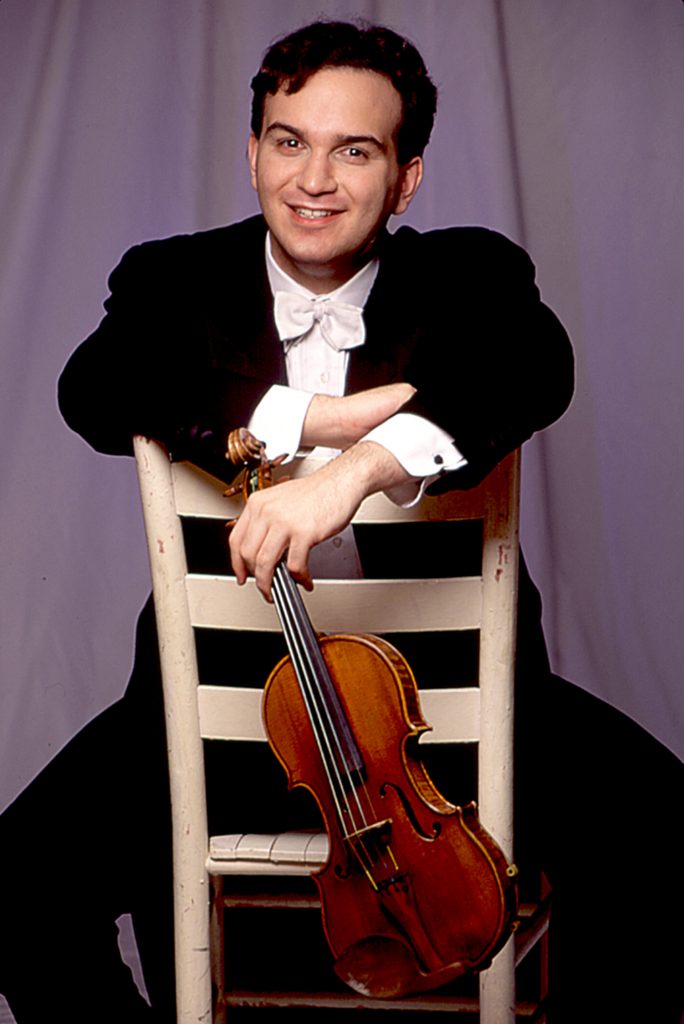 Those who champion this youthful Schubert symphony praise its plethora of melodic invention and naïve charm, but I find it structurally simplistic and tedious. Conlon chose bold tempos for the faster movements, and his direction displayed laudable attention to detail, but the orchestra’s response sounded more dutiful than enthusiastic. Not surprisingly, their ensemble seldom locked in to provide that bright, well-tuned finish that makes works from the Classical era shimmer.

After intermission, it only took one melting, gorgeous opening solo phrase from Gil Shaham in Sergei Prokofiev’s Violin Concerto No. 2 in G Minor to change that picture entirely. Completed in 1935, when Prokofiev was at the pinnacle of his artistic development and just before he returned to the Soviet Union and succumbed to Stalin’s banal musical restrictions, this mighty concerto unfolds a rich, dense web of thematic development.

Written for an esteemed colleague to perform when the duo made an extensive European concert tour, the concerto requires the soloist and orchestra to engage in heated exchanges of pulsing, sardonic lines held together in a tight, complex but still tonal harmonic idiom. In the outer movements, Shaham’s muscular drive gave the concerto its thrilling edge, without sacrificing for a moment the sonic allure of his tone. In the slow middle movement, that sterling timbre poured forth its seductive draw with the leisurely ardor of an operatic tryst. In that movement, flutist Catherine Ransom Karoly and clarinetist John Bruce Yeh added equally graceful counter themes.

Unlike the Schubert Symphony, the orchestra’s vibrant engagement under Conlon’s astute direction made this Prokofiev Concerto irresistible from tranquil opening solo to the jovial peasant dance that animated the final movement. For Shaham’s clever encore, he enlisted SummerFest Music Director Cho-Liang Lin to join him in Bela Bartok’s Duet for two violins aptly titled “Pizzicato.”

The exuberance of the Prokofiev Violin Concerto easily transferred to Mozart’s Symphony No. 34 in C Major, K. 338. At age 24, Mozart was still finding his way as a symphony composer, and this three-movement symphony suggests the bubbly energy of an early 18th-century Italian opera overture. Conlon settled on fleet but not reckless tempos, and his players responded crisply with a bright, buoyant sonority. The sheen and glorious unity of the strings in the gentle middle movement proved breathtaking.

Of course, with Andrew Wan as Concertmaster, Shaham and Lin playing in the back row of the first violin section, and the other stellar festival soloists filling out these string sections, Conlon was conducting a team of Olympic caliber. When they were in agreement, the result was awe-inspiring.

[themify_box style=”shadow” ]This concert was presented by the La Jolla Music Society in the Museum of Contemporary Art’s Sherwood Auditorium on Friday, August 26, 2016. This concert concluded SummerFest 2016.[/themify_box]