There are occasions at Copley Symphony Hall when everything goes right, and this weekend’s concerts with Israeli guest conductor Lahav Shani qualified with ease. The combination of a beautifully designed program with varied works that actually complemented each other in significant ways–and not a single tired warhorse among them, a spectacular conductor, and outstanding soloists brought the house enthusiastically to its feet at concert’s end. 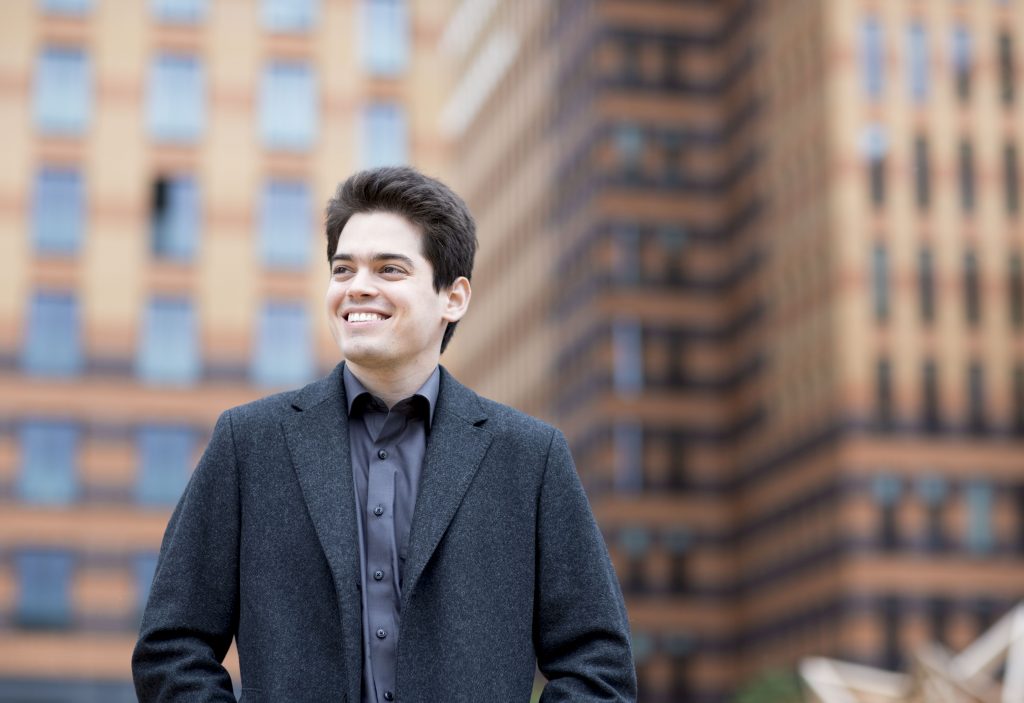 The Symphony’s spectacular account of Béla Bartók’s great Concerto for Orchestra evoked that coveted audience response with a formidable, tightly unified ensemble and myriad dazzling solos from every section and principal chair, all astutely directed by Shani, who conducted this work—as well as the Prokofiev First Symphony—from memory.

At age 27, Shani presents himself with uncanny authority on the podium. Especially among younger conductors, busy, almost hyperactive conducting styles are rampant, but I cannot recall a conductor whose left hand so clearly indicated the mood and precise nuance the conductor expected from his players. In the Bartók Concerto for Orchestra, Shani’s immaculate direction illuminated the complexities as well as the humor of the work.

For example, the second movement’s playful theme tossed among duos from the brass and woodwinds charmed and amused, particularly the piquant clarinets, the sardonic trumpets, and the burlesquing bassoons. Yet there was space in this scherzo for a cleanly defined, sombre brass chorale. Shani’s interpretation of the five-movement’s middle movement, the eerie Elegia, sounded more mysterious than elegiac, certainly a possible take on Bartók’s writing, which can be profoundly equivocal.

Shani found a redemptive heroism in the Finale, an exuberant moto perpetuo that brought together the many facets of the work into a satisfying conclusion that eschewed even a hint of bombast. What a shame the San Diego Symphony last played this stellar work some 10 years ago—not surprisingly directed by another guest conductor—while over those last ten years Music Director Jahja Ling has happily waded through scores by Ottorino Respighi, Bartók’s decidedly less illustrious contemporary, in various subscription concerts.

Paired soloists playing supple, rippling duos, a trait that made this piece so complementary to the Concerto for Orchestra, characterized much of the work, although Haydn’s score gave violinist Precourt an unusual amount of solo activity in the concluding movement, which he handled with assurance and a winning sound that displayed a bright edge well-suited to Haydn’s decorative style. Cellist Chien made a slighter impression, but blame that on Haydn, who gave her fewer chances show off. The cello parts in Haydn’s string quartets are equally modest, especially compared to what Mozart expected cellists to do.

Shani animated his account of the Haydn without sacrificing linear clarity, an approach that also characterized his opening salvo, Serge Prokofiev’s Symphony No. 1, Classical. If this popular work is not heard in concert that frequently, those of us who listened to classical music FM stations in days of yore (remember those?) encountered Prokofiev’s witty, insouciant First Symphony on those air waves with annoying regularity.

A smartly constructed retrofit of Haydn’s symphonic style with angular themes and a modestly modernist approach to dissonance, Prokofiev’s Classical Symphony provides uncomplicated, effervescent pleasure, which Shani uncorked with a sommelier’s skilled touch. I appreciated his subtle exaggeration of the main theme of the Gavotte. After all, young Prokofiev was not trying to charm the Russian audiences of his day—he was eager to taunt their reactionary musical taste.