An exuberant crowd turned out Friday for Music Director Rafael Payare and the San Diego Symphony’s opening concert at its new $85 million bay-side facility, the Rady Shell at Jacobs Park. In other circumstances, I would call this a full house, but this sleek outdoor concert venue has neither walls nor a roof.

It does boast a splendid, spacious stage surrounded by a grand conical shell that focuses everyone’s attention on the orchestra placed in its center and—with the help of a substantial, sophisticated sound system—sends the symphony’s glorious music to the audience seated around tables in front of the stage as well as to the ascending rows of gently banked seating. 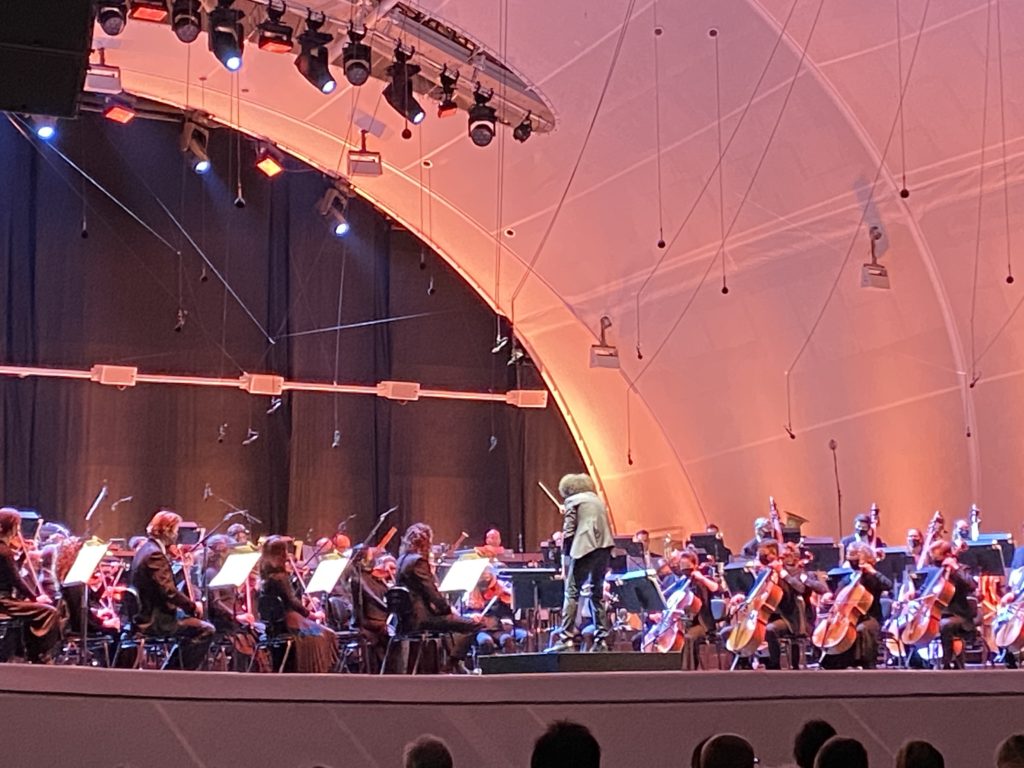 The opening proved a star-studded evening: French piano virtuoso Jean-Yves Thibaudet thrilled the crowd with his roiling account of George Gershwin’s Rhapsody in Blue; Metropolitan Opera star Ryan Speedo Green enchanted his listeners with arias by Mozart, Rossini and Gounod, as well as a hit tune from Rodgers and Hammerstein’s iconic musical South Pacific, and Alisa Weilerstein gave a mesmerizing account of Camille Saint-Saëns’ Cello Concerto No. 1 in A Minor.

A frequent soloist with both the San Diego Symphony and the La Jolla Music Society, Thibaudet brought both his ample technical prowess and a certain Gallic swagger to Gershwin’s flashy escapades. Payare’s edgy tempos invigorated this already extroverted score, although he gave plenty of room to savor the copious jazzy solo riffs from his first-chair players that matched Thibaudet’s ardor.

Green’s brawny bass baritone invoked the infernal terror of Mephistopheles’ incantation in the “Song of the Golden Calf” from Charles Gounod’s opera Faust, yet he relaxed his vocal thunder just enough to communicate the sarcastic bravado in “Non più andrai,” Figaro’s taunting aria directed at young Cherubino about to be sent off to military duty in Mozart’s The Marriage of Figaro. Green doled out the clever innuendo of “La Calumnia” from Rossini’s The Barber of Seville, saving his most ingratiating tone for “This Nearly Was Mine,” that wistful ballad of romantic regret from South Pacific.

Is there a classical musician more hard-working than Alisa Weilerstein? Last weekend she opened La Jolla SummerFest 2021 playing an enchanting Suite Popular Espagnole by Manuel De Falla with pianist Inon Barnatan on Friday, and she returned after intermission to play in Mendelssohn’s Octet for Strings. The following evening at SummerFest she appeared in Dvořák’s Viola Quintet in E-flat Major, and Sunday afternoon she gave a stunning account of Benjamin Britten’s daunting Sonata for Cello and Piano—again with Barnatan—written for the great cellist of the last century Mstislav Rostropovich. And after that intermission, she joined SummerFest colleagues in Mozart’s Quintet in A Major for Clarinet and Strings, K. 581. 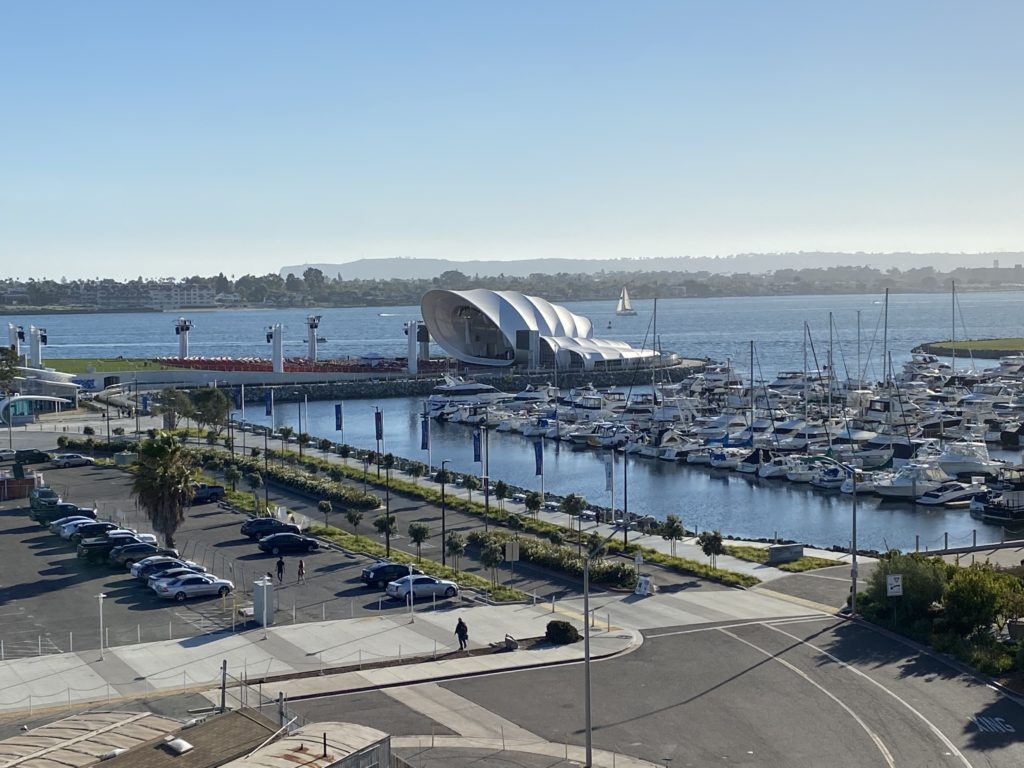 Unfortunately, I missed her performance in Wednesday’s SummerFest program that included her participation in the Brahms Piano Quartet in C Minor, Op. 60. But on Friday night, she briskly strode out onto the Rady Shell stage to play Saint-Saëns’ First Cello Concerto, one of the most daunting concertos in the cello concerto canon, appearing as refreshed as if she had spent the last week lounging in some North County spa.

From the bravura flourish of the cello’s opening theme to the blazing final cadence, Weilerstein owned the Saint-Saëns. Her substantial, vibrant sound held its own against the full orchestra, yet in less turbulent sections, especially when engaged in dialogue with wind soloists in the orchestra, she chose a supple, gentler sonority that revealed her collegial empathy with the orchestra. Nevertheless, her graceful cantilenas still suggested surging passion beneath a glowing surface.

Payare launched the concert with Mason Bates’ commissioned work Soundcheck in C Major, which called for full orchestra and a digital component that rumbled through the sound system along with the instruments. Although I did not expect the scope of Bates’ Alternative Energy, the four-movement work Payare performed with the orchestra in October of 2019 on his first concert as Music Director, this ceremonial fanfare with its pulsing rhythmic ostinatos sounded like a breathless excerpt from an action movie sound track.

Igor Stravinsky’s Firebird Suite (1919 version), the composer’s own five-movement arrangement of his great Firebird ballet of 1910, brought this first concert at the Rady Shell to a glorious conclusion. In recent years, the San Diego Symphony has given impressive accounts of the early Stravinsky ballets. I recall guest conductor David Danzmayr’s Firebird with the orchestra in 2016 and an even more telling Petrushka under Charles Dutoit on 2017. Payare built on this tradition with a bracing approach that savored the mystery of Stravinsky’s delicate early sections, reveled with his allusions to Russian folksong, and exulted the climactic full orchestra progressions that evoked the splendor of Mussorgsky’s “The Great Gate of Kiev.”

This concert by the San Diego Symphony was presented at the Rady Shell at Jacobs Park on Friday, August  6, 2021, inaugurating a varied season on San Diego Bay that will continue through November, 2021.