As the restrictions of the current pandemic continue to ease, San Diego Opera General Director David Bennett has decided to release the company’s 2021-2022 season. In the fall, San Diego Opera will offer three monthly solo recitals in different indoor venues, and then in the spring of 2022, the company makes its return to San Diego Civic Theatre for two main stage opera productions—Mozart’s Così fan tutte and Gounod’s Roméo et Juliette. The season will climax at the Balboa Theatre in May with the West Coast premiere of Paola Prestini’s Aging Magician, a March 2020 production that company had to cancel at the last minute when the Covid-19 crisis abruptly closed down the nation’s theaters. 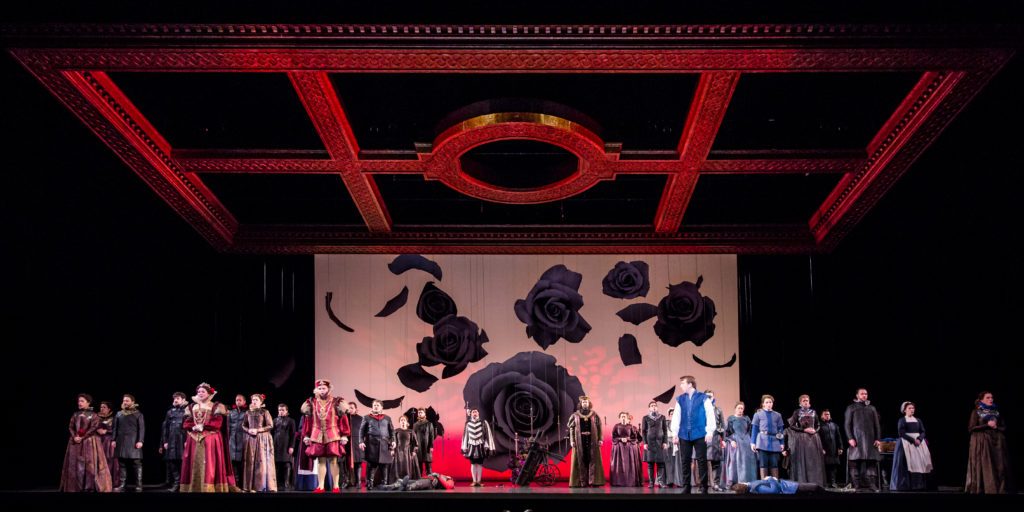 Bennett describes the arc of this new season as incremental.

“The challenge of putting together this season was imagining what the world would be like over this next year, trying to anticipate what the protocols would be for indoor performance,” he said. “So we are starting out small, with recitals that have just one singer and one accompanist, a presentation that requires a very limited stage crew. We are particularly concerned for the safety of the audience members, and we think this minimal approach will give them confidence to attend.” 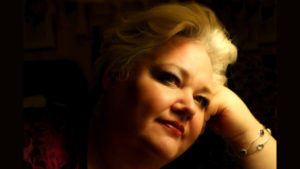 Stephanie Blythe, the internationally known mezzo-soprano, will open the season in recital at the Balboa Theatre on October 23, 2021. San Diego audiences will remember her bravura performance as Ulrica in the company’s 2014 production of Verdi’s Un ball en maschera, a stellar cast that also included tenor Piotr Beczala and sopranos Krassimira Stoyanova and Kathleen Kim. She also sang in another two San Diego Opera 2014 presentations, the Verdi Requiem in concert and a solo program of her own devising dedicated to the music and memory of Kate Smith. Blythe, whose wide-ranging career at New York’s Metropolitan Opera Company was lavishly recounted in the cover story of the November 2020 Opera News magazine, will open San Diego Opera’s new season with high anticipation. She will be followed, on November 20, 2021, by soprano Michelle Bradley in recital at The Conrad’s Baker-Baum Concert Hall in La Jolla. Bradley impressed local audiences in her stunning account of the title role of Verdi’s Aïda in the company’s 2019 Civic Theatre production. The young American soprano, who won the 2018 Lincoln Center Emerging Artist Award, has been heralded as one of the leading Verdi sopranos of our time and has made her debut in several leading European opera houses, as well as appearing with the Metropolitan Opera.

Mexican tenor Arturo Chacón-Cruz will make his San Diego debut in the company’s third recital of the new season at the Escondido Center for the Performing Arts on December 3, 2021. Following his winning the Placido Domingo’s Operalia competition in 2005, Chacón-Cruz pursued his career mainly in Europe, although he has sung with Los Angeles Opera.

“I came to Los Angeles when I was still with New York’s Gotham Opera to hear him sing in L.A. Opera’s production of Daniel Catán’s Florencia en el Amazonas,” Bennett noted. “I wanted to make certain that our programming would reflect San Diego’s diversity, and I felt  Chacón-Cruz was a good choice. Also, he has made two mariachi recordings, so a bit of mariachi music will certainly broaden the appeal of his recital.” 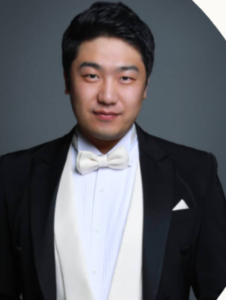 San Diego Opera’s production of Così fan tutte will also feature another prize-winning singer, the South Korean baritone Gihoon Kim in the role of Gugliemo. Kim won first prize in the prestigious 2021 Cardiff Singer of the World competition, after which the Guardian newspaper described his voice as “a velvet baritone capable of inspiring tears and awe.” His fellow officer and partner in crime in the plot of Così is tenor Konu Kim as Ferrando, another young South Korean singer. This cast also includes newcomer mezzo soprano Samantha Hankey as Dorabella and soprano Alisa Jordheim as Despina. In San Diego Opera’s 2019 production of Verdi’s Rigoletto, Jordheim offered a highly persuasive interpretation—both vocally and dramatically—of Gilda, the ill-fated heroine of Verdi’s popular melodrama.

French composer Charles Gounod’s adaptation of Shakespeare’s most famous tragic love story, Roméo et Juliette, will open in Civic Theatre on March 26, 2022, with rising tenor superstar Pene Pati as Romeo, Kristina Mkhitaryan as Juliet, and bass Simon Lim, another vocal standout from the 2019 Aïda production, as Friar Laurent. Bennett described production from Minnesota Opera designed by William Boles and costumes by Sarah Bahr as “a beautiful, uncluttered production. While the traditional costumes evoke the period in which the play’s story takes place, the open, uncluttered abstract set design allows for a clean, modern sense of staging.”

The breakthrough story of Samoan tenor Pene Pati will no doubt be recounted in the history books as parallel to Leonard Bernstein’s unexpected debut with the New York Philharmonic in 1943, when the young unknown conductor filled in at the last moment for the ailing Bruno Walter. A few days before San Francisco Opera’s opening night on September 19, 2019, lead tenor Bryan Hymel dropped out of the company’s lavish Roméo et Juliette production, and Pati–understudy for the role of Roméo–stepped in. 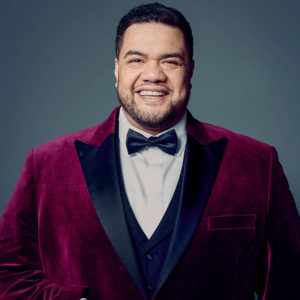 The audience, including San Francisco Chronicle music critic Joshua Kosman was astounded with Pati’s performance. “Pati sings in a gleaming, sensuous stream of sound, with heroic accents in more athletic passages and a warm, tenderly inviting depth for moments of romantic intimacy,” Kosman wrote in his review. “He’s got a vigorous, full-bodied sound with a lustrous mid-range and glorious, perfectly placed top notes, including one long-held stratospheric closer that would have sounded like showboating if it hadn’t been so magnificent. Perhaps best of all, Pati—not long ago an Adler Fellow in the company’s training program—has that magical, indescribable charisma that radiates beyond the footlights and compels you to pay attention to everything he does.”

Kosman further noted that in addition to Pati’s own compelling performance, he was also able to spark more inspired singing from the rest of the cast, especially his Juliet, soprano Nadine Sierra, who was singing the role for the first time. “He brought out the best in everyone around him,” Kosman concluded. Bennett pointed out that the conductor of San Francisco’s Roméo et Juliette, Yves Abel, will also conduct San Diego’s 2022 production. Abel, San Diego Opera’s Principal Conductor, most recently conducted the company’s production of Bizet’s Carmen in April of 2019.

Prestini’s Aging Magician will at last receive its west coast premiere at the Balboa Theatre on May 13, 2022, featuring Rinde Eckert in the title role and the Brooklyn Children’s Chorus.