Latonia Moore’s vocally radiant Butterfly electrified San Diego Opera’s opening-night (April 16) production of Puccini’s beloved tragedy about the 15-year-old geisha who is betrayed by a callow American Naval officer. Surrounded by a stellar cast of equally strong voices, Moore kept the dramatic tension white-hot all evening, even though the most casual opera-goer knows the opera’s simple plot by heart. 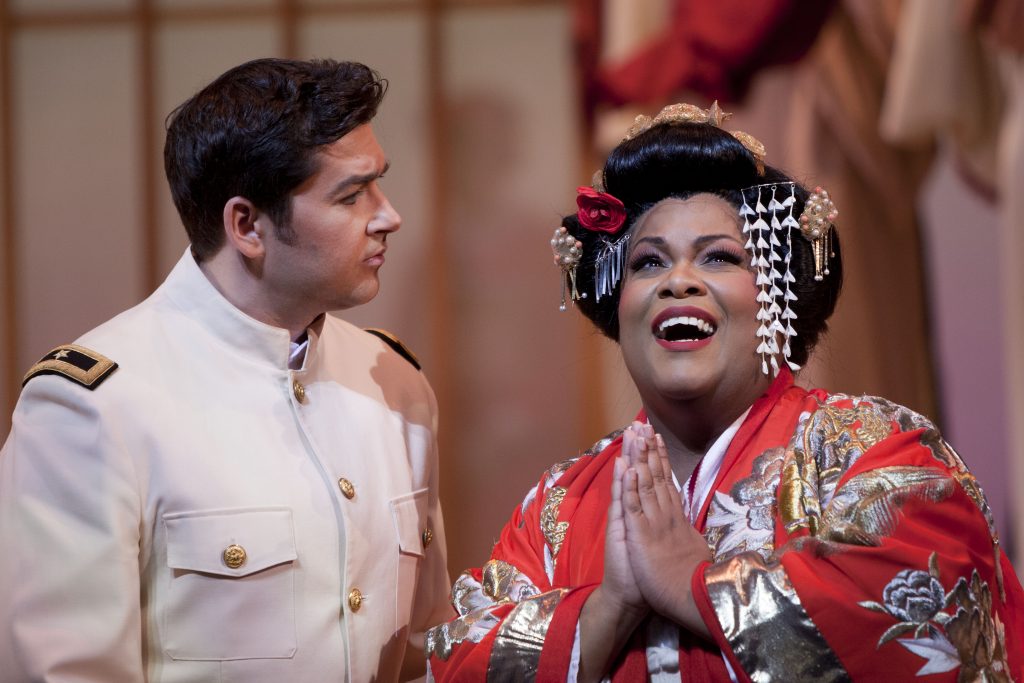 But this production turned out to be much more than a feast of vocal splendor. Strong, dramatically convincing relationships between the principal players made this Madama Butterfly riveting, especially the rapturous first act love scene between Moore and Teodor Ilincăi, her dashing Lieutenant Pinkerton. Ilincăi’s soaring, Italianate tenor with a top every bit as exciting as Moore’s only intensified their romantic ardor.

As the American Consul Sharpless, Anthony Clark Evans deftly balanced his camaraderie with Pinkerton with his own ethical distress over the young officer’s casual attitude about his impending vows to Cio-Cio San. Evans’ warm, generous baritone suggested great reserves of strength that connoted both authority and empathy. 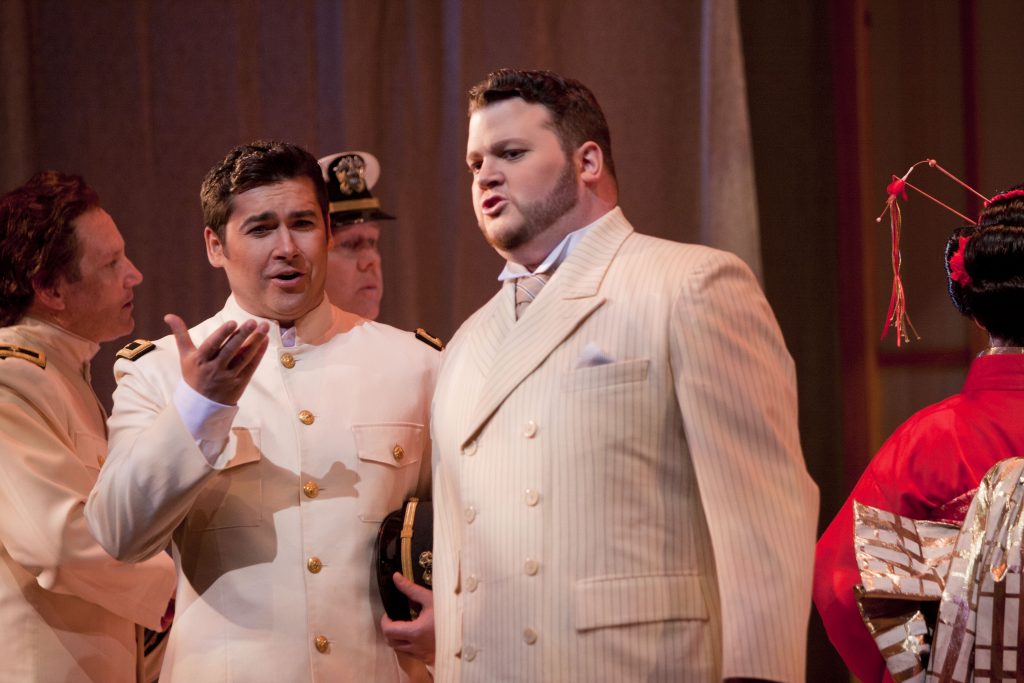 Mezzo-soprano J’nai Bridges imbued the servant Suzuki’s relationship with Cio-Cio San with equal measures of subservience and protection. Tenor Joseph Hu, a familiar voice on the San Diego Opera stage, may have pumped up the marriage broker Goro’s abrasive character, but the clarion quality of his voice made me want to hear more from this villain.

From the orchestra, Canadian conductor Yves Abel cultivated a burnished, highly dramatic account of Puccini’s rich score, yet allowed his audience to savor the many moments of its delicate instrumentation that set apart this Puccini opera from its cousins. Although the chorus has but a small role in this opera, the women gave an impressive account of the famous second-act humming chorus. 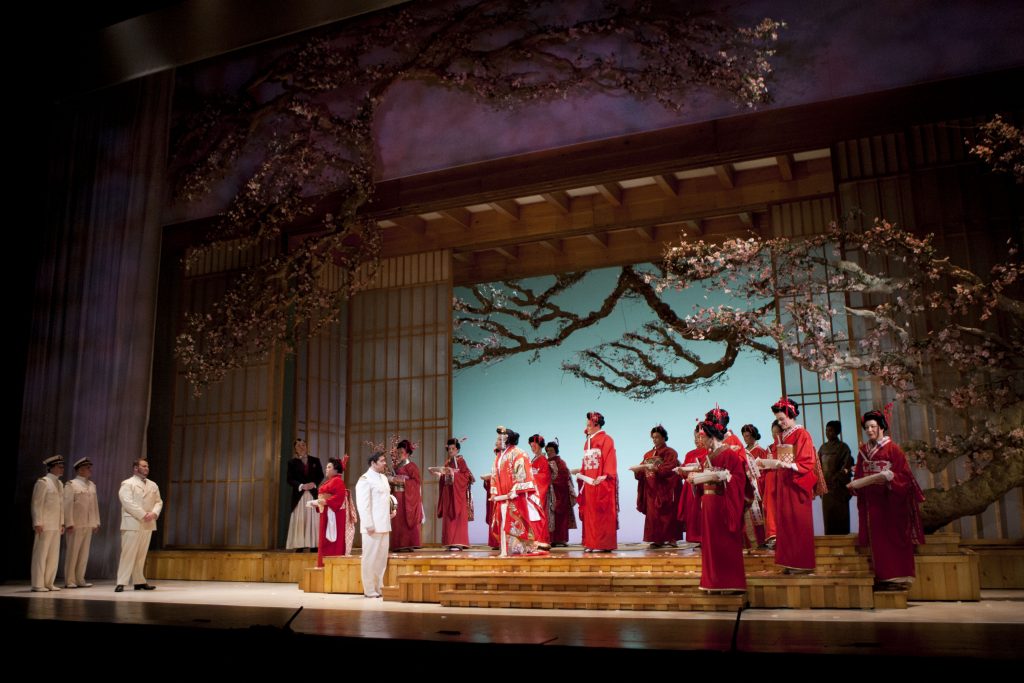 In an opera season of only three operas, it would be easy to complain that presenting two of Puccini’s most popular operas provides too little variety. But when San Diego Opera puts together a Madama Butterfly that gets everything right—compelling acting, direction, and singing—I happily put away my reservations.