Heggie has confected a vocal tour de force brimming with virtuoso arias and ensembles that bring down the house, making this opera a valentine to singers from an opera composer who truly loves singers. And although McNally may be considered an opera maven—call to mind his superb, knowing play The Lisbon Traviata—he has apparently taken so much delight in toying with gossipy operatic stereotypes that he failed to notice his spindly plot modulated from comic opera into soap opera.

The slender premise of Great Scott rests on Arden Scott’s well-intentioned project to bring to life a never-performed opera from 1835 with the opera company in her home town. And diva that she is, she will star in it, of course.

Kudos to San Diego Opera for assembling another first class roster of singers, equal in prowess to last month’s splendid Madama Butterfly production! Although the title role of Great Scott was written for the mezzo-soprano coloratura superstar Joyce DiDonato, who sang the role to great acclaim in Dallas Opera’s premiere of the opera last fall, mezzo-soprano Kate Aldrich rose to the demands of this role with aplomb in San Diego’s production. 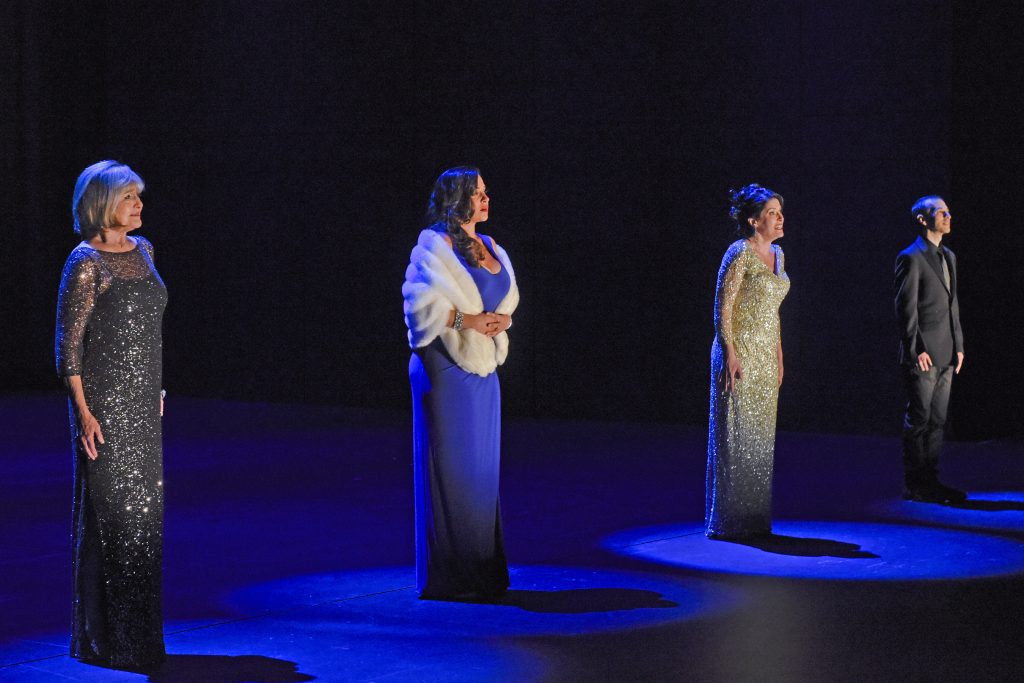 For the plot’s imitation bel canto opera—we actually experience some choice excerpts of Rosa Dolorosa, Figlia di Pompei in Great Scott—Heggie has written dashing and occasionally elegant coloratura arias for the title role, for which Aldrich demonstrated graceful command. She may not display DiDonato’s exhilarating drive through complex figurations, but she has a compensating virtue: in dreamy, slower arias, she projects an enticing, warm legato line that I have not heard since the salad days of Jessye Norman. 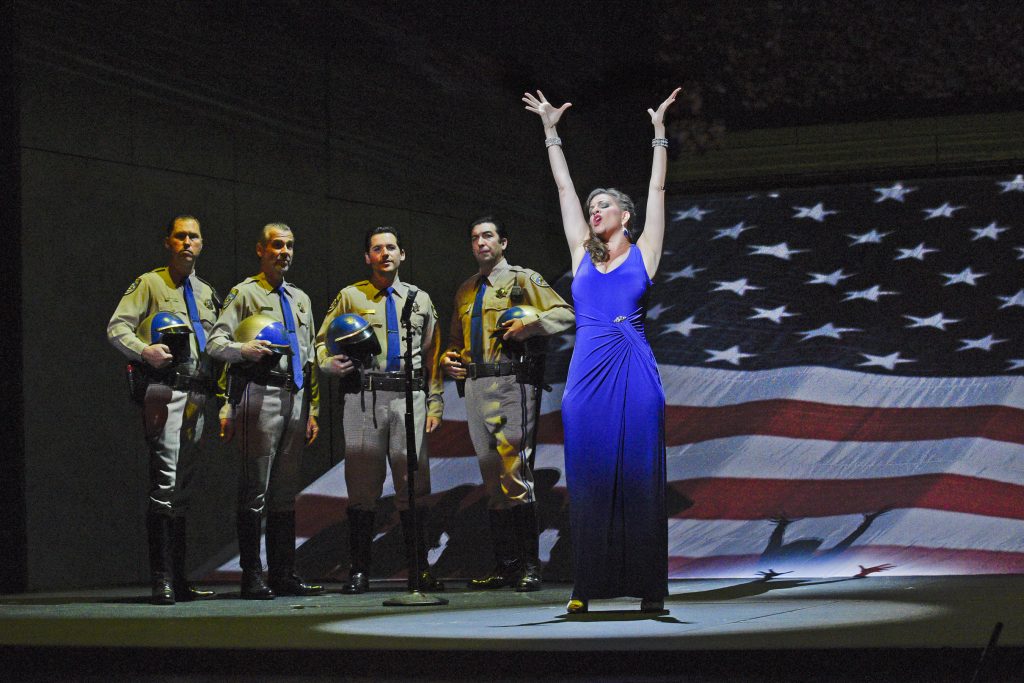 In any other opera, soprano Joyce El-Khoury’s brash, scene-stealing, verging on obnoxious characterization of the up-and-coming, opportunistic young singer Tatyana Bakst would have been egregiously over the top. But this is precisely how McNally wrote the role, stealing the major plot line from the 1950 movie All About Eve, and El-Khoury could not have been better. Her execution of Heggie’s version of the “Star Spangled Banner” written in the style of a blazing Donizetti cabaletta sent the Civic Theatre audience into hilarious uproar and rock-concert screams.

Baritone Michael Mayes and Tenor Garrett Sorenson pretended to labor at impersonating stereotypical operatic baritones and tenors, preening and attempting to outsing one another in clever duets—of the “Anything You Can Sing, I can Sing Louder” genre—designed by Heggie to do nothing more than that. Rich, flexible voices that complemented each other—I was surprised that they did not launch into an “impromptu” rendition of the tenor-baritone blockbuster from The Pearl Fishers just for the fun of it. Sorenson took pride in his tenorial girth, and Mayes allowed us to take in his baritonal buff physique. Folks who did not know the term “barihunk” before they came to Great Scott surely understood it after watching Mayes perform shirtless in scenes from Rosa Dolorosa.

Nathan Gunn also made his long overdue San Diego Opera debut, putting his warm, persuasive baritone to good use as Arden Scott’s college era swain Sid Taylor, now a successful architect attempting to pick up romantically where the two left off before graduation. Strangely, Heggie’s usually compelling vocal invention failed him writing for this role, and the music with which he wooed Scott sounded blandly conversational. In Heggie’s last big opera, Moby-Dick, the duet between the two sailors Greenhorn and Queequeg up in the masthead exuded much more ardor.

In two roles—the opera conductor and the ghost of Rosa Dolorosa’s composer—bass-baritone Philip Skinner used his powerful voice to connote appropriate gravitas. The San Diego Opera Chorus was required to play an opera chorus, for which I am certain there must have been extra coaching sessions. They paid off. In the rehearsal scenes, they were completely convincing as the opera chorus in rehearsal. Oh, I should not forget to mention that in the earthquake scene in Rosa Dolorosa, their collective panic was positively transforming!

Stage director Jack O’Brien made a fruitful distinction between the opera company’s backstage and rehearsal hall disorder and the stylized and coyly banal orderliness of the chorus scenes in Rosa Dolorosa.

Conductor Joseph Mechavich, whom San Diego audiences remember for his masterful work with the orchestra in last season’s Nixon in China and the 2012 Moby-Dick, again proved his skill in drawing bright, cogent responses from the pit. With the exception of the clunky overture, Heggie’s orchestral writing continues to strengthen, especially in building strong emotional climaxes.

Bob Crowley’s clever set offered many virtues. I particularly enjoyed how the star’s dressing room suite sleekly rolled onto the front of the stage, allowing the audience to view Scott through the other side of her dressing room mirror. The massive American flag in front of the stadium backdrop for Tatyana Bakst’s “Star-Spangled Banner” offered the right uber-patriotic accent.

Choreographer John de los Santos devised a perfectly (and purposely!) tacky pre-earthquake dance with four male dancers and a large ewer. These dancers could not have been more mismatched in height and ability, and they were mesmerizing.