The plot of very successful comic opera needs one character who is the heavy, the scheming individual who stands in the way of the young lovers and whose eventual undoing propels the drama. In Rossini’s The Barber of Seville, one of the repertory’s most cherished comic operas, that schemer is Doctor Bartolo, the elderly doctor who intends to wed his attractive, wealthy, young coming-of-age ward Rosina. 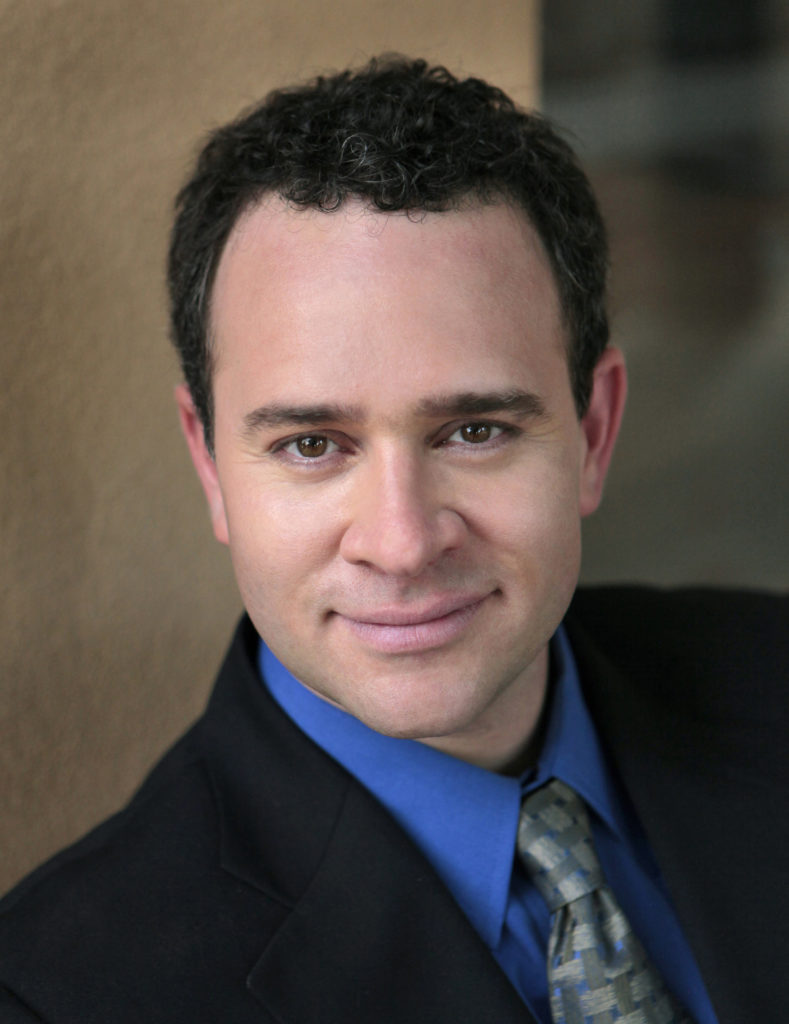 In next month’s San Diego Opera drive-in production of The Barber of Seville, bass-baritone Patrick Carfizzi will sing Doctor Bartolo, a role he first sang some 12 years ago.

“The main thing I have learned about singing Bartolo is that less is more,” Carfizzi explained in a phone interview. “The more pliable you can get your body and the clever libretto’s patter, the better.

“Old Bartolo is a Commedia dell’Arte character with a rich history,” Carfizzi noted, referencing the traditional Italian improvisatory dramatic tradition that originated in the 16th century, but still was vital in Rossini’s time. “These characters have dimension enough already, but they should never become a caricature. Bartolo’s arrogance simply gets the better of him every time. Because he is socially awkward, he really becomes his own worst enemy. He can be cruel, but he is not evil.

“Bartolo has enjoyed just enough privilege that he never learned the common sense lessons he needed to learn,” Carfizzi concluded, giving a shrewd analysis that could easily fit certain current influential American politicians, although that was not the context of his observation.

San Diego audiences first encountered Carfizzi in San Diego Opera’s superlative production of John Adams’ Nixon in China that concluded the season 2014-15 at Civic Theatre. Carfizzi sang the role of Henry Kissinger, President Nixon’s National Security Advisor whose discreet diplomatic visits to China paved the way for Nixon’s highly publicized 1972 visit with Mao Tse-tung that Adams portrays in his grand opera. For much of the opera, Kissinger modestly serves as part of the President’s entourage until the opera takes an unexpected flight of fancy and has Kissinger act out the role of a villainous capitalist landlord in a Communist political ballet staged by Mao’s wife Chiang Ching for the visiting Americans, “The Red Detachment of Women.”

In my review of the opening night of San Diego Opera’s Nixon in China I noted that in this highly dramatic incident, “baritone Patrick Carfizzi took advantage of his moment to shine, adding melodramatic snarl to his dark vocal color and mustache-twirling physical details.” He won’t need all of that machismo for Doctor Bartolo, but we know Carfizzi possesses ample vocal and dramatic villainy at the ready.

When I spoke with Carfizzi, he was cooling his heels in Brussels, even though in Europe as in the U.S., nearly all of the opera houses have been dark for a year because of the pandemic.

“My husband works here in Belgium,” Carfizzi explained. “So when I am not working in the U. S, I come back here, which certainly racks up the frequent flier miles!” And Brussels is not that far from the western German state of Hessen, where Carfizzi has established an excellent working relationship with the state opera company there.

Like all opera singers, keeping the voice in shape during the pandemic is no walk in the park.

“I drive the neighbors crazy singing half an hour a day full voice,” he confessed. “Actually, I do a lot of mental work, because I have always believed that the preparation for singing a role—diving further and further into the text—and discovering the literature that supports the text is invaluable.”

Carfizzi’s most recent performance during the restrictions of the pandemic was up the coast with Seattle Opera.

“It was a livestream production of Donizetti’s The Elixir of Love in October of 2020. The large stage in McCaw Hall allowed everyone to maintain the required 6-foot distancing; we were all masked until the final dress rehearsal, and even then, the moment we went offstage, the masks went back on. No one touched each others props, and we all had a COVID test every three days.”