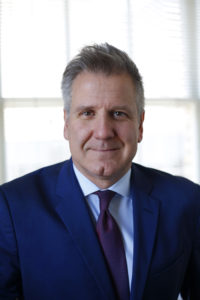 “We were thrilled with the score, and with the response to El último sueño–it far exceeded our most optimistic expectations,” said General Director David Bennett in a Zoom interview after the opera’s run at San Diego Civic Theatre in November. “While our subscription renewals for the season were under previous years—and everyone’s post-Covid renewals are similar—the single ticket sales far exceeded our expectations, bringing so many new people to San Diego opera.”

In terms of future programming, Bennett is capitalizing on the success of Frank’s Spanish-language opera in his plans for the company’s 2023-2024 season by presenting Javier Martinez’s mariachi opera El Milagro del Recuerdo, a co-production with Houston Grand Opera and Arizona Opera.

San Diego Opera is also making a movie of Mexican composer Daniel Catán’s early opera La hija de Rappaccini shot on location in Sinaloa, Mexico, which Bennett will market to film festivals in Mexico and the U.S. as well as securing streaming possibilities. In 1994 San Diego Opera presented the U. S. premiere of Catán’s charming, mysterious opera, a landmark production that introduced Catán to other American opera  companies and brought the composer commissions for his subsequent operas. But San Diego Opera failed to follow up on its 1994 discovery of this eminent composer from Mexico.

It is entirely fitting that San Diego Opera’s current engagement of the local Latinex community is in the capable hands of its Director of Hispanic Initiatives, Andrea Puente-Catán, widow of the composer.

“Our strategy to engage the Latino community to attend El último sueño began four years ago, including discussions with the Consulate of Mexico 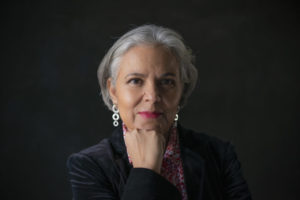 and establishing partnerships with Latino organizations in San Diego County,” Puente-Catán explained. “We collaborated with Southwestern College and its strong music education program centered around mariachi music performance as well as UC San Diego’s Latino studies programs at their new Park & Market facility. I gave lectures about Rivera and Kahlo and curated musical programs, including a concert featuring singers from Mexico performing some of Frida Kahlo’s favorite music.”

“Persons who attended these lectures and performances were given access to discounted tickets to El último sueño,” Bennett added.

Bennett is also committed to presenting more Mexican singers in San Diego Opera productions and has twice judged the Mexican vocal competition held in Culiacán, Sinaloa, led by the esteemed Mazatlan conductor and coach Enrique Patron de Rueda. The two music directors have become friends, and they look forward to collaborating on a binational vocal competition that would be held San Diego.

San Diego Opera’s engagement with San Diego’s Latinex community is still a work in progress, but under Bennett’s stewardship the company is on its way to reaching an integration that is commensurate with the breadth and depth of this community.