Who can deny that the abundance of stirring contemporary choral music by the likes of Morten Lauridsen, Eric Whitacre, and Ola Gjeilo has significantly enriched the repertory? Choirs find this school’s bouyant minimalism rewarding to perform, and audiences are easily courted by its pastel harmonic colors and rapturous text setting. 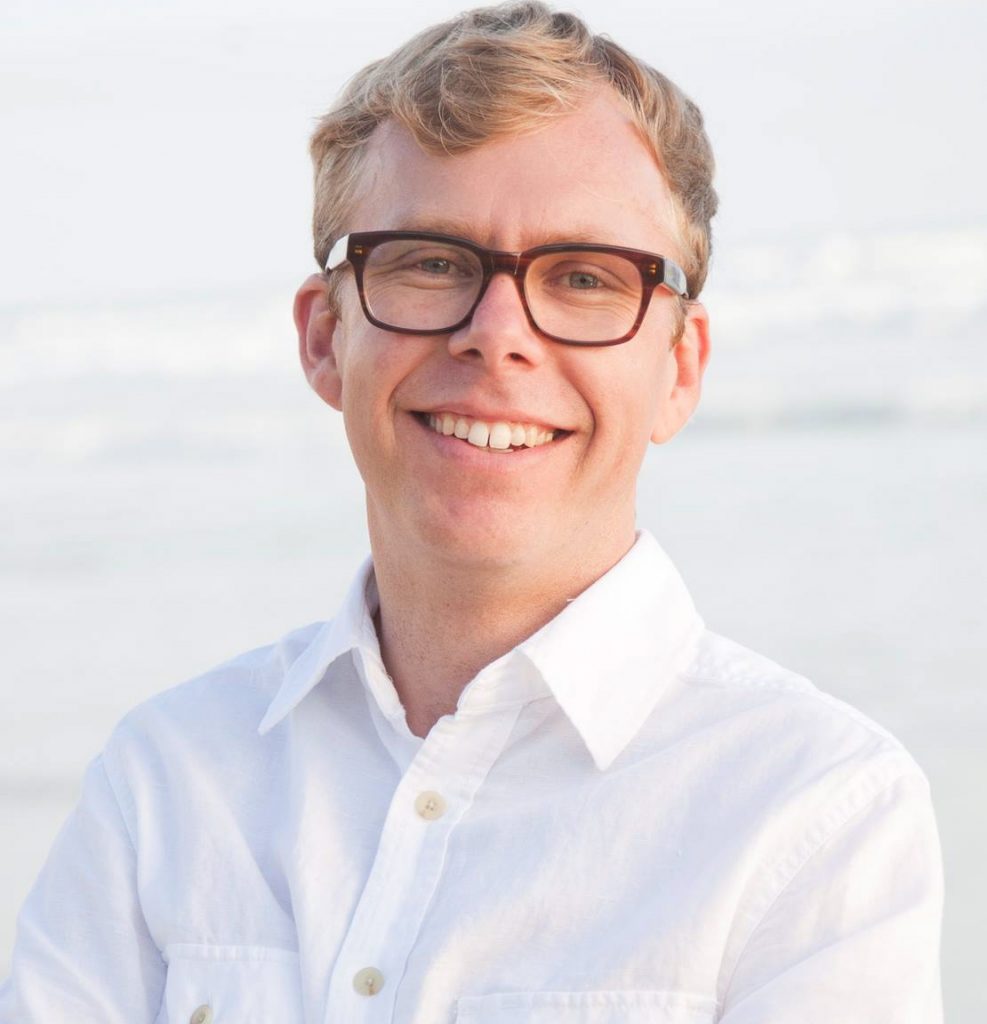 But it took a vigorous, disciplined performance of Anthony Davis’s profound and jarring “Voyage Through Death to Life Upon These Shores” by the local choral ensemble SACRA/PROFANA to remind us of choral music’s higher calling. An unrelenting account of slavers and the trials of their human cargo en route from Africa to North America, Davis’s 35-minute a cappella cantata took the audience at All Souls’ Episcopal church in Point Loma on a spiritual journey not unlike the performance of a Baroque era Passion.

Breathing choral life into the esteemed Robert Hayden’s sprawling poem “Middle Passage,” Davis chose powerful, rhythmic declamation and seldom relieved dissonant harmonic progressions to portray the cruelty and cynicism that pervaded the slave trade. Primarily known for his operas, especially X, the Life and Times of Malcom X, Tania, and Amistad, Davis skillfully developed the poetry’s dramatic tension and motion, drawing his listeners into even the most horrific tales of mutiny and torture below the decks.

Under Associate Artistic Director Juan Carlos Acosta’s assured conducting, SACRA/PROFANA rose to Davis’s challenging score, maintaining a warm, glowing collegiate choir sonority throughout the work’s myriad vocal labyrinths. I was impressed with this choir’s textual clarity and the interpretive ardor they infused into a long, densely constructed poem that is practically a novella. “Voyage Through Death to Life Upon These Shores” deserves performances by other professional choirs, and SACRA/PROFANA has thrown down the gauntlet. Davis was present at this performance, and he received well-deserved adulation from the audience.

To continue the musical journey of the African experience “upon these shores,” Director Ken Anderson’s intrepid Martin Luther King, Jr. Community Choir San Diego took center stage and offered a rousing selection of spirituals and contemporary gospel anthems, opening with William Dawson’s arrangement of the familiar spiritual “Ev’ry Time I Feel the Spirit.” I suggest that very few—regardless of their creed or lack of one—can remain untouched by the Spirit when Anderson’s mighty chorus launches into this classic anthem. The other spiritual on the program, “Oh Freedom,” provided the source of a virtuoso improvisation by one of the choir’s stellar soprano soloists, its message a valiant counterpoint to the history recounted in Robert Hayden’s “Middle Passage.”

Moving into more contemporary musical styles, the choir sang Anderson’s own gospel composition “I Will Bless the Lord,” with Anderson’s muscular piano accompaniment spurring the choir on and Arnessa Rickett’s gleaming solos crowning the work. SACRA/PROFANA joined the M.L.K. Community Choir in a grand finale, Anderson’s arrangement of Edwin Hawkins’ “Worship the Lord,” a powerful musical collaboration that brought the audience to its feet with rhythmic clapping—and on the appropriate beats. Another miracle.

This concert was presented by SACRA/PROFANA on Sunday, February 26, 2016, at All Souls’ Episcopal Church, 1475 Catalina Blvd., San Diego. The choir’s next concert, “Poet’s Voice” is slated for performances on April 21 & 22, 2017, at the La Jolla Ridford Library and the Encinitas Library.