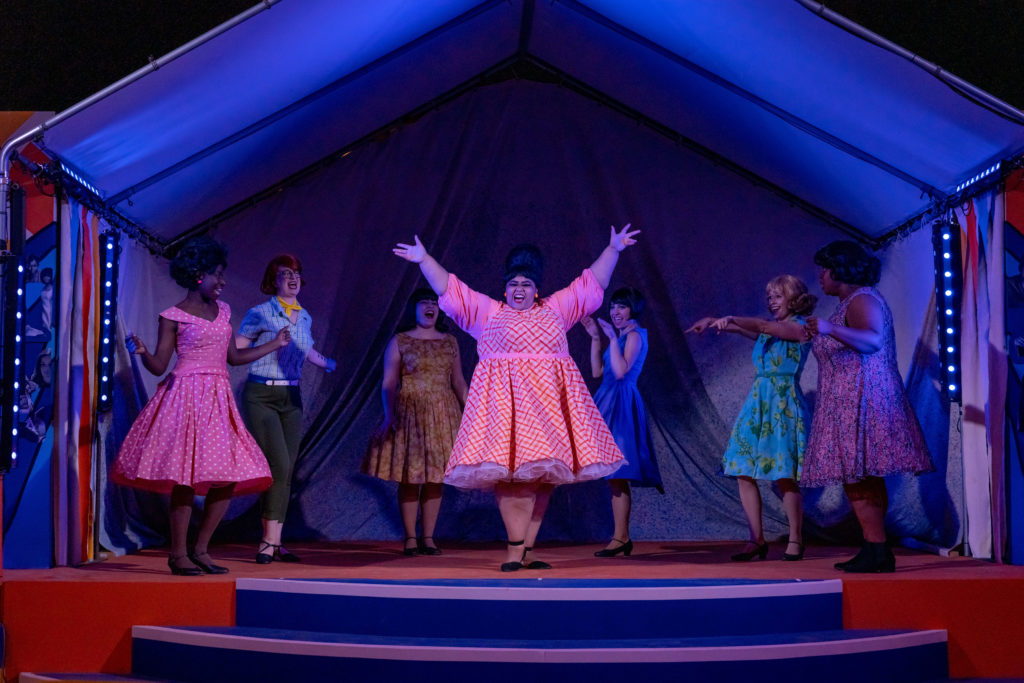 So much change can occur during a decade, that the world appears very different, by the time the ten years elapse. And that kind of change is fully on display at New Village Arts Theatre’s uplifting production of Beehive: The 60’s Musical.

Staged outdoors at The Flower Fields at Carlsbad Ranch, the all-female cast narrate important events of the 1960’s, and sing classic songs, which include “One Fine Day,” “To Sir with Love” and “Cry Baby.”

The two acts, from creator, Larry Gallagher, contrast with each other in significant ways. Act one takes place during a more innocent time, which is reflected in tunes such as “Will You Still Love Me Tomorrow,” “Where the Boys Are” and “Then He Kissed Me.” Act two deals with serious issues, involving the deaths of John F. Kennedy and Martin Luther King Jr., the civil rights and the women’s liberation movement. These developments are dramatized in “Abraham, Martin, and John,” and “You Don’t Own Me.”

Artistic Director, Kristianne Kurner, stages both of the acts gracefully, by directing the two halves in distinct styles. The first half moves quickly from song to song, with choreography heavy musical numbers from Alyssa “Ajay” Junious. Retro dance is featured, such as The Monkey, the Mashed Potato and The Jerk. Act two leaves room for visceral solo numbers and contemplative commentary.

Though, upbeat melodies are also highlighted. “River Deep Mountain High” and “Proud Mary” are a few of those standout numbers. 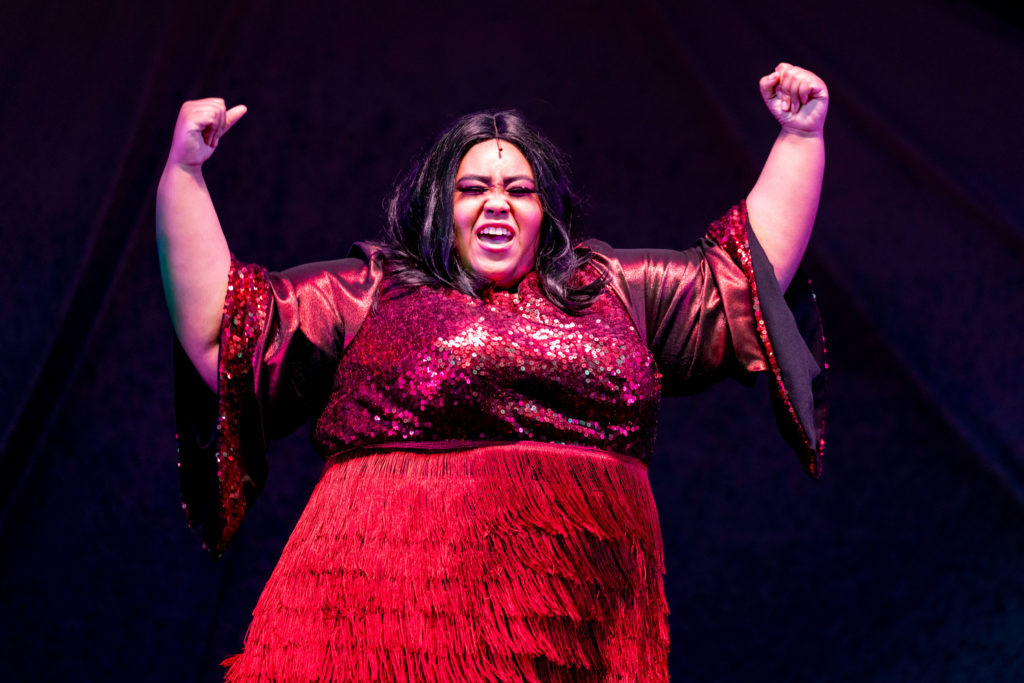 All the songs are enjoyable, due to Evan Eason’s audio, and Krysten Hafso-Koppman’s music direction (the score is pre-recorded). Their work perfectly backs up the strong singing from the cast. Eboni Muse, Erin Vanderhyde, Rae Henderson, Megan Carmitchel, Bibi Mama and Natasha Baenisch, sing wonderfully together, and have memorable solos to showcase their pipes.

Unfortunately, one of the performers, Brittany Carrillo, took ill and missed part of last Thursday’s performance. While I hope that Carrillo has made a full recovery, the cast and crew successfully continued the rendition, and proved that “the show must go on.” Theatregoers did not seem to notice that anything was amiss, and the evening was a crowd pleasing one.

Kurner’s staging is an energetic night of groovy fun, and serves as an excellent and relevant reminder that “The Times They Are-A-Changin.’”