Most music students remember the story of the obstreperous 20-year-old J. S. Bach asking the city fathers of the bumpkin town of Arnstadt in Central Germany for a month’s leave from his organist’s post to experience the music of Dietrich Buxtehude in the wealthy Hanseatic city of Lübeck. Although he asked for four weeks, he was so enthralled with Buxtehude’s music that he stayed four months! 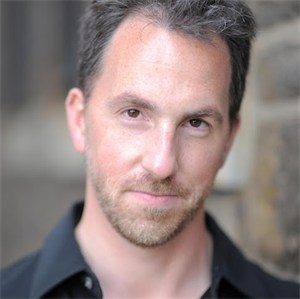 Today Buxtehude’s solo organ works are part of every serious organist’s repertory, but the choral music of the Lübeck master has never quite caught on in North America. With a masterful performance on Tuesday (March 22) of Buxtehude’s extended Lenten devotional cantata “Membra Jesu Nostri,” the San Diego Pro Arte Voices demonstrated how much we have been missing: graceful, expressive writing for the voice—either alone or joined in tightly woven ensembles—and a shrewd exploitation of harmonic progression to develop the text and sharpen the emotional tone.

Because the season of Lent in the Christian calendar is a time of reflection and fasting prior to Easter, Buxtehude pared down his instruments to just three strings plus organ to accompany the five vocal soloists, who, in this performance, also sang the choral portions of the cantata. Although this created a rather austere tonal palette, the polished and emotionally persuasive vocalists of the Pro Arte Voices brought a mystical intensity to the performance that quickly transcended such limited means.

Jennifer Paulino’s supple, powerful soprano infused every solo with great urgency, and the gleam of her top range added excitement whenever she sang. The mid-range strength of Katie Walders’ soprano complemented Paulino perfectly, and whenever the two sopranos sang together, their voices electrified the sanctuary of St. Andrews-by-the-Sea Episcopal Church with operatic ecstasy. The alto solos proved rather low for mezzo-soprano Angela Young Smucker—I imagine a robust countertenor would have made more of these arias—but her fervor and stylish phrasing continually engaged the listener.

Buxtehude’s tenor writing suited John Russell’s voice well, allowing him to exploit his resonant yet sweet high tessitura without the slightest sense of strain. And I confess that I have rarely heard a tenor declaim a text with such subtle inflection and sensitivity. Patrick Walders’ versatile baritone excelled at anchoring the ensemble, and only occasionally did he run short of low basso notes in his solos. His precise but aptly understated direction was a testament to meticulous preparation for this performance.

Organist Ruben Valenzuela and cellist Heather Vorwerck brought their ample skills to the continuo that so firmly supported “Membra Jesu Nostri,” and the violinists Ramón Negrón Perez and Mishkar Nuñez brought out the harmonic bliss of their parts with great finesse and a clear understanding of 17th-century string style.

In Buxtehude’s time, a sermon would have followed each of the seven shorter cantatas that comprise “Membra Jesu Nostri.” Because an actual sermon could compromise a public performance, perhaps the next time this is performed, a short reading or carefully selected piece of secular poetry might fill that function between each cantata. It would also give the audience time to savor this precious, affecting music.