San Diego concert halls were dark this weekend in compliance with the growing restrictions on public gathering due to the spread of the coronavirus. San Diego’s prized Spreckels Organ, however, has no hall and plays into the spacious outdoor setting of Balboa Park, so Civic Organist Raúl Prieto Ramirez took advantage of his unique venue on Sunday and played his regular 2:00 p.m. organ recital for the Spreckels Organ Society. 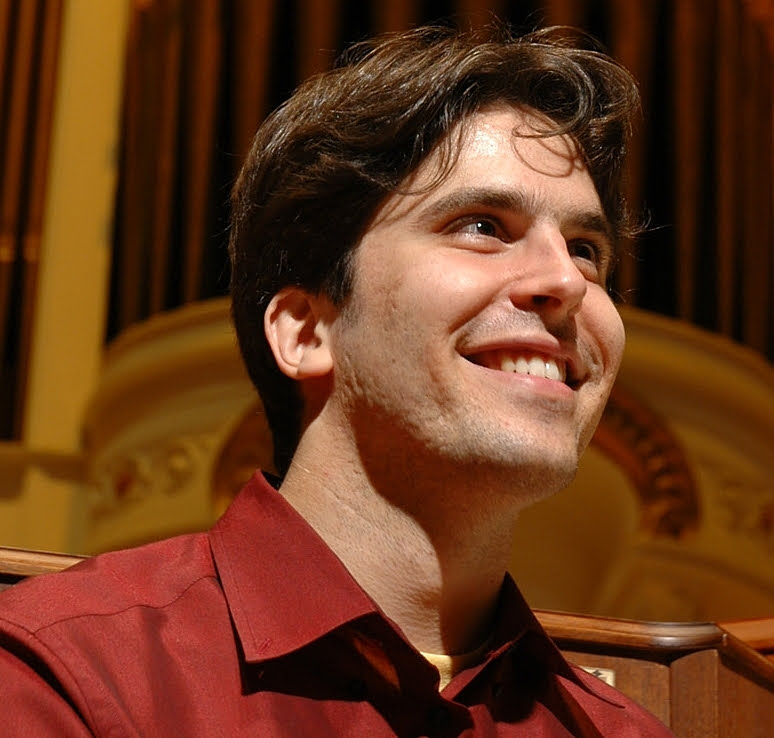 The wide, shallow bowl in front of the organ pavilion seats some 2,000 people, so listeners in this modest crowd of about 200 were able to spread themselves around, easily keeping that magical six feet of separation from each other. Sunday’s program had advertised the guest appearance of the San Diego Children’s Choir, a longstanding annual tradition with that musical organization, but the choir’s leadership decided that scheduling a later appearance at the pavilion was a prudent decision.

On short notice, then, Ramirez pulled together an organ recital of impressive solo repertory, which he delivered with his customary flair and stylistic integrity. He began with Léon Boēllmann’s sturdy Toccata from the Suite gothique, playing this burly late Romantic piece as a single exciting crescendo from its opening muted rumble to the fiery finale with reeds blazing. The Toccata’s fortissimo blast at its conclusion proved quite sufficient to drown out planes descending into the San Diego Airport, although it certainly seemed that far fewer planes than usual were landing during Sunday’s recital. From Boēllmann, Ramirez quickly shifted to J. S. Bach, the Prelude and Fugue in G Major, offering in his introduction some musical insights into the way Bach reflected the ascendant Italian instrumental music of his time in this ebullient Prelude and Fugue. With his spirited tempos and immaculate articulation, Ramirez gave this Bach Prelude and Fugue the buoyant character it deserves. Giving equal time to the French Baroque, Ramirez extracted a clever, three-movement suite from Louis-Nicolas Clérambault’s Suite on the First Tone that displayed several of the more orchestral solo colors that the Spreckels has in such abundance.

Franz Liszt’s quiet tone poem based on a lovely choral motet “Ave Maria” by the French Renaissance composer Jacques Arcadelt provided a meditative alternative to propulsive Baroque counterpoint, although quiet pieces on the Spreckels organ never sound as warm and ingratiating out in the middle of the audience area as they do to the organist sitting at the organ console on stage directly in front of the pipes.

For further stylistic contrast, Ramirez offered his own arrangement of Kander and Ebb’s “New York, New York,” that iconic ballad to the Big Apple made famous by Frank Sinatra’s interpretation (not to be confused with that other splashy “New York, New York” from Leonard Bernstein’s musical On the Town!)

César Franck’s “Pièce héroïque” may be less frequently performed than his any of his three Chorales, but it offers equal musical rewards, which Ramirez displayed with unusual sensitivity. He balanced the work’s military grandeur—as suggested by the title—with is introspective, even at times melancholic, withdrawal, without losing its urgent trajectory.