Patricia Racette may call her traveling show that stopped Saturday (November 14) at the Balboa Theatre “Diva on Detour,” but only half of that title is accurate. A leading soprano in major opera houses here and in Europe, Racette has earned her diva status, But her command of the cabaret songs that filled her “Diva on Detour” program amply demonstrated this sultry, intimate musical style entails no artistic detour for her. 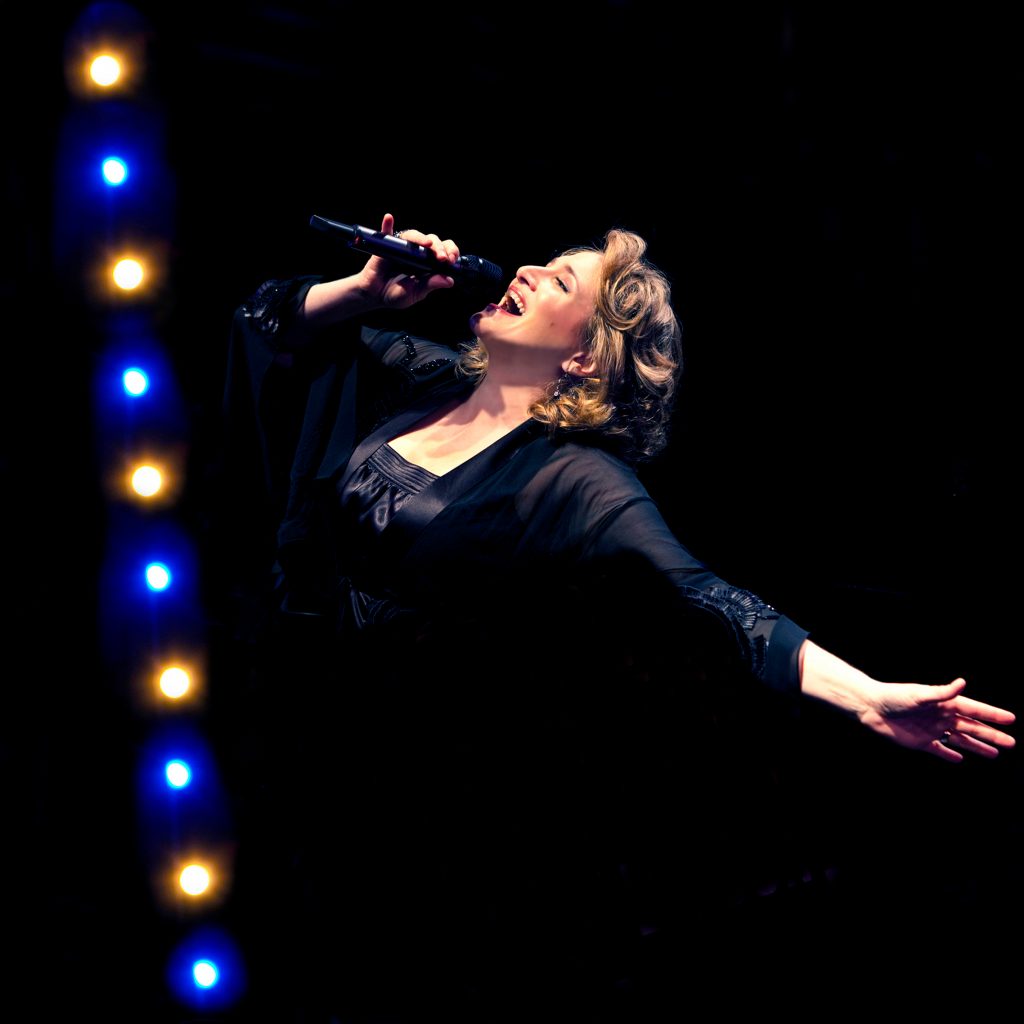 Blazing onto the Balboa stage, she pumped out a medley of Arlen’s “Get Happy” and the Gershwins’ “I Got Rhythm” with abandon, then shifted gears into the torch song reverie of “Here’s that Rainy Day,” caressing each regret-filled phrase. In that same mode, but more dangerously intense, her “Angel Eyes,” a Matt Davis standard, smoldered with languid anguish.

Her brilliant accompanist Craig Terry crafted an introduction that started with mere wisps of the “Angel Eyes” theme and slowly built them into a roaring fantasia worthy of a scary noir film score. The versatile Terry flashed his sophisticated straight-ahead jazz chops in his crisp solo in Vernon Duke’s “Not a Care in the World,” which Racette dispatched with breezy nonchalance. For “Come Rain or Come Shine,” another classic Arlen tune, Terry arranged the arpeggiated textures of J.S. Bach’s C Major Prelude from The Well-Tempered Clavier into a highly expressive accompaniment.

If any doubters remained in the audience, Racette won them over with her Edith Piaf medley that opened with her extroverted, seductive “Milord” and modulated into the ominous iterations of “Padam.” As Piaf’s signature “La Vie en Rose” climaxed this homage, Racette put down the microphone she had been using and sang in her more operatic soprano voice that easily filled the Balboa Theatre. And the applause for that flash of opera diva in the middle of this “Detour” program was thunderous.

In an interview some weeks before this performance, Racette stressed, “I do not sound like an opera singer when I do this program,” and, with the exception of “La Vie en Rose,” she stayed in chest voice and used the microphone, the expected performance practice for this style of music. Because as a teen-ager she had sung this popular cabaret music—before she went to college and discovered opera—Racette owns this repertory in a convincing manner that few “crossover” singers achieve, and all of her interpretations exuded an emotional authenticity and conviction of the highest order.

She took Larry Hart’s and Richard Rodgers’ rather square “Where or When” and jazzed it up, with the ample support of Terry’s effervescent keyboard riffs. From the immense Sondheim catalog, the superficial stage-fright fluttering of “I’m Calm” seemed like a wasted choice, but she belted “Not a Day Goes By” (from the musical Merrily We Roll Along) with soul-shattering fervor.

As her program neared its conclusion, Racette upped the emotional urgency with a dramatic take on Cole Porter’s “So in Love” and an impassioned “Mon Dieu,” Piaf’s imploring secular prayer.

For her encore, Racette offered a subdued but heartfelt “Maybe This Time” from the musical Cabaret.

The program was presented by San Diego Opera on November 14, 2015, at the Balboa Theatre. The company’s spring season opens with Puccini’s Tosca at Civic Theatre from February 13-21, 2016.