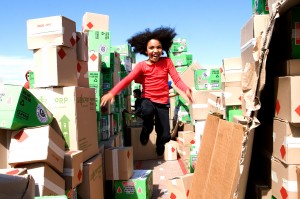 We Built This City
Photo by Wendy Kimpton

The La Jolla Playhouse announced at a press conference today that its inaugural Without Walls Festival will be staged October 3 – 6. The Playhouse portion of the University of California, San Diego, campus, will serve as a festival village for a series of performances and events presented in collaboration with the Museum of Contemporary Art, San Diego and the UCSD Department of Theatre and Dance.

Designed to “break the barriers of traditional theatre,” the festival aims to be low cost, with no admission charge for the festival grounds and many individual performances costing $25 or less. 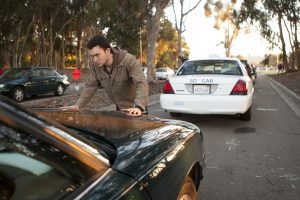 The Museum of Contemporary Art, San Diego, will present works by American Indian storyteller James Luna and by visual and performance artists Kate Gilmore and Jacolby Satterwhite. The museum will also open the festival with a version of its successful TNT (Thursday Night Thing) series. TNT brings together art, artists, and art patrons for activities, music, and cocktails. The UCSD Department of Theatre and Dance will announce its contributions to the festival at a later date.

Playhouse Artistic Director Christopher Ashley said that performances will be staged at least once each day during the festival and that some would be staged multiple times. He also said that it would be possible for a fan of the festival, with careful planning and early ticket purchases, to see everything being presented.

Tickets for festival activities are set to go on sale in the spring.

Regarding subscription shows, which aren’t set to resume until June, the Playhouse confirmed that director David Cromer will stage this summer’s production of Tribes. Mr. Cromer directed the off-Broadway production of Nina Raine’s play. Mr. Ashley will direct John Guare’s His Girl Friday, and Des McAnuff will direct a stage version of the film, Sideways, written by Rex Pickett, the original novelist. In the fall, Bill Condon will direct a re-imagined version of Bill Russell and Henry Krieger’s musical, Side Show.  Side Show will be produced in association with Washington, DC’s John F. Kennedy Center for the Performing Arts.