Who is María of Buenos Aires, anyway? Is she another Eva Maria Duarte from the Argentine hinterlands attempting to make her mark on Buenos Aires? Is she just another streetwalker with the proverbial heart of gold? Or is she yet another apparition of the Blessed Virgin Mary? 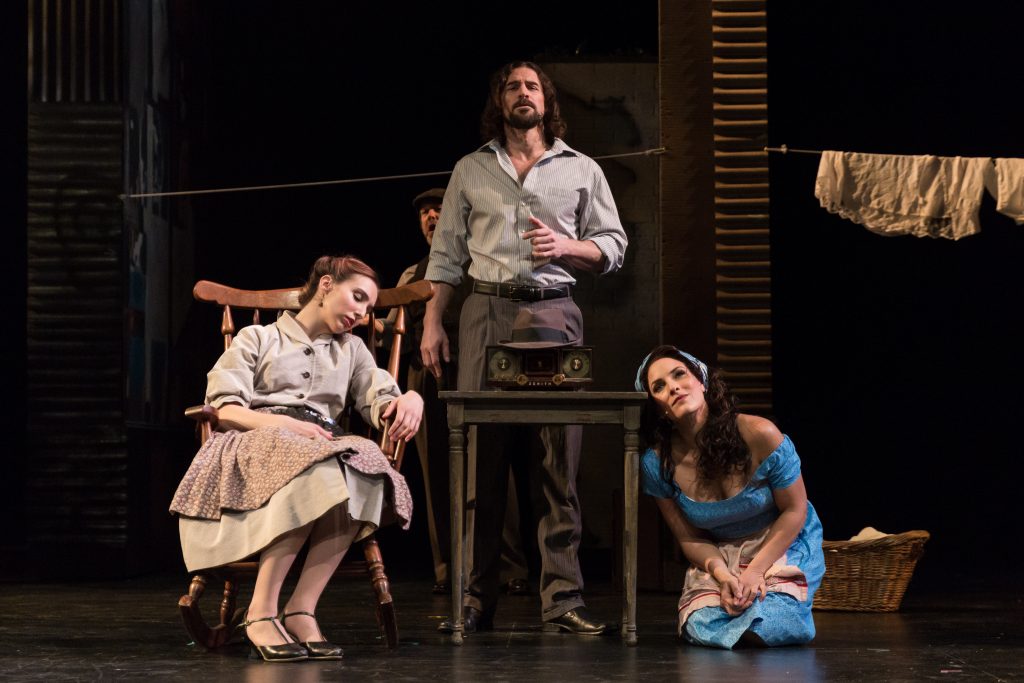 Members of the San Diego Opera audience may have left Friday’s (January 26) opening night performance of Ástor Piazzolla’s tango opera María de Buenos Aires in a quandary over the identity of the work’s protagonist, but there was no doubt about the depth and allure of Piazzolla’s music. The seductive lilt of even the most quotidian tango is hard to resist, but Piazzolla is never content with facile success.

From the orchestral prelude’s pulsing opening themes, the composer seduced his audience. In addition to the abundance of rich melodic invention, his score offered a tango chaconne, a tango fugue on a subject whose complexity even J. S. Bach never approached, and a tango sonata form, although I confess that I was sufficiently distracted by the disciplined, sleek choreography of tango dancing brothers Laurence and Lester Gonzalez, that I lost my concentration, and I am not certain if the two opening sonata form themes actually returned in the home key during the recapitulation. Librettist Horacio Ferrer opens his story with several scenes that establish María’s tedious provincial life, but soon she produces that iconic suitcase (but does not launch into “Another Suitcase in Another Hall”) that signals farewell to her “sad existence.” As María, Audrey Babcock used her dark-hued mezzo-soprano to establish her character’s earnest yearnings, especially in her big aria “Jo soy Maria.” Matching her timbre with even duskier shades, baritone Paul La Rosa established El Payador as María’s sometime lover and occasional protector, although unlike the monochromatic Babcock, La Rosa drew on a variety of vocal colors that paralleled and supported the opera’s contrasting episodic dramatic situations. Director and choreographer John de los Santos deserves immense credit for shaping this chimerical opera, keeping the diffused actions of the secondary characters—which Ferrer simply calls the Ensemble—cleanly focused and employing dance as a kind of connective tissue that happens spontaneously rather than as a flashy set piece that stops the dramatic action. The downside of Ferrer’s poetic surrealism is a compromised sense of dramatic progression, and de los Santos’ direction and dance design have compensated for this factor without losing Ferrer’s surrealist edge. Conducting from the grand piano, Bruce Stasyna drew polished and rhythmically well-defined performances from his 11-piece onstage orchestra. Kudos to crystalline vocal solo accompaniments from Stasyna and from guitarist Fred Benedetti, as well as sparkling percussion themes from Jon Szanto and Benjamin Irons. Without the vibrant bandoneon colors from David Alsina, an authentic Argentine tango sonority simply could not materialize; Alsina was both elegant and indispensable. San Diego Symphony strings, led by First Violin Wesley Precourt, provided laudable warmth and stylish support throughout the opera.